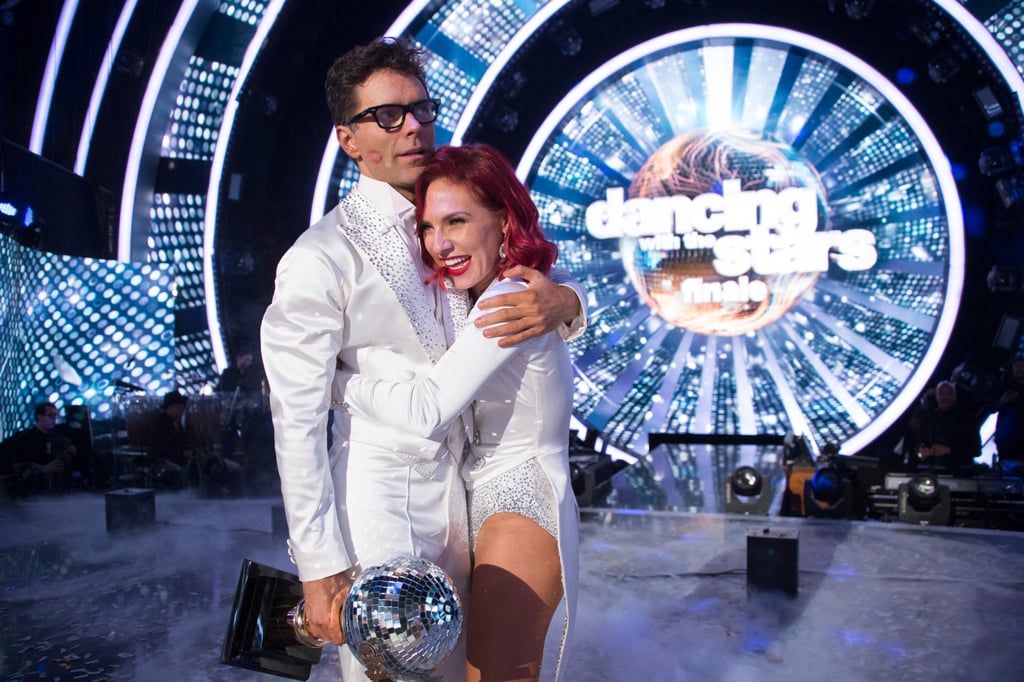 Dancing With the Stars has been full of surprises over the years, but the season 27 finale might have one of the biggest. On Monday night, Bobby Bones and his partner, Sharna Burgess, won the competition and took home the Mirror Ball Trophy. After the pair received mediocre scores throughout the season, fans were pretty shocked with the results, but no one was more shocked than Bones himself. When his name was called, he (and the rest of the competitors) looked completely dumbfounded.

As if his face didn't say it all, shortly after the show aired, Bones admitted that he couldn't believe they won. "We were shocked," Bones told Entertainment Tonight. "You have to think about it, [when] we started the show, I had never danced before!" He went on to gush about how great his partner was through the process. "She got stuck with someone — she's done [the show with] athletes and people that are like super [talented], she got Nick Carter and Antonio Brown, and then all of a sudden she gets Gumby," he said before adding, "I cannot believe we won."

While Bones's win has certainly generated mixed reactions, fans are happy that Burgess finally won the Mirror Ball Trophy. The dancing pro first joined the cast during season 16, and this is her first win, after competing in the finals four times. "Mostly, I'm happy for her," Bones added about his win. "I'm the most happy for frickin' Sharna, because she deserved this."

Related:
All 29 Celebrities Who Have Won Dancing With the Stars
Previous Next Start Slideshow
Dancing With The StarsTVBobby BonesTwitter Reactions