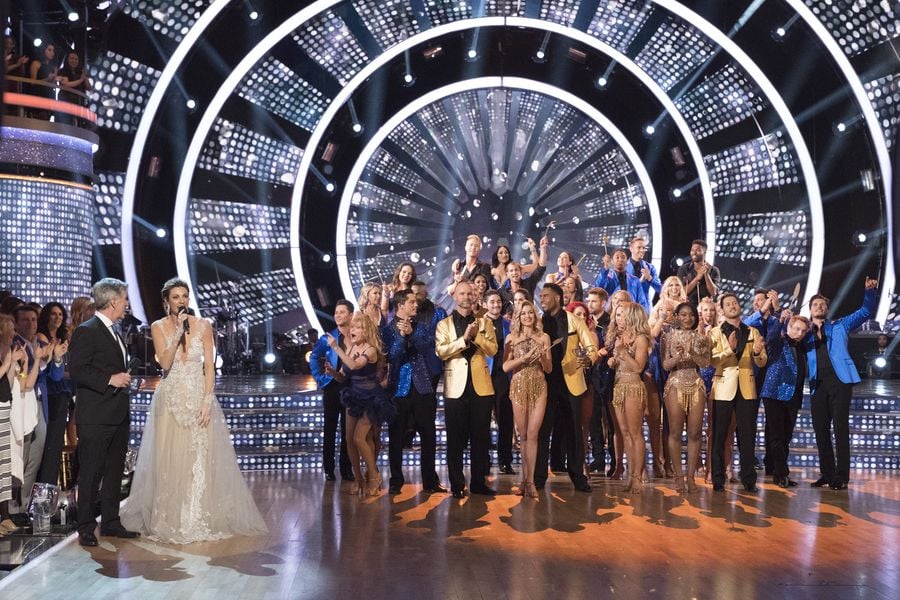 Dancing With the Stars has officially crowned its winner! Following a fun-filled season 24 finale on Tuesday night, Rashad Jennings and his partner, Emma Slater, took home the mirror ball trophy. While the football star's win shouldn't come as a surprise — he's been a fan favorite since the moment he danced to Bruno Mars's "24K Magic" on the first night — the audience and judges were visibly shocked to see Fifth Harmony's Normani Kordei take third place after Chicago Cubs baseball player David Ross. Even her bandmates looked confused as they sat in the crowd. What can we say? This season has been full of numerous twists and turns.

THIS SAYS EVERYTHING!! THEIR FACES SAY EVERYTHING! #DWTS pic.twitter.com/uTPfk6nSdA

Grey's Anatomy
Grey's Anatomy Is Coming Back For Season 18, and So Are Meredith, Bailey, and Webber
by Grayson Gilcrease 4 hours ago