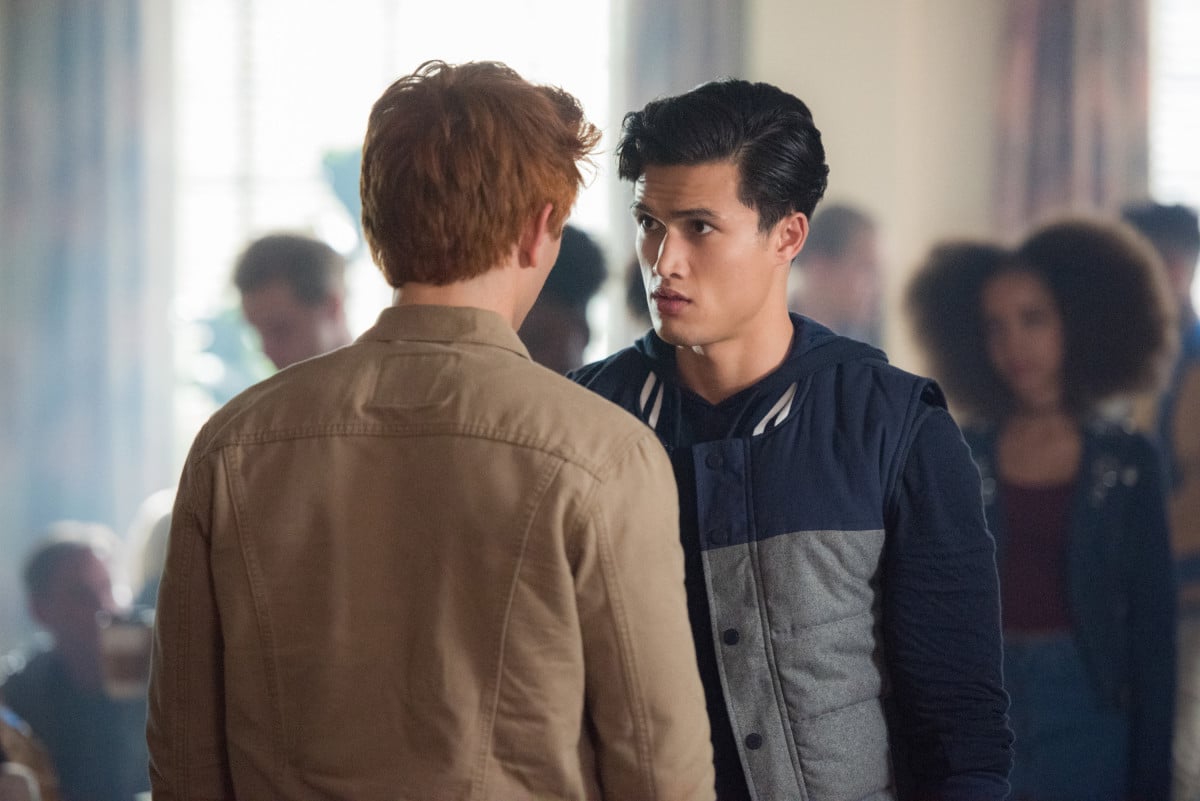 The characters on Riverdale might be dropping like flies thanks to the serial killer on the loose, but listen — we're not here to discuss that. We're here to discuss The CW show's obscenely gorgeous new Reggie, played by Charles Melton. The American Horror Story: Hotel actor — who is no stranger to being TV eye candy — got way more airtime in season two's second episode, leaving Twitter seriously thirsty for more. While some fans were a little unsure if Melton would be able to fill the original Reggie's shoes (played by Ross Butler, who left Riverdale for a larger part in season two of 13 Reasons Why), it's safe to say anyone with doubts is now firmly on board the New Reggie train. See for yourself ahead!

Related:
You Won't Be Able to Get Riverdale's Catchy "Milkshake" Cover Out of Your Head

Charles Melton is Fiiiiiiiiiiiine I like him as the new Reggie.

I haven't decided which I prefer but new Reggie is the most beautiful man ever. Like look at him. pic.twitter.com/NZhWS8rBFJ

YO new Reggie on Riverdale is a SMOKE SHOW. I don't even miss the old Reggie. @TheCW

#riverdale THE NEW REGGIE GOT ME SHOOKETHHHH

Riverdale did a good job casting that guy as Reggie😻😻😻😻

Okay so Reggie 2.0 on #Riverdale is outrageously good looking.

I love @_MELTON_ as Reggie so much #Riverdale

The new Reggie is so fucking hot im shaking #Riverdale