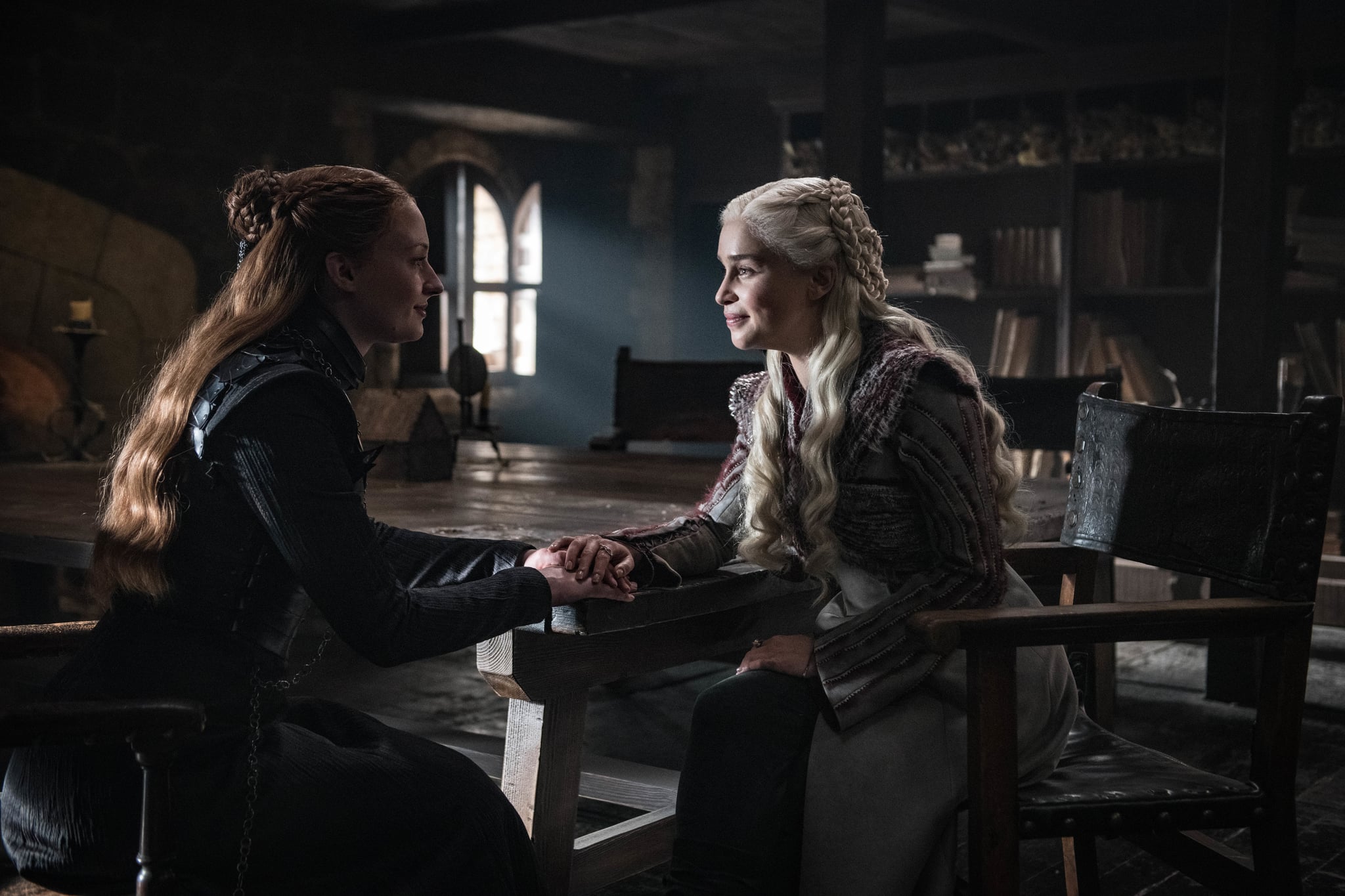 Fans have been anticipating the meeting of Sansa Stark and Daenerys Targaryen since before Game of Thrones' eighth season even began. When you think about it, the two seem to have a lot in common: they're leaders who have to deal with men thinking they know better than them — whenever they're not trying to sleep with them — and they've both had to fight for their independence (though Daenerys's dragons helped ease her way quite a bit). But when the women actually meet, they're instantly at odds. Rather than quickly finding a sisterhood, the two butt heads in nearly every situation and never seem to find common ground.

To some, this "rivalry" is seen as petty and an injustice to both of the characters: why can't two women work together instead of exchanging passive aggressive snipes and bickering at every chance? Some have seen it as another example of how Game of Thrones' male writers are bad at writing female characters, which isn't an unfair accusation considering how poorly handled stories concerning women have been on the show. But the particular tension between Sansa and Daenerys isn't an example of that — if anything, it's one of the most authentic relationships Game of Thrones has featured in a long time.

Related:
Game of Thrones: Why Sansa Might Be the 1 Who Brings About Dany's Downfall

Sansa and Daenerys aren't simply two women who randomly meet in a pub one night in Winterfell and decide to hate one another. Even before they meet, there is already a complex history between them (and none of it is good). Combine that with their vastly different visions of the future, the politics at play, and the circumstances bringing them together, and there's genuinely no way the two of them would be able to get along.

Before Daenerys even steps foot in Westeros, she's well-known by the noble houses of the Seven Kingdoms. Rumors of her have been floating around since season one, even reaching the Night's Watch at the Wall. By the time Daenerys makes her way to Winterfell with Jon and the rest of her retinue, Sansa already knows about Dany's journey to Westeros, and she isn't impressed by her dragons or her great armies. To Sansa, a woman who has watched power-hungry people reign on the Iron Throne up close and personal, Daenerys's belief that she is the rightful ruler of the Seven Kingdoms is undeserved entitlement. Not only was her father rightfully overthrown for being a murderous tyrant, but Daenerys has never stepped foot in Westeros until now. She doesn't know the people; she doesn't truly know what they need (aside from Cersei dead and buried), and she doesn't really care. She wants to claim the throne because . . . destiny?

Dany's crusade for the throne is not the same as Sansa and Jon's fight to take back Winterfell. For one, the two grew up in the North and have known it all their lives. For another, the ancestral home of the Starks was taken from their family by betrayal, and thus, was handled in kind. It also doesn't help that when Daenerys does arrive in Westeros, she demands total subjection from people who don't know her from a hole in the Wall, and threatens to take their lives with "fire and blood" if she doesn't get it. As Sansa tells Arya back in season seven, executing people may be satisfying but it's not how you get them to work together. It just makes them fear you (and makes them more liable to conspire against you). 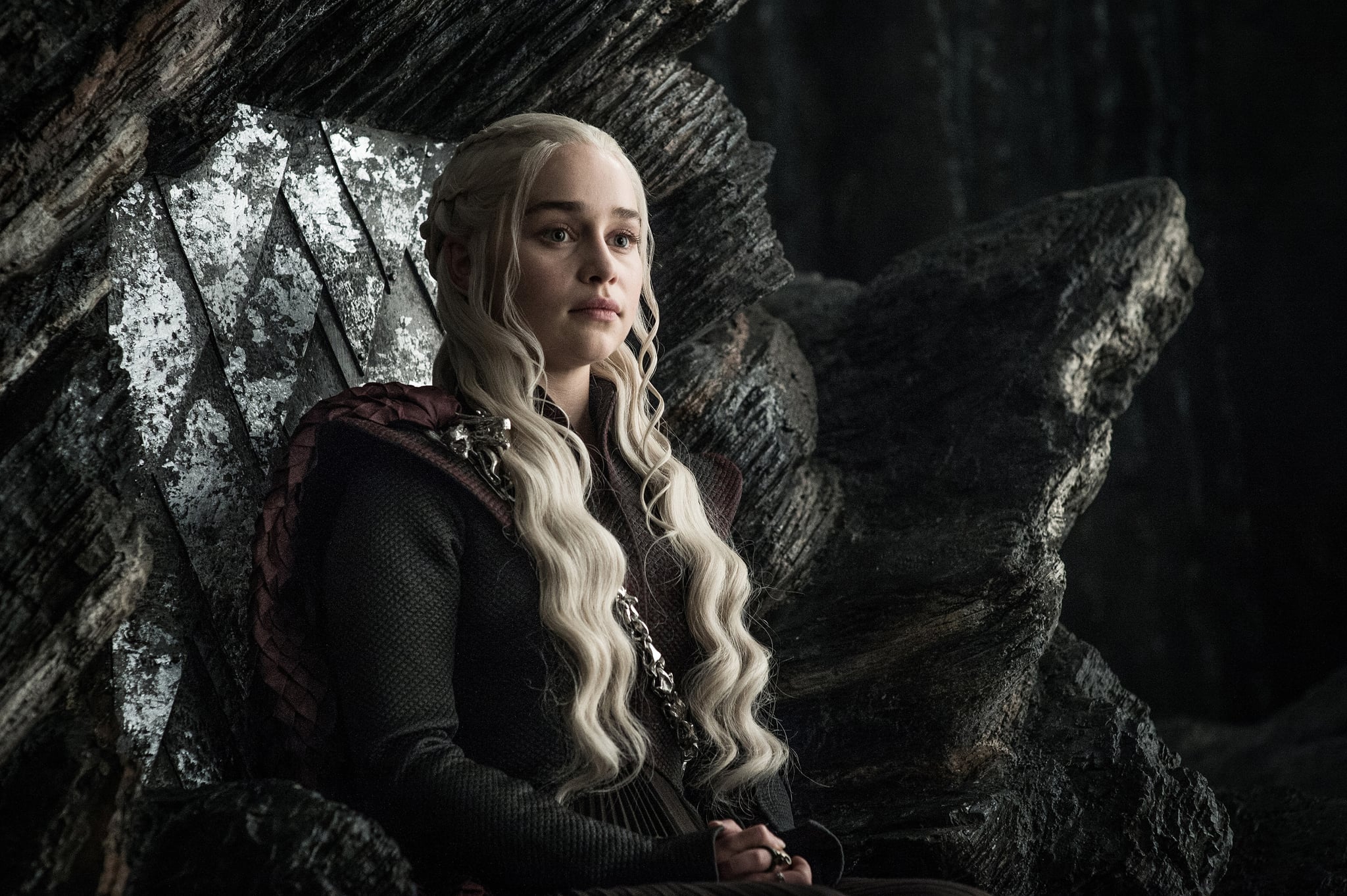 From her time in King's Landing to her journey back to the North, Sansa knows firsthand what it's like to live under the control of a ruler whose compassion is overriden by their desire for power. She saw how Robert Baratheon let the Lannisters virtually gain all control over his kingdom because he resented the crown. She saw Joffrey use his power to terrorize anyone he wanted, petulantly proclaiming he was the king to anyone who looked at him twice. She was a personal victim to Cersei's machinations, all in the name of playing the game of thrones. When she sees Daenerys ride into Winterfell, she sees a queen who promises death to those who don't bend to her will, and she knows that's not a fate she wants for the North.

When Daenerys first meets Sansa, it's obvious that she expects the other to welcome her warmly. Though Jon warns her that the North isn't accepting of strangers, she assumes that his family will be friendlier towards her. But Sansa immediately sets the tone when she greets her coldly. The two continue to clash from there on, though neither is ever blatantly disrespectful towards the other. Daenerys is obviously taken aback by the cold reception; she's used to being loved and worshiped from her travels in Essos, and the North's palpable disdain for her is unsettling. Sansa is one of the first people she comes across who openly dislikes, her and she can't burn her to a crisp for defiance.

Sansa has been through too much to trust a ruler who kills as easily as she breaks chains.

There's probably a small part of Daenerys that initially hopes to become close to Sansa (maybe also Arya, but the two never interact with one another on screen). Even with her followers, she's never had a true friendship that doesn't bear an undeniable power imbalance. Despite Jon's warning, she probably hopes that Sansa will be drawn in by her power and beauty. Instead, the younger woman doesn't trust her because of their family history and her penchant for violence. True to her nature, Daenerys can't help but be threatened by Sansa's civil rejection, telling Jon she will have to "deal with" her if she carries on.

Even her attempts to bond over common ground with Sansa in episode three die before they even get started. As soon as Sansa reveals she isn't interested in false words and she wants to ensure that the North keeps the freedom they fought for, the Dragon Queen drops any pretense of amiability. She's unwilling to even consider leaving the North its independence, especially when she seems to think of it as repayment for the loss of her dragon.

Are they supposed to put aside their fundamental differences to play at being cordial because it seems petty to do otherwise? Unless you've been watching a completely different series, none of these women are the type to stiffen their upper lip when they feel passionately about anything. This is the same Sansa Stark who told Joffrey (to his face) that Robb might bring his head to her in the end. This is the same Daenerys Targaryen who told her brother the next time he touched her would be the last time he had hands. If anything, this conversation solidifies Sansa's belief that Daenerys prioritizes her claim to the throne above all else, and she knows that she doesn't want that kind of ruler presiding over the North.

It's that thought that motivates Sansa to share the truth of Jon's parentage with Tyrion, whose fear of his queen she's able to discern. It pushes her to realize that she and Arya aren't the only ones who sense that Daenerys is dangerous to the people she wants to "save." It's why she suggests Jon as a better alternative for the throne, even though he doesn't want it. She believes he can unite the kingdoms better than anyone, especially seeing how he is able to garner support from the Northerners enough for them to name him king.

Related:
Did You Catch Daenerys's Final Words to Jon Snow Before the Battle at King's Landing?

Regardless of how their individual journeys end on Game of Thrones, the discord between Sansa and Daenerys has been one of my favorite elements in an otherwise deeply uneven season. The two women have been through so much over the last several seasons, and to ignore the growth they've made by forcing them into a pseudo friendship would have cheapened their stories. Sansa has been through too much to trust a ruler who kills as easily as she breaks chains, and Daenerys has been betrayed a few too many times to simply accept the Stark's open rebellion. Honestly, it's refreshing to see a relationship finally done right on the series.

Sarah Jessica Parker
Grab Your Cosmos! Here's Everything We Know About the Sex and the City Revival
by Monica Sisavat 54 minutes ago

The Office
The Bold Type Snuck In a Sly Reference to The Office, and We Almost Missed It
by Victoria Messina 5 hours ago