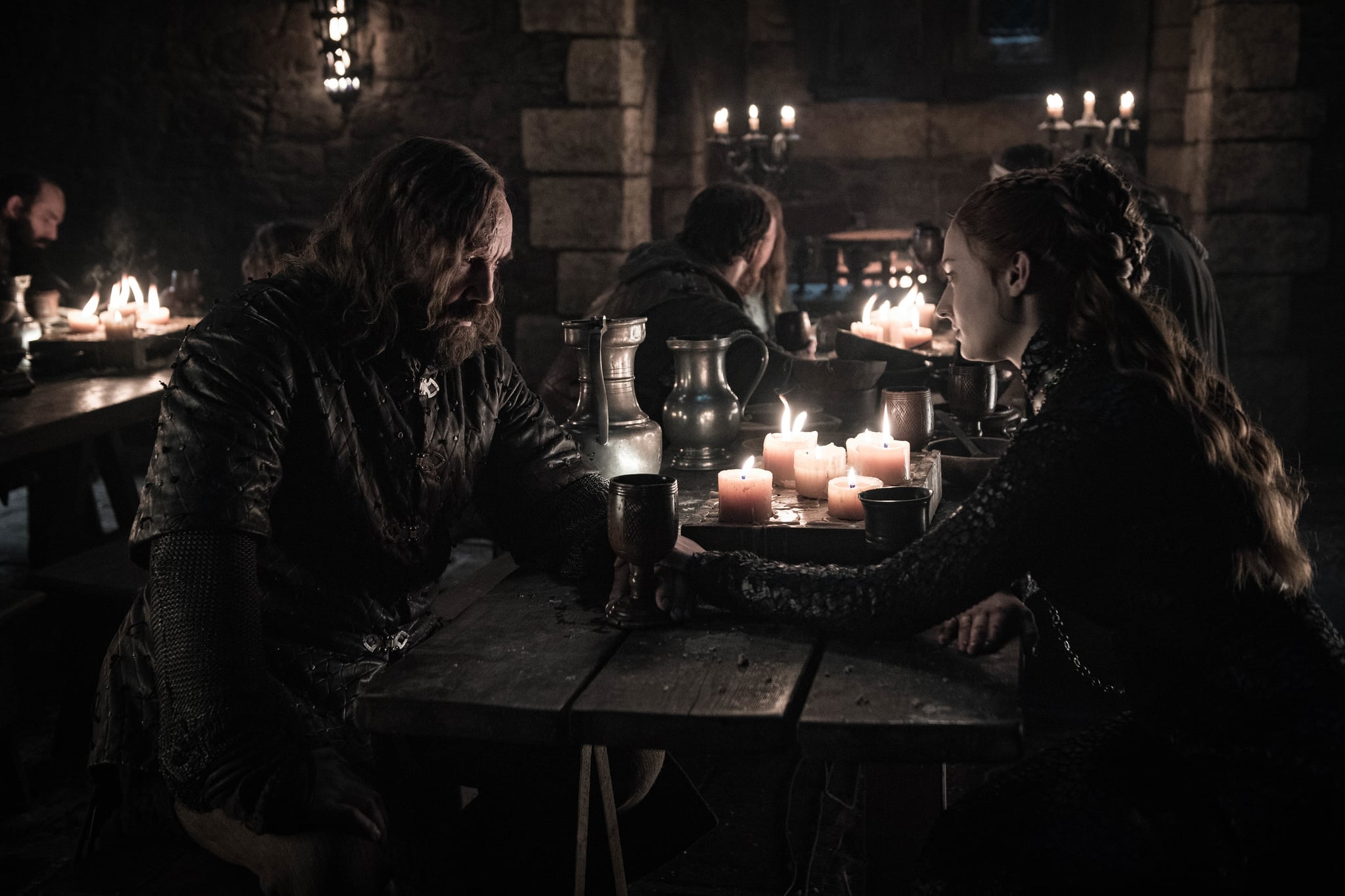 Sunday night's episode of Game of Thrones was as much an emotional roller coaster as we expected with now just two installments of the series remaining. But even amid fast-moving, shocking twists and turns, one particular piece of dialogue sticks out.

In the aftermath of the carnage of the Battle of Winterfell, Sansa Stark briefly reunites with Sandor Clegane, who wastes no time in referencing her rape at the hands of Ramsay Bolton, as he flippantly says he "heard [she'd been broken] in." Sansa responds by noting with pride that Bolton "got what he deserved" and that she "gave it to him." But what is likely meant to be an empowering exchange takes a frustrating turn when she seems to attribute all of her growth to experiencing abuse: "Without Littlefinger and Ramsay and the rest, I would've stayed a little bird all my life."

The line feels like a callback to the misogyny and many sexist writing choices of previous seasons and hints at the frustrating limits of male writing of female characters. In many movies and TV shows — and certainly, on Game of Thrones — rape and sexual abuse are often treated as the only plot devices through which female characters can become "interesting," or grow and become strong. This has always been reductive and dehumanizing, not just to fictional characters but often to real-life survivors, too. Plot lines like this portray female characters who survive sexual assault as exclusively defined by what men do to them, and as a result, position them as objects.

This use of rape as an oversimplified gender trope can often be traced to male writers, like Game of Thrones creators David Benioff and D.B. Weiss, who wrote Sunday night's episode. In the aforementioned exchange between Sansa and the Hound in "The Last of the Starks," whether or not Benioff and Weiss intended this, Sansa's words ultimately suggest rape is justifiable if it spurs perceived positives. Her line implies the act of sexual violence itself rather than a survivor's fortitude and courage is what leads to growth in women and female characters like her.

The underlying message, here, seems to be that the bodies of female characters can be relegated to collateral damage for the sake of one-dimensional male storytelling. There are several examples of this, certainly in Sunday night's episode, but also throughout the series.

In the same episode Sansa seems thankful for her experiences with sexual violence, Missandei — the sole woman of color character on the series — meets her violent end for the purpose of angering Daenerys Targaryen and moving Daenerys's plot line forward. And unfortunately, in many ways, Missandei's execution is more of the same throughout the series, from Shireen Baratheon's gruesome death and Cersei Lannister's naked walk of shame in season five, to Daenerys's routine experiences with marital rape at the advent of the show and Gilly's life at Craster's Keep. Female characters and their experiences with trauma are often portrayed not in a human or vaguely thoughtful and sympathetic manner but, rather, as moving chess pieces by male writers.

Granted, this criticism isn't new, and Benioff, Weiss, and George R.R. Martin, the author of the book series upon which Game of Thrones is based, have spoken to these complaints before. 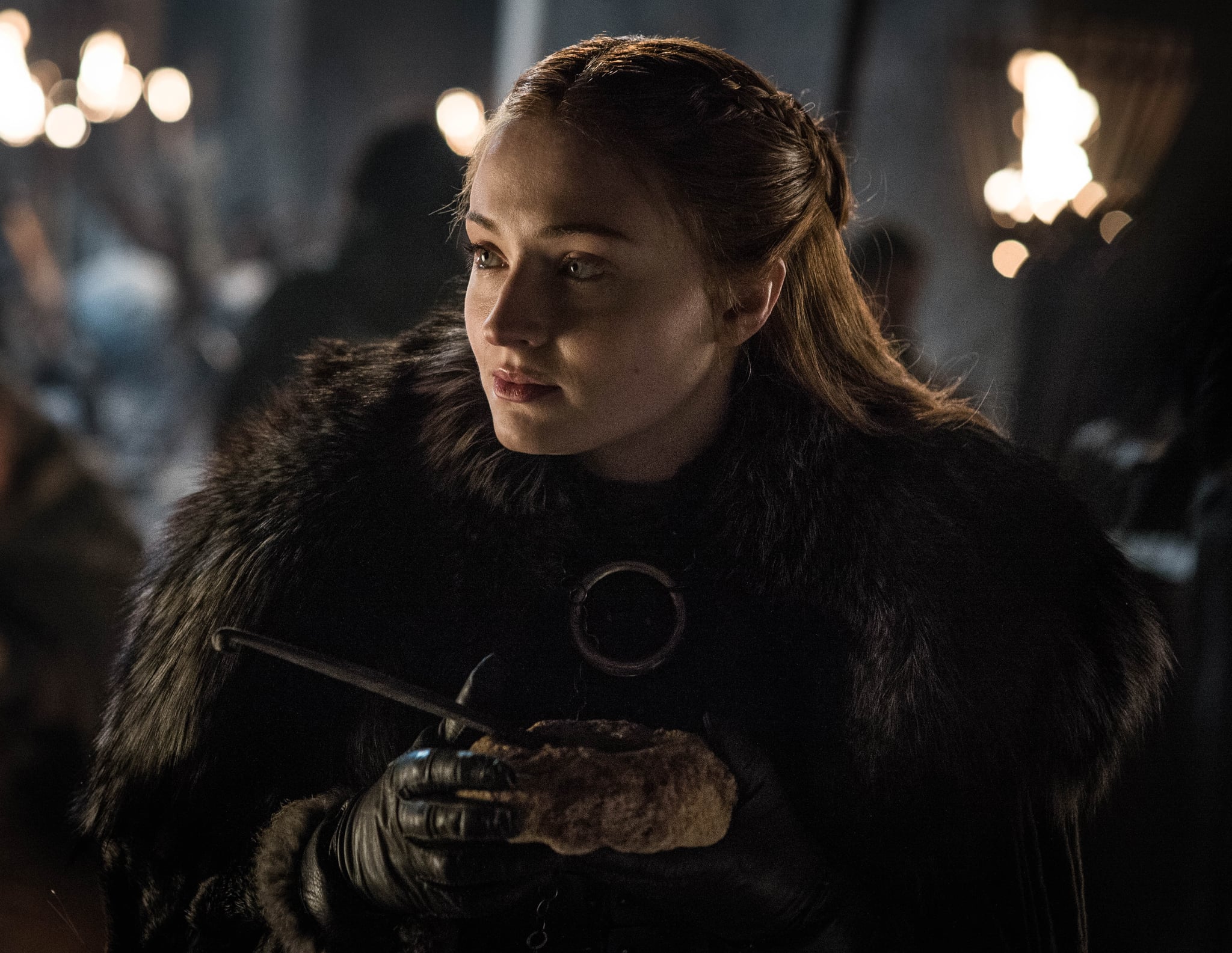 In 2015, in the aftermath of Sansa's experience with rape on her wedding night, reports said the show's creators "were responsive to the discussion and there were a couple of things that changed as a result" in the face of mass outrage. But one of the show's directors, Jeremy Podeswa, ultimately doubled down on defending the scene: "It is important that [the producers] not self-censor. The show depicts a brutal world where horrible things happen. They did not want to be too overly influenced by [criticism]," he said.

Martin has also spoken at length about sexual violence in his writing. "The books reflect a patriarchal society based on the Middle Ages. The Middle Ages were not a time of sexual egalitarianism," he said in 2015. Martin added: "Most stories depict what I call the 'Disneyland Middle Ages' — there are princes and princesses and knights in shining armor, but they didn't want to show what those societies meant and how they functioned . . . And then there's the whole issue of sexual violence . . . I'm writing about war, which what almost all epic fantasy is about."

But the point they constantly miss is that no one is saying rape and sexual violence weren't devastating realities of the medieval world in which Game of Thrones and Martin's A Song of Ice and Fire are set. Rather, what many feminist critiques of the series point out is that using rape and violence as central points in storytelling for female characters over and over again is limiting and reductive — especially when rape is treated as the only thing that gives female characters humanity, dimension, and growth.

Additionally, there is an undeniable irony in male writers like Weiss, Benioff, and Martin dismissing feminist criticisms of rape in their writing by mansplaining to their female critics that sexual violence was simply a reality of medieval society. The condescending insinuation here is that we, as modern women, have it so good, we couldn't possibly wrap our heads around the truth.

Yet, ultimately, in a real-life world where one in five women experiences sexual assault in her lifetime, it's important to understand that sexual violence is so much more than a plot device to deal female characters in far away, fictional lands. It's something many women — and certainly, many women who watch Game of Thrones — grapple with in our real lives, not something that exclusively takes place in fantasy worlds and on TV screens.

If Game of Thrones is as rooted in dark realities as its writers claim, then it should acknowledge how, in real life, surviving sexual assault is so much more than a storytelling device for women. And the show's writers should have adapted the series a long, long time ago to reflect this.