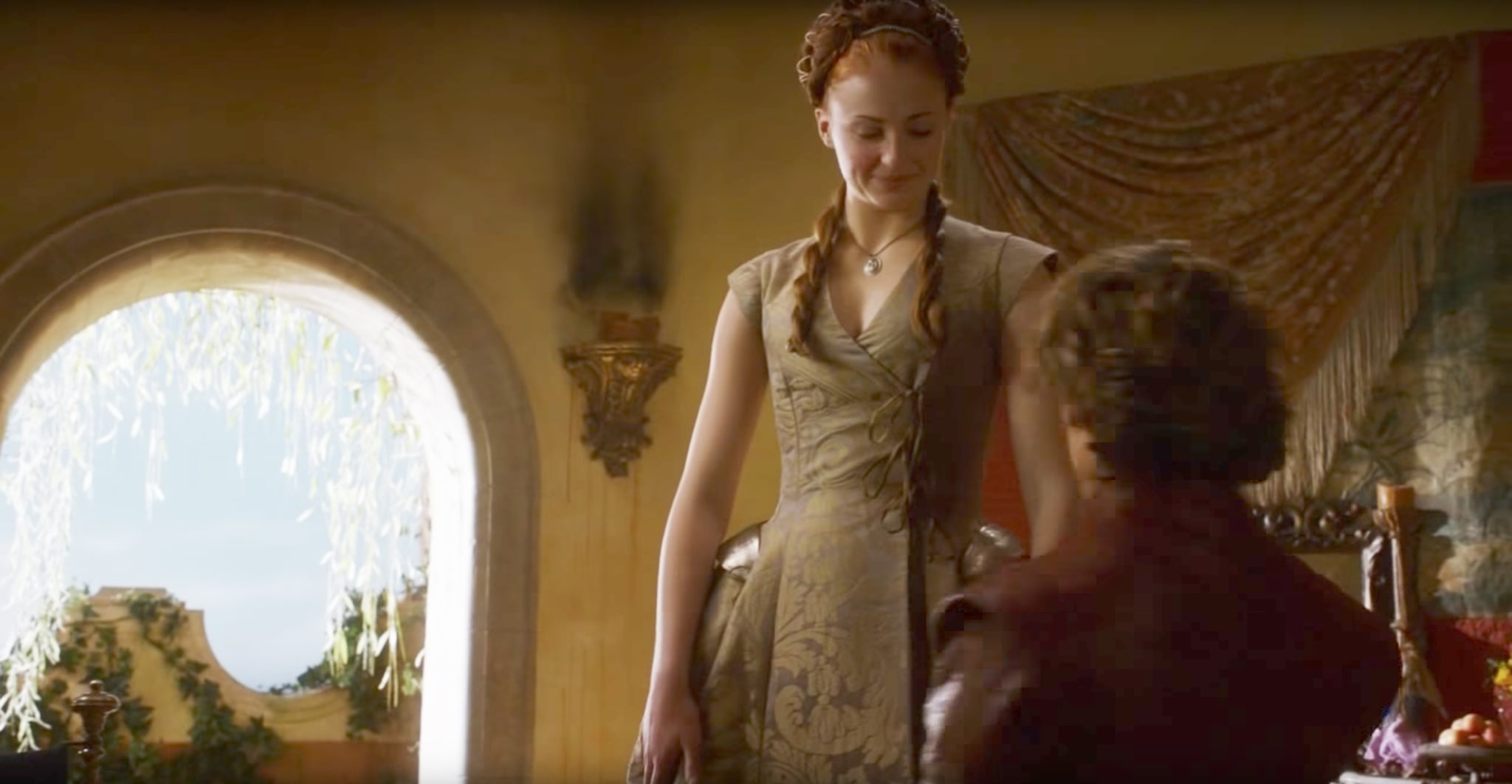 We can expect many exciting things from Game of Thrones season eight, but the one I'm most excited about is Sansa Stark's inevitable reunion with Tyrion Lannister. You might be thinking: "Why would you be excited about Sansa seeing her former husband again, you weirdo?" Well, the answer is easy — because I think that, if Sansa ever decides to give love another shot, it should be with Tyrion. They'd be great together.

The audience wants a happy ending for Sansa, and for many fans, that hope manifests itself as visions of her finally finding the guy or gal of her dreams.

I know, I know . . . we need to give Sansa a break and stop expecting that romance could solve her problems. I'm all about it! I fully support a Game of Thrones that ends with my favorite character as the happily single Lady of Winterfell. But the fact is, the audience wants a happy ending for Sansa, and for many fans, that hope manifests itself as visions of her finally finding the guy or gal of her dreams.

Well, if we're entertaining ideas of Sansa falling in love again — why not with Tyrion? Sure, they've been married once before, but that is a marriage between and man and child; and what's more, it is a marriage that both parties are forced into. A marriage under duress isn't exactly a setup for success, but in the scheme of GOT unions it is a relatively happy one. Despite the other Lannisters' unspeakably cruel treatment of Sansa, she and Tyrion have a mutual respect borne partly out of their agreement not to consummate the marriage.

Eventually, of course, the marriage ends when Sansa flees King's Landing, unintentionally implicating Tyrion in his nephew Joffrey's murder. But as we're reminded when Jon Snow and Tyrion meet at Dragonstone in season seven, there are no hard feelings between the former spouses. So now that Tyrion is headed north with Jon and Daenerys, here's my take on why he and Sansa could actually make a perfect couple should they reconnect at Winterfell.

Why Sansa and Tyrion Are a Perfect Pairing:

I'm not saying that Sansa needs to find love again, but if she does, Tyrion Lannister is the only guy so far who is close to worthy of her affection. Just write "The Lion and The Wolf" on my tombstone, because I will go down with this ship!

Taylor Swift
All the Signs Taylor Swift Has a Secret, Unreleased Album From 2016 Coming Soon
by Olivia Luppino 9 hours ago