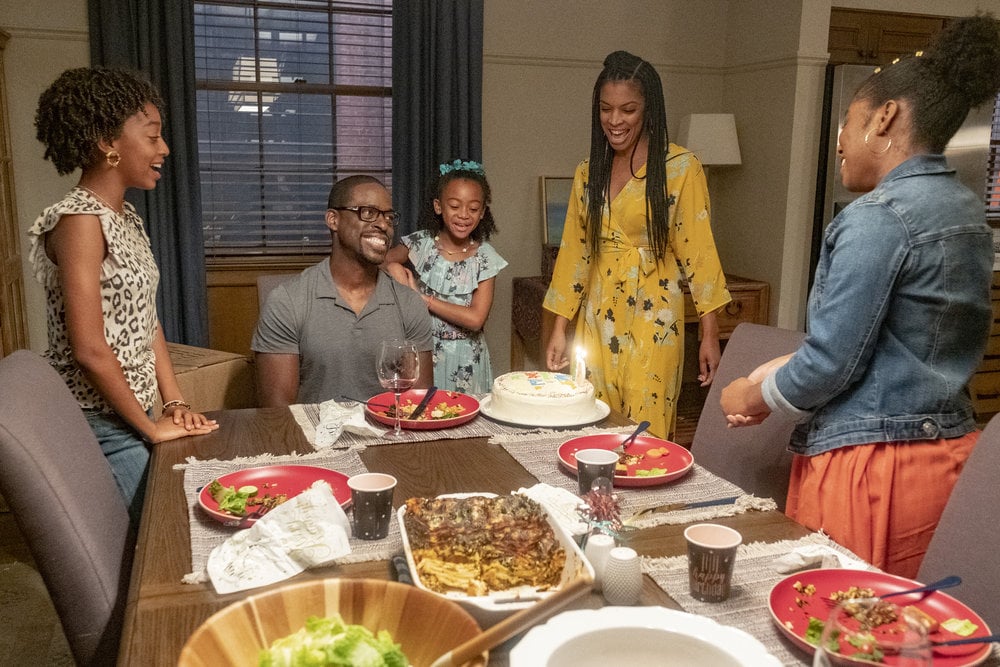 After making us bawl our eyes out during the season three finale, it appears like This Is Us might be taking a lighter approach for its upcoming season. In the first photos from the season four premiere on Sept. 24, we get a glimpse of the Pearson family adjusting to their new lives. Kate and Toby are seen cuddling their newborn baby Jack, while Randall and Beth seem to be adjusting quite nicely after their big move to Philadelphia. Not to mention, it looks like we're going to see Jack's first meeting with Rebecca's parents in a flashback.

While the recent trailer for season four has us questioning everything, the new photos seem to tease that there are happier moments ahead — at least in the premiere! Soon all of those guest-stars in the trailer will make sense, but in the meantime, see all the photos from the upcoming season ahead.

Related:
This Is Us: The Pearson Family Is Undergoing a Lot of Changes in Season 4
Previous Next Start Slideshow
This Is UsFall TVTV