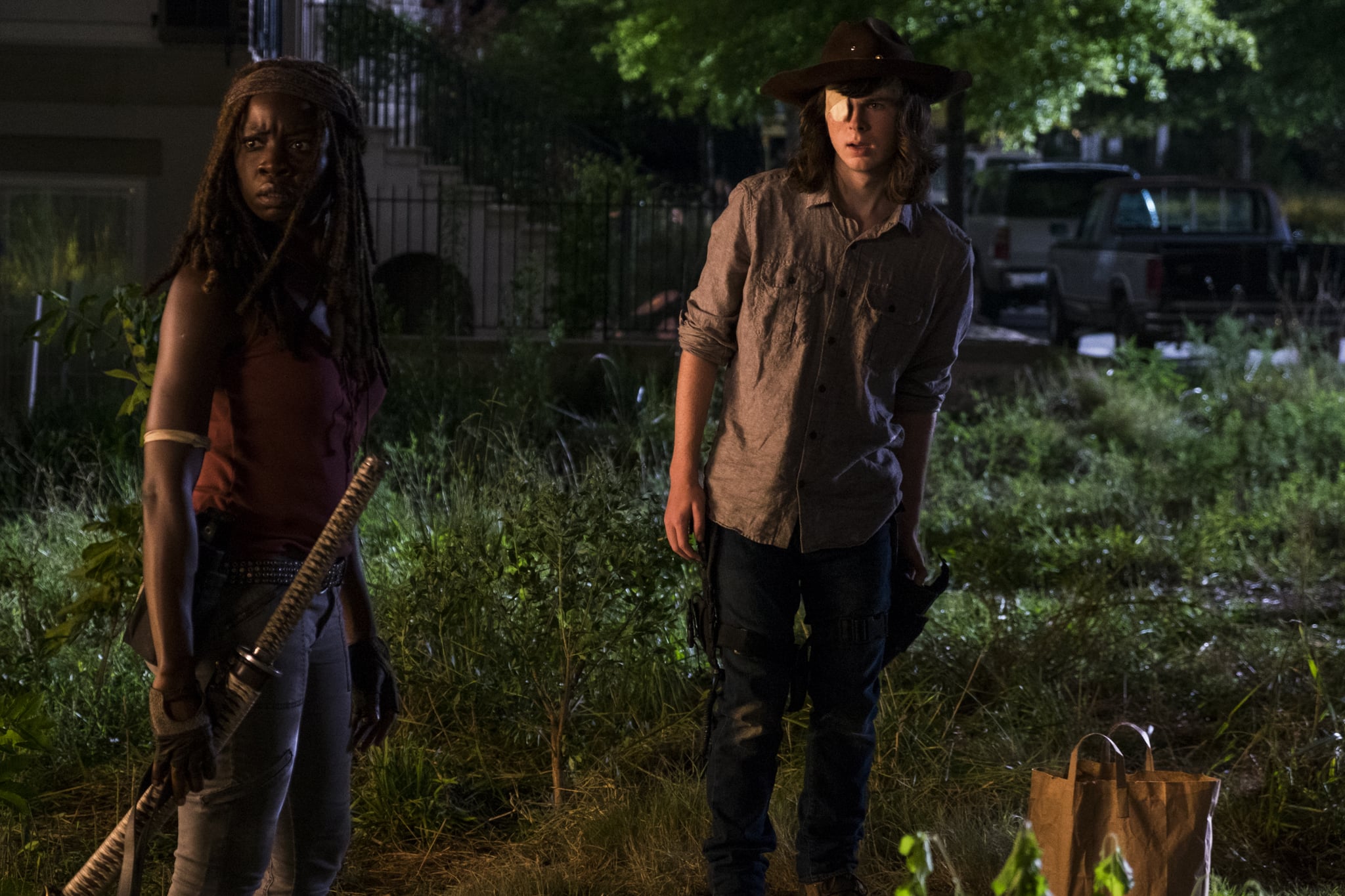 Giant spoilers for The Walking Dead below!

The Walking Dead shocked pretty much everyone during season eight's most recent episode, "How It's Gotta Be," when it was revealed that Carl Grimes is going to die. In the final few moments of the tense episode, which sees Carl (Chandler Riggs) acting courageously to help save Alexandria, Rick's teenage son discloses the deeply upsetting fact that he was bitten on the ribs a few days prior. While he doesn't die then and there, the bite is most certainly fatal.

Needless to say, the decision to kill off Carl comes as a huge surprise since his character lives on far beyond this point in creator Robert Kirkman's comic series. It's not only one of the biggest departures from the source material, but it also calls into question Negan's storyline. The monologue-loving villain forges a strange relationship with Carl, which plays a big part in how the story wraps up.

As the story goes in the comics, Carl continues to voice his distaste for Negan despite a mutual respect that blossoms between the two. Carl agrees to Rick's plan to wage war against the Saviors, and eventually Rick's group defeats Negan. Ultimately Rick decides to spare the villain's life, even as Carl insists that killing Negan is the only way to ensure nothing like this happens again. Rick refuses, and then the comics fast-forward to two years in the future. Carl is seen going into the basement of an unfamiliar house and telling a shadowy figure about his recent interaction with a woman. The man, whose face is mostly obscured and is clearly a prisoner, has a pleasant chat with him, telling Carl that their talks help him keep track of the days. He then asks if Carl still wants to kill him, to which Carl replies, "Yes, Negan. You know I do."

Related:
The Walking Dead: A Rundown of Everyone Who Just Bit It

In the show's sixth season finale, when we still didn't know who Negan beat to death in the final brutal seconds of the episode, there was some worry that Carl might have been the one on the receiving end of Lucille's blows. As we're all well aware by now, Glenn and Abraham die, and any fears about Carl's fate on the show were eased. Unfortunately it seems he's really, truly knocking on death's door.

"Yes, Carl is going to die," actor Chandler Riggs said, putting it in no uncertain terms during an exclusive interview with The Hollywood Reporter following the episode. "There's no way he can get back from that. His story is definitely coming to an end."

Riggs is the only original series regular other than Andrew Lincoln (who plays Rick), and his exit from the zombie drama coincides with his decision to take a gap year before starting college. Riggs noted that Carl's tragic fate wasn't tied to his own college plans, though. "Leaving Walking Dead wasn't my decision," he added to THR. "It was all story related. It made sense story-wise for it to happen for Rick and Michonne and all the other characters."