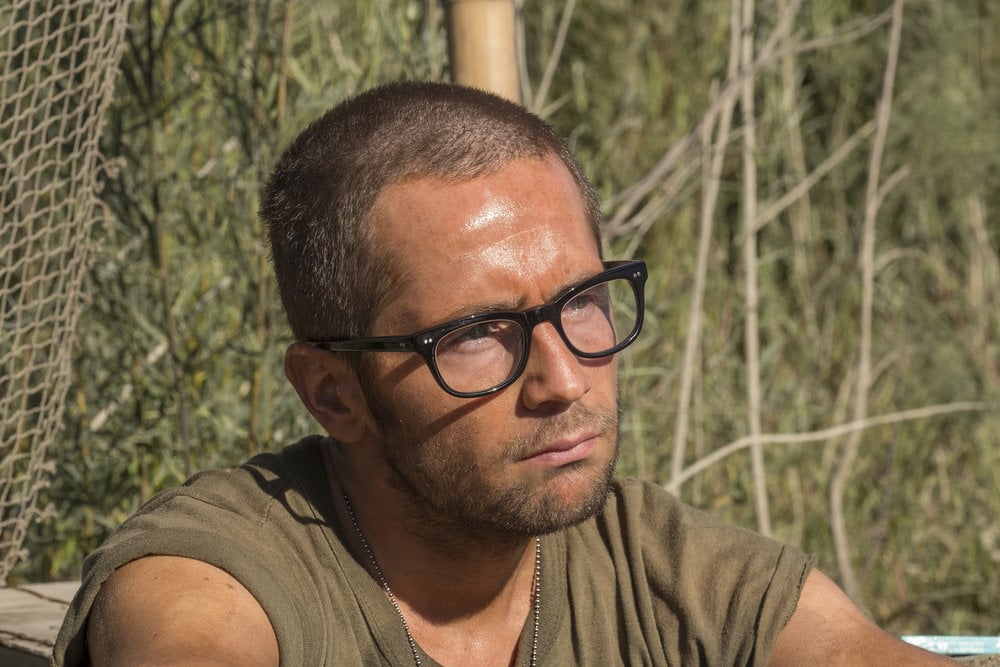 Sometimes the biggest mysteries on This Is Us have been right in front of our faces this entire time. While the cause of Jack's death was foreshadowed all the way back in season one, the show also foreshadowed what happened to Nicky in Vietnam earlier this season.

During episode 11, the Big Three finally comes face to face with present-day Nicky (Griffin Dunne), and as a result learn what really went down with Nicky (Michael Angarano) and Jack during the war. After being hesitant to show kindness to the people in the village, Nicky finally bonds with the young boy of the Vietnamese woman. As a result, Nicky decides to take him fishing in the boat. Although, his method of fishing is a bit unconventional. Instead of using fishing poles, Nicky uses grenades to throw into the water so that all the dead fish will rise to the top.

Related:
Everything This Is Us Fans Need to Know About Bradford, PA

The two seem to be sharing a sweet moment, but chaos ensues when one of the grenades jams. While Nicky is able to jump out of the boat in time, unfortunately, the young boy isn't so lucky. As the people in the village look on to see what has happened, Jack runs to Nicky's rescue. Of course, when he sees what Nicky has done, he decides to cut his brother off for good.

We knew something bad happened in Vietnam, but we could have never imagined it would be this heartbreaking. Not only did it change Nicky's life forever, but it also changed his relationship with his brother, Jack. While we got a glimpse of their damaged relationship in episode 11, Nicky's horrible accident was actually foreshadowed during episode three.

During a flashback, we briefly get a glimpse of just how deeply Nicky's accident affected Jack. As Kevin and Jack are shopping for a plane to build, Kevin comes across a toy grenade. As he pretends to throw the grenade, Jack immediately grabs his hand and tells him to stop. While at the time it seemed like a trigger reaction from his time at war, we now know it was actually a painful reminder of what Nicky did, and as a result, how it damaged their relationship as brothers.