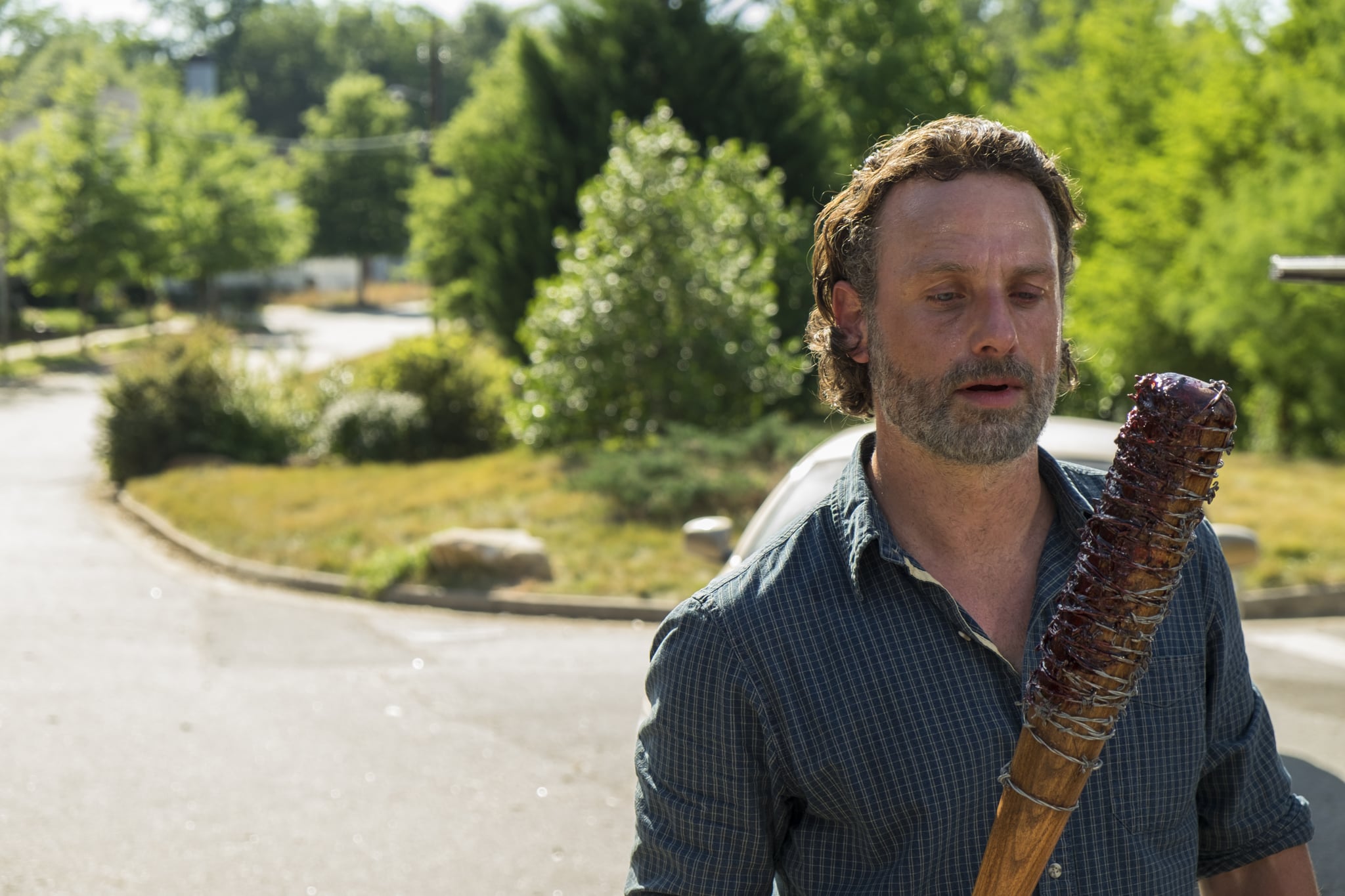 We've seen Rick go to some pretty dark places on The Walking Dead, but it's safe to say he's at his lowest point in season seven. He's just watched two of his men be mercilessly beaten to death and now his people are basically enslaved by the murderer. His leadership has failed them and he's just short of catatonic. It's hard to imagine how he'll pull himself — and his people — out of the darkness. Those who have read the comic books already know how the story goes, but there's no guarantee that the show's writers will follow the path laid out. In fact, the series has already veered in a number of ways. Comic Book Rick is quite different than TV Rick, but there's a chance that there will be parallels in their stories. Just in case, here's what happens next for Rick in the books! 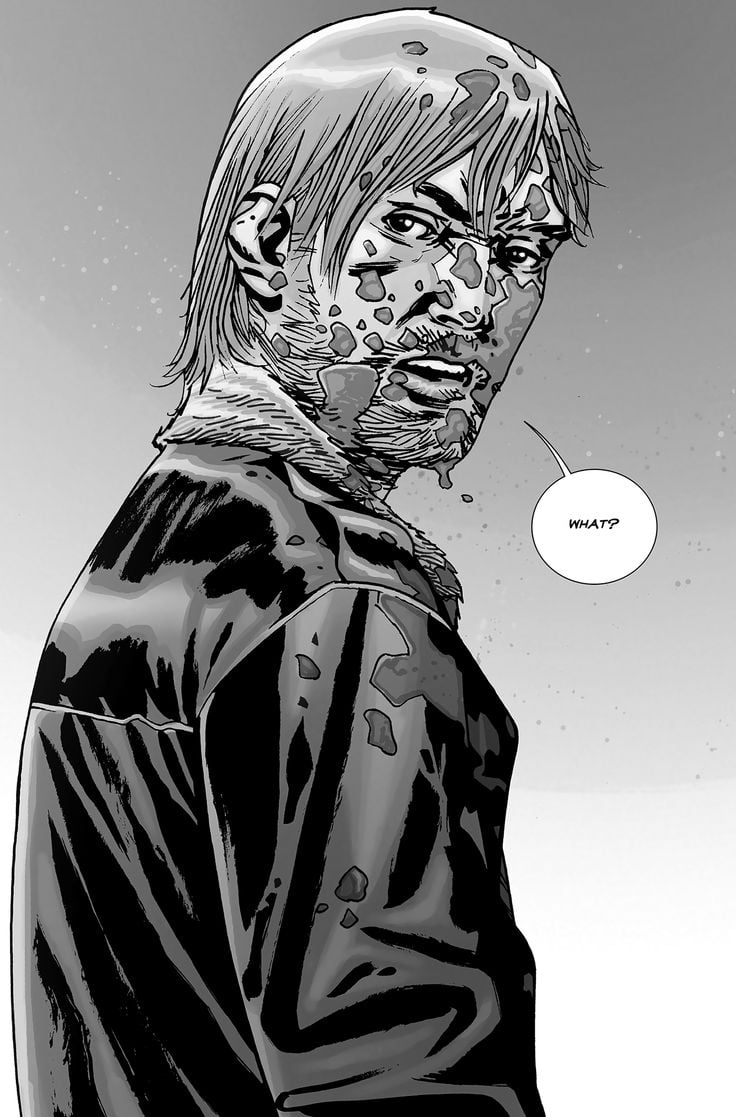 Glenn's death is still one of the most heartbreaking moments in the comics, and Rick is deeply affected by it. Maggie blames him for not standing up to Negan, and when the group returns to the Hilltop with Glenn's body, Rick lashes out at Gregory (the Hilltop's leader) for withholding information. Gregory says they didn't even think Negan was real because no one had seen him; they assumed he was a figure the Saviors made up to intimidate them. Maggie ends up staying at the Hilltop with Sophia (also still alive in the books) while Rick promises her that he'll make Negan pay.

Rick submits to Negan's rule, privately telling Andrea (still alive, and also Rick's girlfriend) that they will secretly stock up on resources and wait until the time is right to fight back. The same day, Carl goes missing. Rick panics and sets out to the Saviors' compound, but runs into Negan, returning stowaway Carl. Though Carl is unharmed, the way Negan teases Rick about hurting Carl further fuels Rick's hatred for Negan.

Related:
The Walking Dead: How Eugene Will "Pick Up the Pieces" After Negan's Entrance

Paul, a character in the comics but not on the show, takes Rick to meet Ezekiel, the leader of the Kingdom. The two form an alliance together with Negan's right-hand man Dwight. Dwight betrays Negan because Negan has taken Dwight's wife as his own and melted his face with an iron for still talking to her. Rick assembles a small army of fighters from Alexandria, Hilltop, and the Kingdom. They lay low until Negan comes for his supplies, then they strike. The initial attack isn't a success, but it sets the stage for a storyline known as "All Out War."

Brutal battles ensue between the Saviors and Rick's crew. Negan's plan to infect Rick's army with virus-laced arrows is a good one, but thanks to Dwight, Rick isn't affected and he survives. Rick wins the war by slitting Negan's throat, but he chooses to keep Negan alive. Rick stops Carl before he can shoot Negan but leaves him to rot in jail.

Related:
The Walking Dead: Here's What Happens to Dwight in the Comics

There's a big two-year time jump after the war, and Rick has rebuilt Alexandria. He's no longer as physically active, since Negan broke his leg during the war. He frequently visits the Hilltop community, where Maggie is the leader. A new enemy emerges: The Whisperers. After the Whisperers' leader, Alpha, decapitates members of Rick's army (including Ezekiel), Rick's people are forced back into battle.

Though he's still the same person, Rick never mentally recovers from Glenn's death and the war with Negan. Eventually Negan escapes and brings him Alpha's head, asking for trust. Rick grants him sanctuary in an outpost, but the two never completely bury the hatchet. He does stay with Andrea through the years, and eventually Carl starts calling her "Mom."