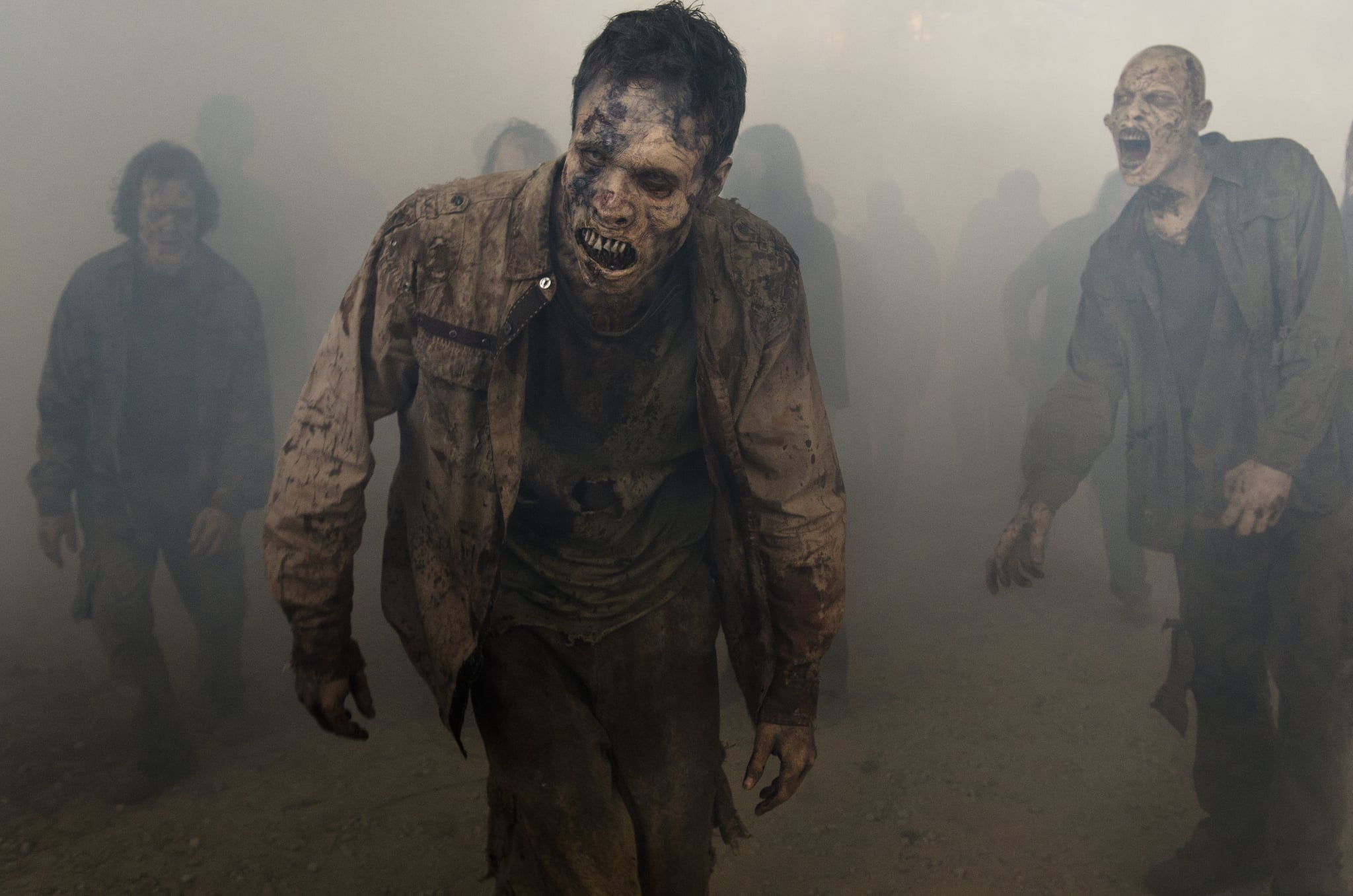 By now, you should hopefully be recovering from The Walking Dead's tense season eight finale. Although no major characters bite it — or get bitten, to be more accurate — a few major moments that go down before and after the bloody battle between Rick's survivors and Negan's Saviors have irrevocably altered the series as we know it.

First of all, there's Negan himself — Rick decides not to kill him, but still imprisons him at Hilltop, meaning there's likely a new villain on the way. Then there's the conversation Maggie, Daryl, and Jesus have folowing Rick's decision. Could the show be setting up Maggie to be the new Big Bad? Given the way "Wrath" wraps up, it seems like the show could very well be hinting at that, but we have a different group entirely in mind.

Now that we have a few months to obsess over what's to come before season nine arrives in the Fall, we've started to wonder where the show will take us based on how The Walking Dead comic books play out. Thanks to both the story in books and an old hint on the show's official Instagram, we may have some clues at who the next sinister villains on the horizon are: the Whisperers.

Now that Rick's war with Negan has come to a close, the Kingdom's Ezekiel has been properly introduced, and we've gotten a glimpse of Georgie and the Commonwealth Community, it seems like high time for this new group of characters to enter the fray.

In the comics, the Whisperers are a group of survivors who cover themselves in the skin of walkers. This allows them to roam among the zombies, completely undetected. It also makes them very hard to spot, allowing them to sneak up on other survivors or spy on them without getting noticed. One trademark of their leader, Alpha, is that she impales the heads of her victims on spikes. That's why The Walking Dead's Instagram post from a while back, above, raised so many eyebrows.

Over the course of their time in the comics, the Whisperers take quite a few lives, and are overall just creepy as f*ck (like, just try to imagine a member of the undead "whispering" to you in the woods without getting instant nightmares). Without spoiling too much, Alpha and the Whisperers have a few key run-ins with Rick and his group, Negan, and Ezekiel. They'll no doubt give the series the jolt of electricity it needs now that the seemingly never-ending "All Out War" storyline has taken its last gasp.

So, there you have it! The Whisperers — and their leader, Alpha — could already be lurking around. To add a little perspective, Glenn's death at the hands of Negan happens in Issue #100 of the comics, while the Whisperers don't show up until Issue #130. Who knows, though: there are plenty of differences between the show and the comics. These new villains may be much closer, or further, than we think.