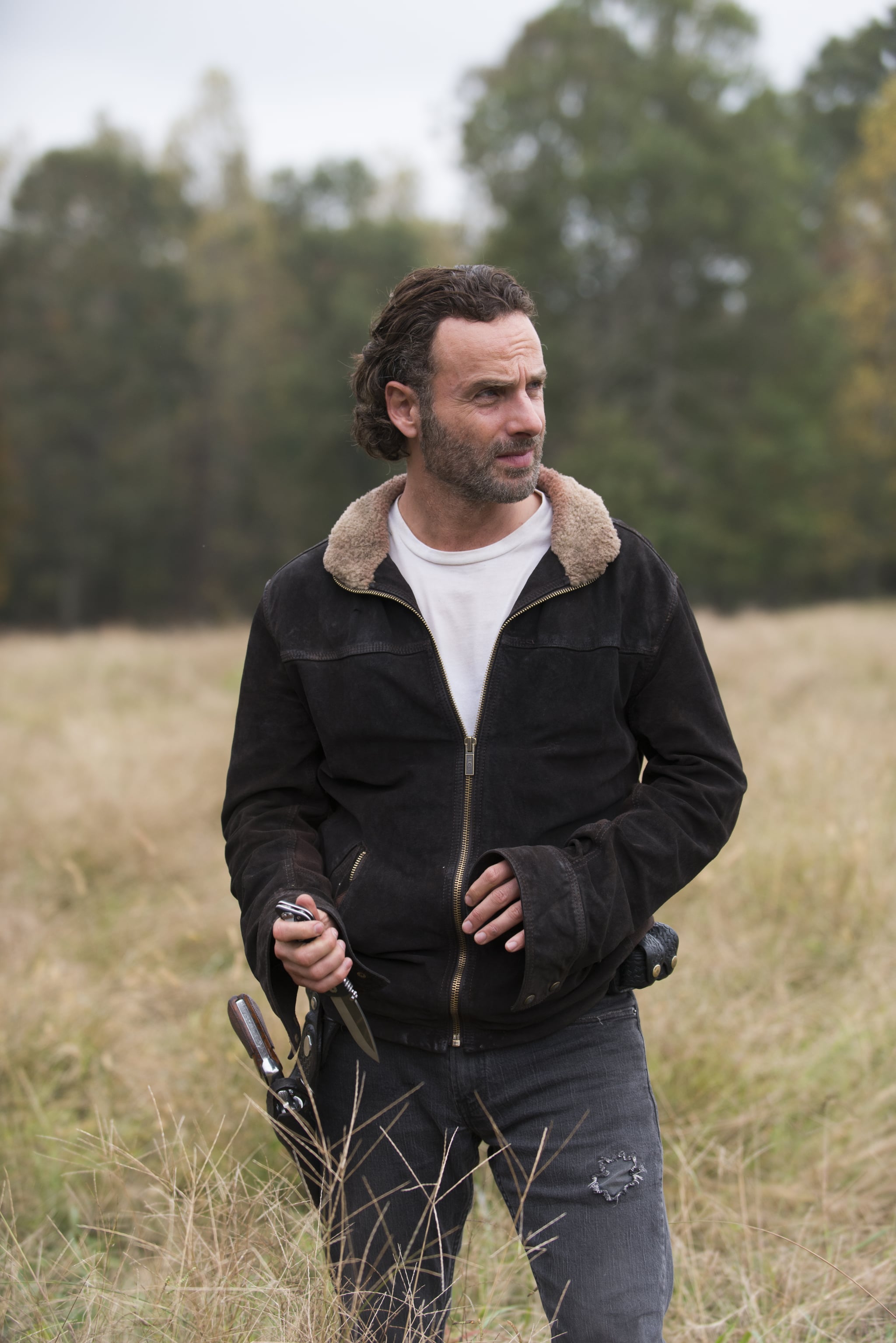 We've spent quite some time with Rick Grimes on AMC's The Walking Dead. Sure, he's pretty damn handsome and we fully support his blooming romance with Michonne, but there's a lot more to him. Over the course of the past six seasons, we've seen quite a bit of complexity from Rick. When you take The Walking Dead comic books into account, there's a vast amount of issues that lend even more clarity to his character. But as with any book-to-TV adaptation, some things have been invariably changed. So, exactly how different is Rick Grimes in the comics?

Related:
Did The Walking Dead Go Too Far With Its Grisly Season Premiere? It's Tough to Say

On a very basic level, the TV and comic book Ricks are very much the same person. They both are broken by the unbearable grief the zombie apocalypse brings. They both deal with the betrayal of their best friend, Shane, and they both lose their wife, Lori, and other crucial members of the group. They're both driven to the edge of sanity and almost completely broken. And they come back from their madness colder, and often a bit more callous. It's not until you get into the finer details, though, that the differences really emerge. 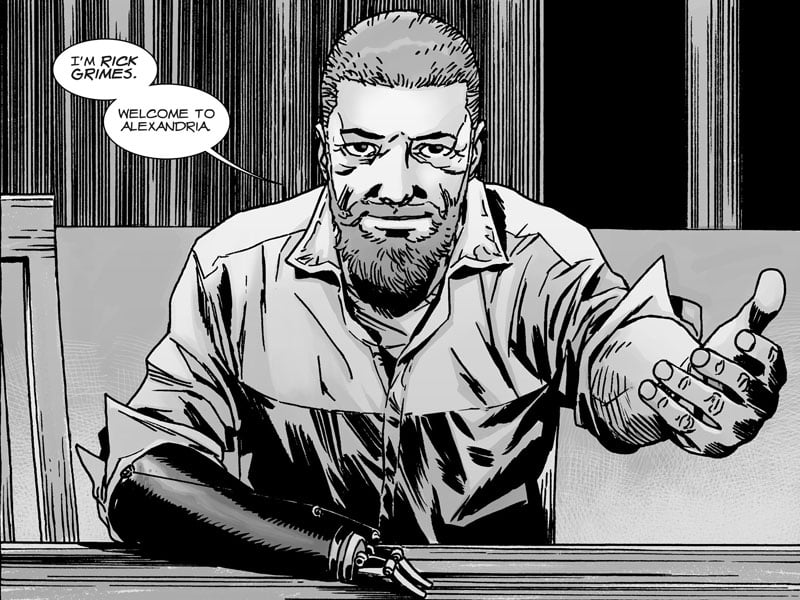 Perhaps the most glaring difference between the two Ricks is the missing hand (if you didn't notice). In the comic books, Rick loses it way back when the group is hiding away in the prison, and the Governor is their biggest worry. The Governor captures Rick, Glenn, and Michonne, and when Rick won't reveal the location of his camp at the prison, the Governor severs his hand. Also not only has Rick lost Lori, but Judith also gets murdered during the prison storyline as well.

Another totally different thing in the comic books: Andrea is alive. Remember her? On the TV show, she dies in the Governor's captivity; she gets infected and takes her own life. Not only is she still around in the books — she's actually married to Rick, well into the group's time at Alexandria and even into the war with Negan. There's also a strange thing with his late wife, Lori. As you might remember, Rick starts to hallucinate heavily in the prison. He thinks he sees Lori, and he keeps answering one phone, thinking he can talk to her. In the comics, he keeps this phone with him and still believes he can hear her voice.

So, how does that stack up against the TV show? Well, we know Rick still has all his appendages, and even though the premiere nodded to Rick's hand situation, it seems he's going to keep it for a while longer. Rick also still has his daughter, Judith. We haven't heard or seen anything about Lori in quite some time, so it's clear Rick's phone calls have been left behind at the prison. Additionally, instead of getting with Andrea, his most recent romantic endeavor has been with Michonne. I mean, it's been a while since they've had a chance to be intimate, but as far as we know, they're still on.

The final piece of the TV Rick is just a bit more nuanced. While Rick seems a little more cool and collected in the comics, the TV iteration of his character is a little more wild and unpredictable. At this point, it seems like the TV version of Rick will do anything to protect those he loves. There have been times when he's almost seemed like a villain more than anything else. And, well, we have a feeling he may get even more sinister as the seasons go on.

by Joely Chilcott 29 minutes ago