Since the latest Star Wars blockbuster is called The Last Jedi, how do you explain to Star Wars newbies who the Jedi are? If you're around hardcore fans, it might be gauche to say something along the lines of "the robed good guys who have blue and green lightsabers."

There's been so much Star Wars world-building since the release of Star Wars: A New Hope in 1977, from the slightly hammy second film trilogy (Episodes I, II, and III) to the TV show Star Wars: The Clone Wars. It can be crazy to keep up with the characters, creatures, and planets in this fandom, so we've compiled this condensed refresher course to drop some knowledge about the complicated history of the Jedi!

Before The Jedi Order

In the Dawn of the Jedi comic book series, fans are introduced to the Je'daii, an ancient organization that precedes the Jedi. The Je'daii Order reside on the planet Tython, and they aren't as interested in being the proverbial good guys as they are in balancing the Force. They understand the Force as three main parts: Ashla (light), Bogan (dark), and Bendu (balance). Followers who stray too far from the light or the dark are sent to an opposite moon to meditate until they restore their balance. Life moves along smoothly for the Je'daii — that is, until a Force Hound invades their planet and initiates a civil war between the light and dark sides. The light side prevails in this war and this victory builds the foundation of the Jedi Order.

For the most part, the Jedi maintain peace in the Galactic Republic and fight against the Sith, wielders of the dark side of the Force. The political hub of the Jedi Order is based on the planet Coruscant, where Force-sensitive padawans study and train to become Jedi knights within the Jedi Temple. The Jedi don't quite consider themselves soldiers — rather than acting upon aggression, they meditate to stay focused. They rely on the Force as a defense rather than as a means to overpower others. Jedi follow a strict code, which dictates that above all, they must not yield to the feelings of fear and anger that fuel the dark side.

Here's more on the Sith: followers of the Sith were once kin with the Jedi. During the Hundred-Years Darkness, a rogue Jedi started embracing the aggressive dark side and the Jedi Order shunned him. This bred countless wars, but the Jedi eventually defeated the Sith — or so they thought.

For thousands of generations, things didn't look too shabby for the Jedi. But by the time we get to Star Wars: The Clone Wars, member disputes are slowly eroding the solidarity of the Republic. This erosion pushes Jedi Master Sifo-Dyas to secretly create a clone army for protecting the Republic — a decision that the Jedi leadership vehemently reject.

It turns out to be a bad idea after all. Sifo-Dyas isn't aware that the Sith Lord Darth Sidious has been lurking around in the Republic Senate disguised as Senator Palpatine of Naboo. When Palpatine learns about the secret army, he installs control chips in all the clones so that he can use them to overpower the Jedi. He stirs up disorder in the Republic and eventually becomes Supreme Chancellor of the Republic in Star Wars: The Phantom Menace. 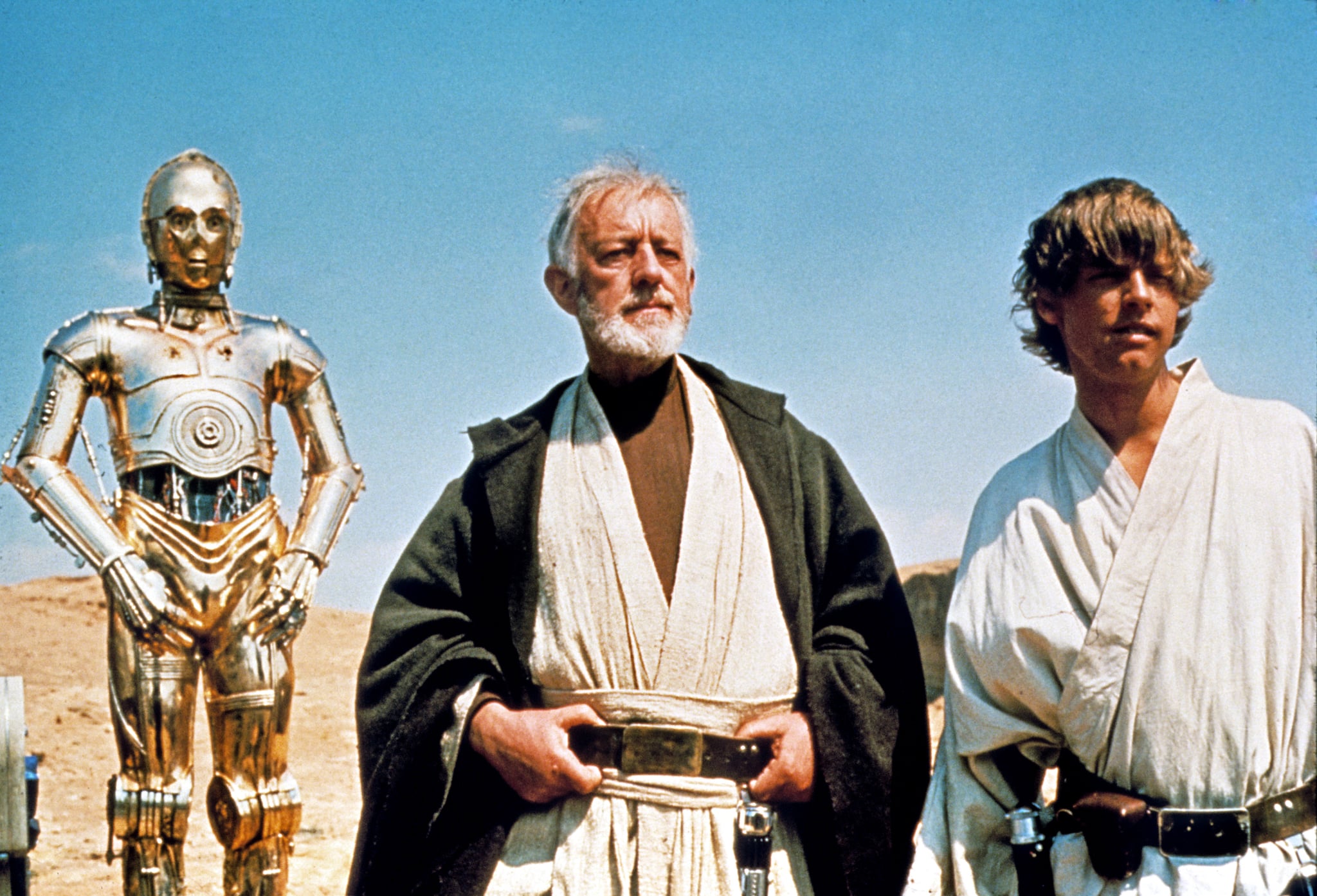 Around the same time, Jedi Master Qui-Gon Jinn and Obi-Wan Kenobi take in and train a young Anakin Skywalker to become a Jedi. Obi-Wan learns about the secret army, and this discovery leads to the Clone Wars. When he's finally a Jedi knight, Anakin uncovers Palpatine's true identity and inform the Jedi. But Anakin soon turns to the dark side and saves Palpatine, who dubs the wayward knight Darth Vader (cue "The Imperial March"). In The Clone Wars, Palpatine activates the control chips in the clones and kills the Jedi en masse under Order 66. Remaining Jedi flee and hide, including Obi-Wan and Yoda.

Rise and Fall of the New Empire

After the mass slaughter of the Jedi, Palpatine deems himself emperor and bans all Jedi teachings. With the rise of the Empire, things look pretty rough for the Jedi. This is where Star Wars: A New Hope begins. Princess Leia gets captured leading the Rebel Alliance, which has stolen the Empire's plan to create the Death Star space station.

Before her capture, Leia uploads a message into the droid R2-D2 to notify Obi-Wan Kenobi about the plan. Luke gets a hold of this message and eventually meets Obi-Wan, who teaches the impetuous adolescent the ways of the Jedi. In Star Wars: The Empire Strikes Back, this training continues with Yoda, who, on his deathbed, urges Luke to pass on his Jedi knowledge. Though Darth Vader and Palpatine are set on converting Luke to the dark side, Luke defeats the Sith and, along with them, the Empire.

In the absence of Luke Skywalker, the ashes of the fallen Empire form the First Order, whose members seek to destroy the New Republic in Star Wars: The Force Awakens. This nefarious organization is run by Supreme Leader Snoke and Kylo Ren. Luke is nowhere to be found, and we find out through Han that the Jedi had been building a new Jedi Order, only to have an apprentice turn to the dark side, destroy the Jedi temple, and kill other apprentices. The Force-sensitive Resistance fighter Rey eventually tracks Luke down and hands him his lightsaber at the very end of the episode.

Phew! What an insane lore, huh? Hopefully, you got to learn a thing or two about the Jedi. There are definitely some crazy twists in the eighth installment of the movie series, with consequences that leave us wondering about the fate of the Jedi in the unnamed ninth episode.

Hallmark
I Visit a Real-Life Hallmark Christmas Movie Town Every Year, and It's as Magical as You'd Expect
by Michelle McGahan 23 hours ago

Netflix
If You're Excited About Netflix's White Tiger Movie, You Need to Read the Book, Too
by Kalea Martin 54 minutes ago