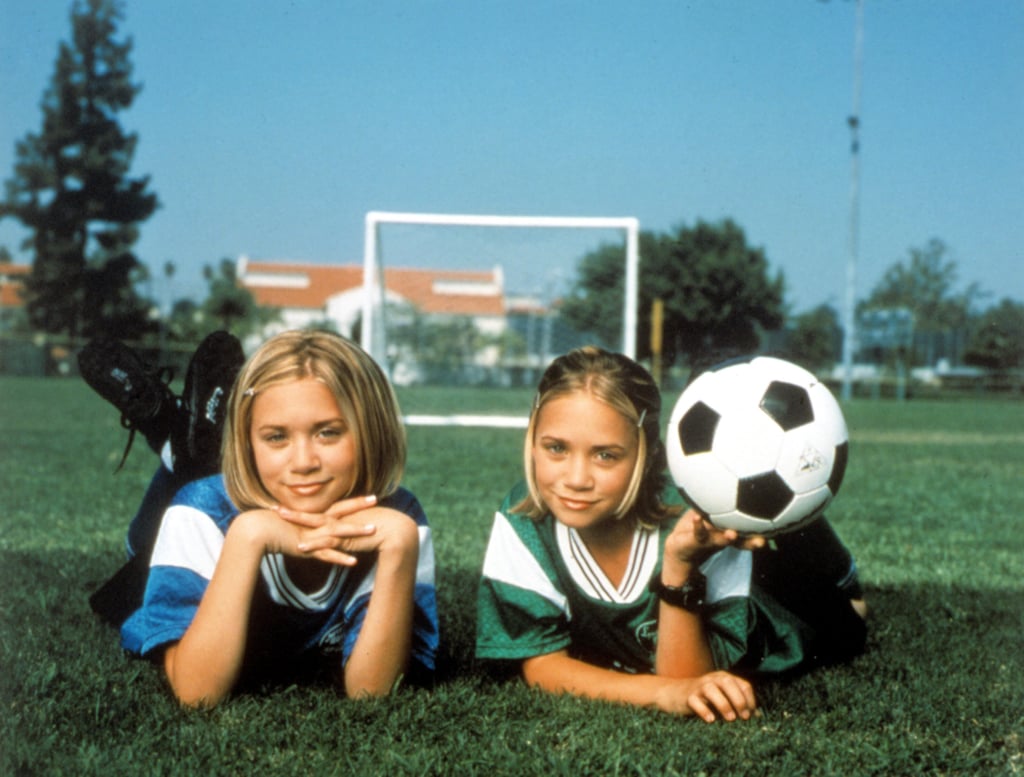 Grab your chokers, butterfly clips, and baby tees, folks, we're going back to the '90s!

In a move that has any millennial with taste ready to nab a Hulu subscription — if they haven't already — the streaming site will be adding a few iconic Mary-Kate and Ashley Olsen movies to its online roster. Beginning on May 1, Hulu subscribers will be able to stream the big three of the late '90s: Billboard Dad (1998), Passport to Paris (1999), and Switching Goals (1999).

It's been way more than a New York minute (see what I did there?) since these former Full House stars have been on our screens. The Olsen twins officially retired from acting in 2012 and have kept a bit of a low profile while they've focused on building their fashion empire. Though fans had hopes that they would appear on Netflix's reboot series Fuller House, the twins felt it had been too long since they were in the world of acting and decided against appearing.

So, binge-watching their classic movie roles will probably be the only way fans will ever see them on screen again, which is a great reason to take advantage of Hulu's offer for a trip down memory lane. In case the premise of these films have slipped your mind, check out the trailers for each of them ahead (and just let the intense wave of nostalgia wash over you). I'll just be here, writing a petition for New York Minute to be recognized as the landmark of cinematography it is.