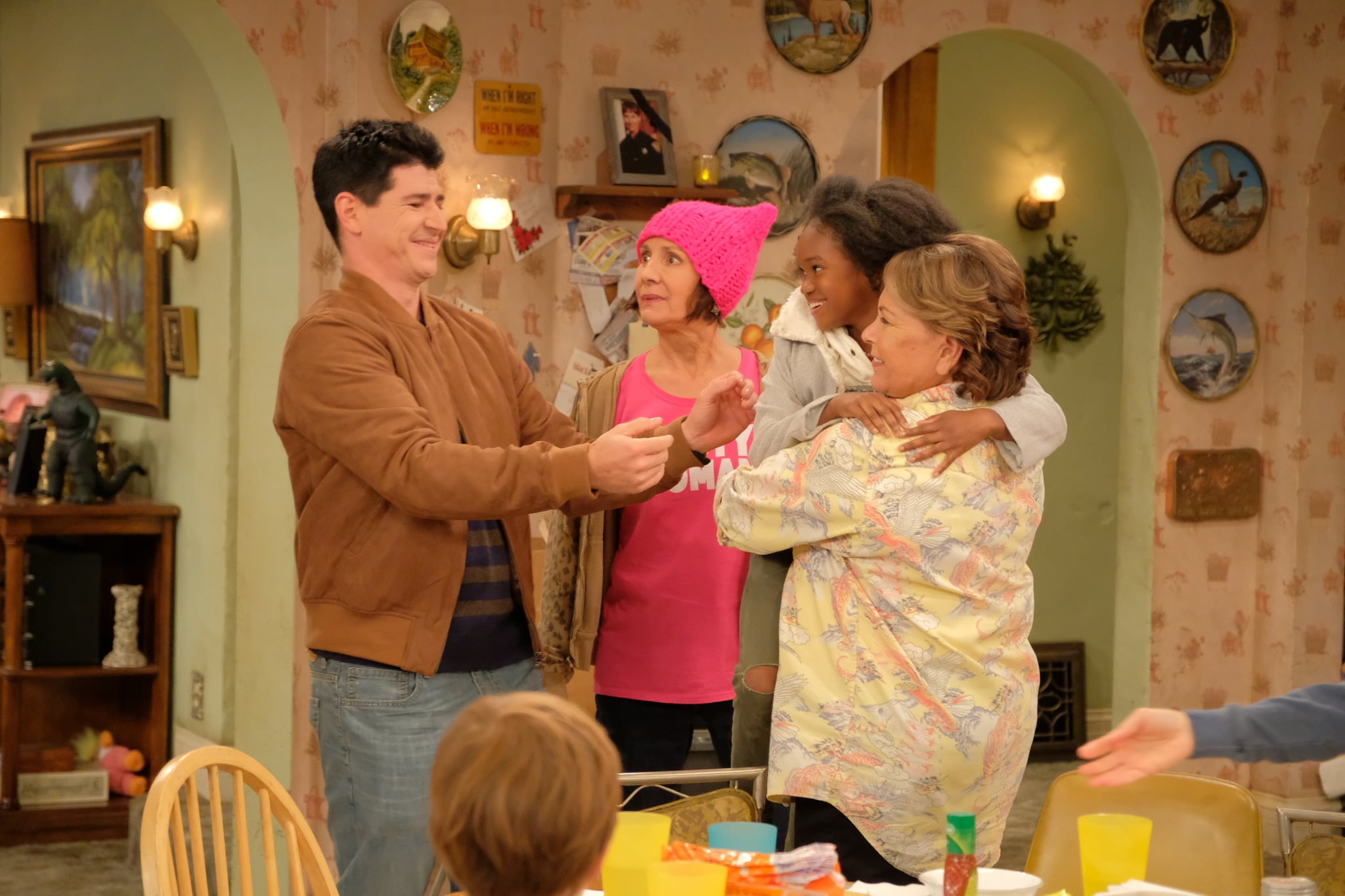 The Roseanne reboot is paying tribute to the original in more ways than one. In case you weren't aware, DJ Conner (Michael Fishman) is all grown up and married in the revival. He also has a biracial daughter, played by 8-year-old Jayden Rey, but details about her mother have mostly been kept under wraps. In the premiere episode, however, we are given a major clue about DJ's wife that will make fans of the original series want to stick around for future episodes.

For starters, we learn that DJ has served in the army in Syria when Jackie (Laurie Metcalf) welcomes him back home and thanks him for his service. She also asks him about his wife, who it's revealed is still serving overseas. Later on, Roseanne (Roseanne Barr) casually mentions DJ's wife, Geena, during prayer. If you remember the classic 1994 episode "White Men Can't Kiss" from the original Roseanne, then that name should ring a bell.

The plot revolves around younger DJ feeling conflicted about participating in a school play because he's uncomfortable kissing his black classmate, played by Rae'Ven Larrymore Kelly. Guess what her name is? Geena Williams! Whitney Cummings, executive producer and co-showrunner for the show, recently confirmed that the character is in fact an homage to the original. "One of my favorite episodes of the show was when DJ wouldn't kiss the girl at the school play, so imagine my delight when we decided that once they became adults, DJ married her," she wrote introducing their daughter, Mary Conner (Rey).

This time around, Geena will be played by The Mindy Project's Xosha Roquemore. The Easter egg is a sweet way to bridge the gap between fans who watched the original and newer viewers who will be delighted to embrace the storyline of an interracial marriage and biracial child on TV. Way to go, Roseanne!