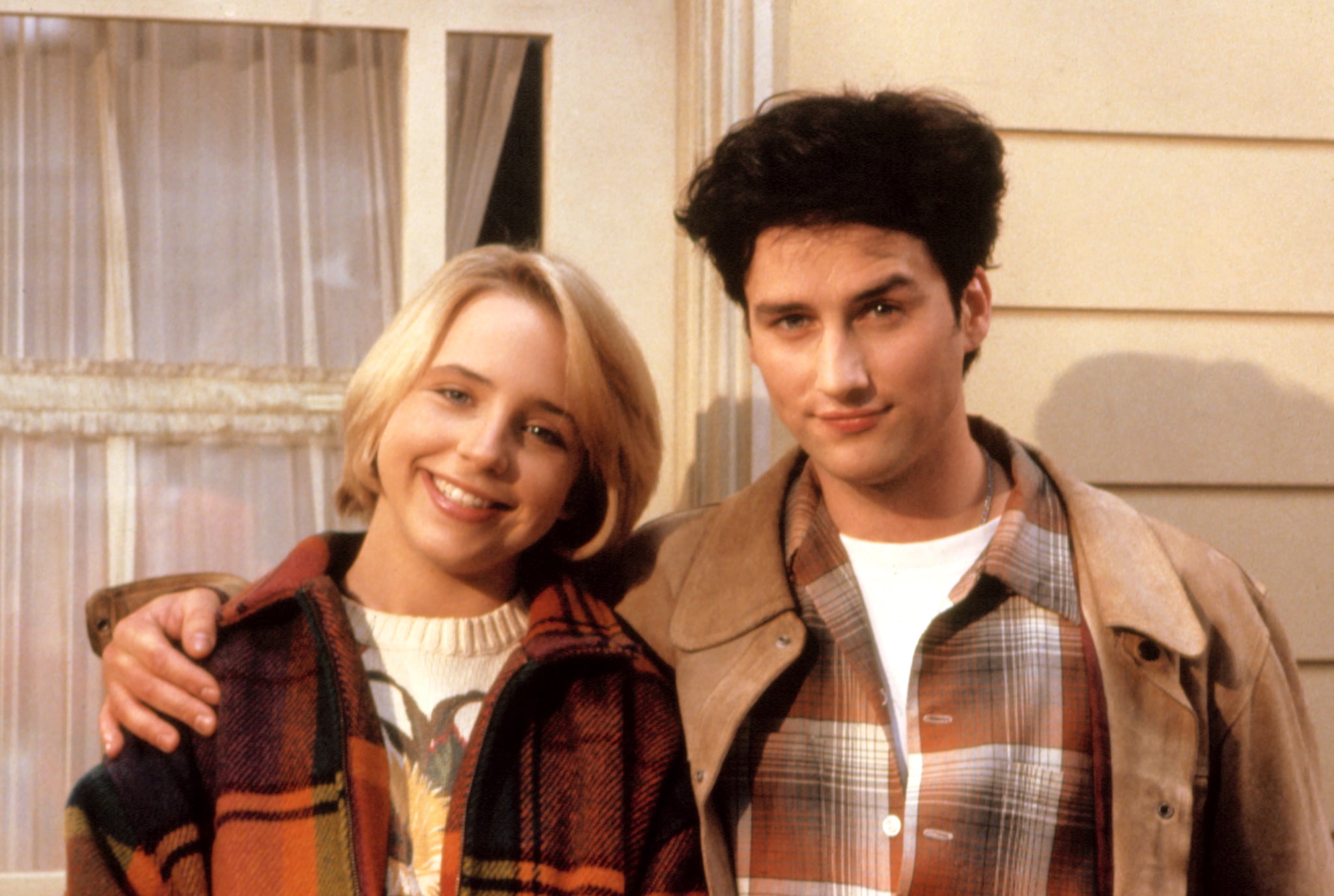 The Roseanne revival on ABC is welcoming all of the original cast members back — they even found a funny way to incorporate Sarah Chalke, who replaced Lecy Goranson as Becky Conner for seasons six, seven, and nine. But one face from the original run that won't be in the reboot is actor Glenn Quinn, who played Becky's boyfriend-turned-husband Mark and who died in 2002 at the age of 32.

In season 10, the producers chose to have Becky's onscreen husband be deceased as well, which we see in the revival's most recent episode focusing on Becky's struggle with grief. A few months ago I asked the writers if, out of respect for the actor, that was the only choice or if there was some discussion as to how to address Mark's absence.

"From the writing standpoint . . . when you have a show that's so naturalistic, we had to deal with that and that Becky was going to be single," said executive producer Bruce Helford. "We all had great affection for Glenn. We really wanted to say something. He comes up a couple times. It isn't just [the premiere episode]. He comes up a couple times in the course of the nine episodes."

Roseanne Barr added, "We all missed Glenn so much, because he was just a great part of the show, and it's not something we wanted to just gloss over."

Having Quinn's character be deceased isn't the only tribute. Darlene and David, who was Mark's brother, have two children together, and the younger of the two is named Mark after his late uncle. On top of that, Becky explicitly mentions that Mark has "died" and that his death is one of the reasons why her life has taken a left turn.

"I don't know if you can see yourself frozen in the same place since Mark died, but everybody else can," Darlene tells her as they share a drink. "You know Becky, it's not disrespectful to Mark if you move on."

Currently Becky is still very much single and attempting to be a surrogate for Chalke's character, Andrea. We might now know how, exactly, Mark died, but based on the comments from the cast and crew — as well as the sweet tribute that pops up for Quinn at the end of the last episode — it seems the show will continue to give Mark's death its proper screen time.