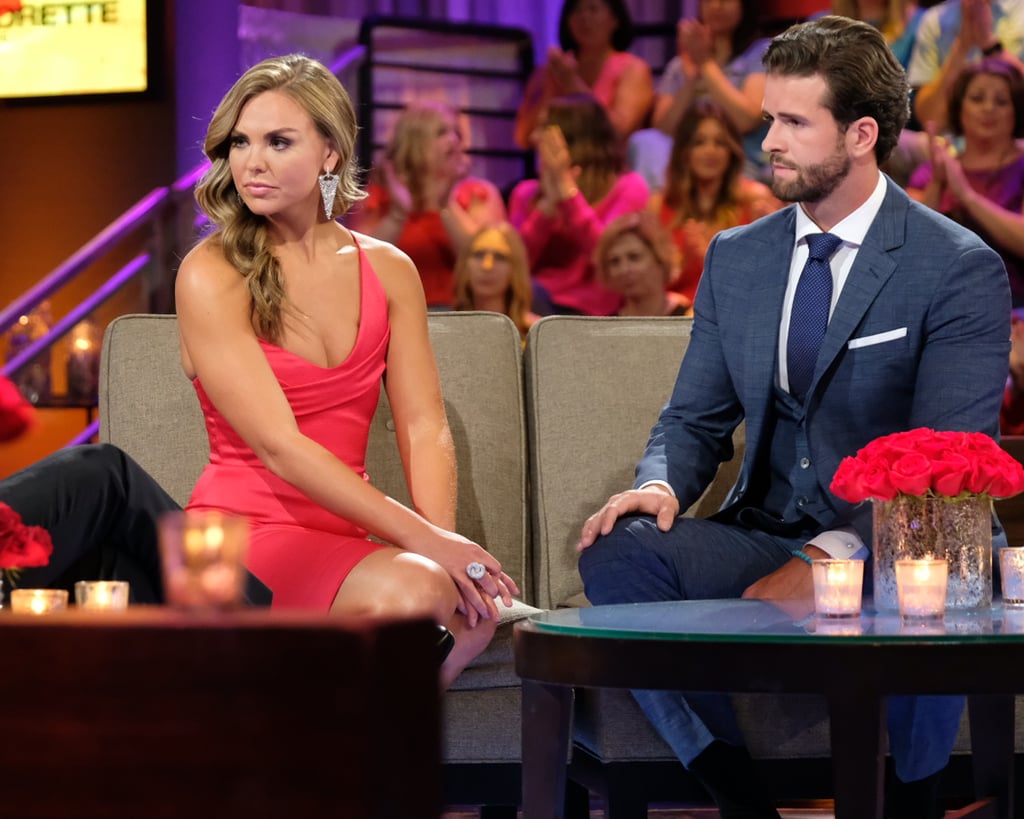 Chris Harrison really wasn't exaggerating when he said The Bachelorette's finale would be incredibly dramatic. On Tuesday night, Hannah Brown sent Bachelor Nation into a frenzy when she sent Tyler packing and picked Jed. Though the couple seemed blissfully happy during their proposal, things quickly took a turn for the worst.

Shortly after their engagement, Hannah learned that Jed secretly had a girlfriend when he joined the series. Even though Jed tried to explain his side of the story, it clearly wasn't enough for Hannah to keep him around. During a sit-down with the show's host, she revealed that they have ended their engagement and are no longer together.

While it was certainly sad to see Hannah not get her happy ending, especially after everything she went through this season, there was a light at the end of the tunnel. As the finale wrapped up, she came face to face with Tyler yet again. Spoiler: their hot chemistry is still off the charts! During their cute interaction, Hannah decided to ask Tyler out on a date for drinks. Even though it's unclear what will become of their relationship, it was definitely enough to send Bachelor Nation over the edge. See all the reactions to the crazy finale ahead.

Celebrity Couples
Are the "Freeridge" Cast Single or Taken? Here's What We Know
by Jessica Vacco-Bolanos 14 hours ago