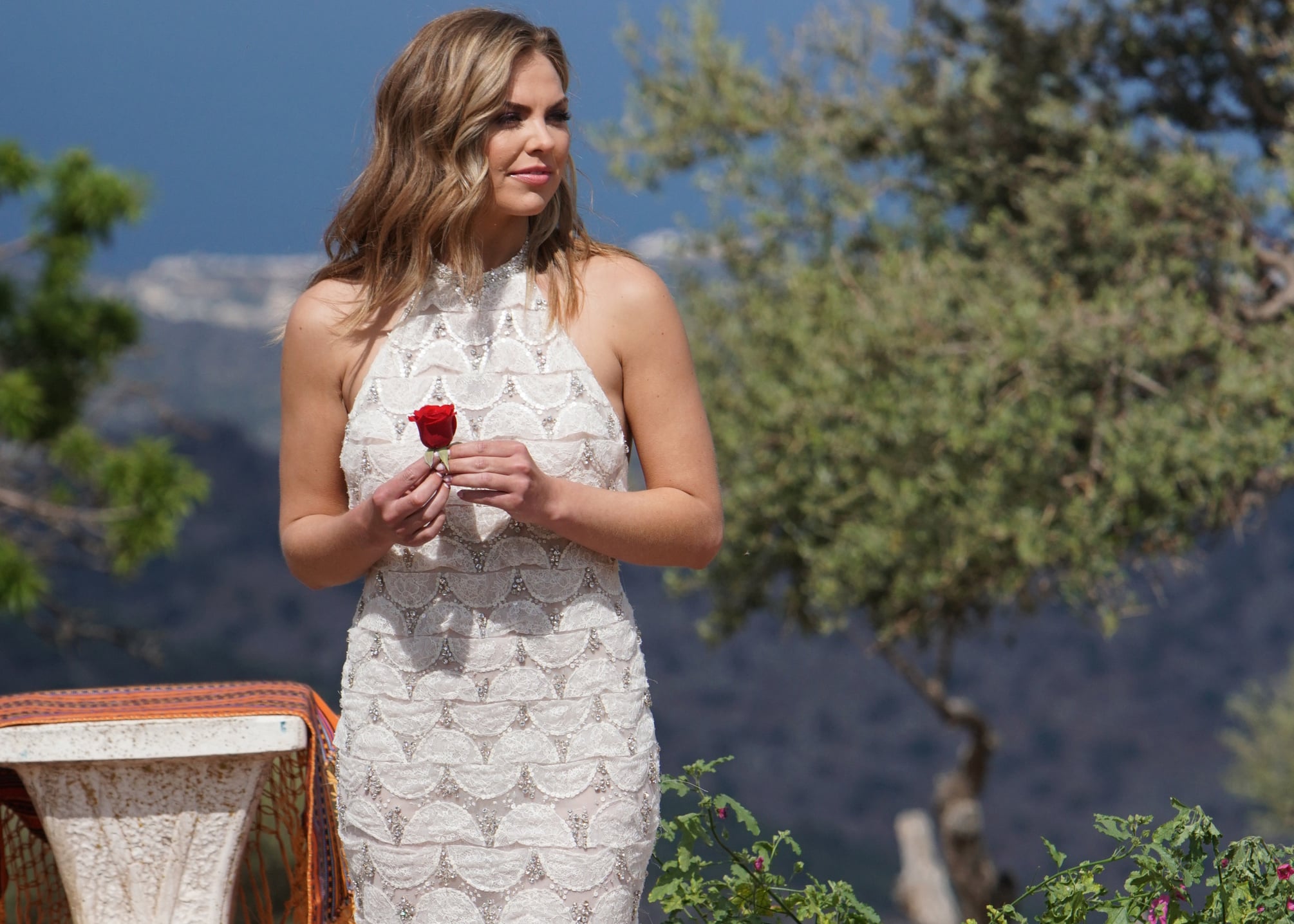 Following a crazy season, Hannah Brown finally picked a winner during The Bachelorette's finale on Tuesday night. Though the 24-year-old Alabama native was clearly having a hard time choosing between Tyler and Jed just moments before the big reveal, she eventually pulled herself together and gave her final rose to Jed.

It all went down when Tyler walked out of the car first (we all know what that means) and began professing his love to Hannah. However, in the middle of his romantic speech, Hannah cut him off to let him know that he wasn't the man she picked. Even though Tyler was clearly upset, he was still a total gentleman about the whole thing as he told Hannah that he was still going to be her biggest fan and root for her and Jed. Aww!

After sending home a tearful Tyler, Hannah came face to face with Jed . . . and his guitar. Yes, the 25-year-old singer and writer of Better Bowl's dog food jingle decided to propose to Hannah with a song. After Jed sealed the deal through song, Hannah confessed her love for him before the Nashville native got down on one knee and proposed.

While the whole proposal certainly seemed romantic in the moment, fans couldn't help but feel a little uneasy about Hannah's decision after recent reports that Jed had a girlfriend when he was on the show. Well, all of that was put out in the open during the dramatic "After the Final Rose" special.

As Hannah explained during a pretaped video, Jed previously told her that he was seeing a girl before the show, but ended things before the series aired. However, Hannah began to doubt Jed when his ex, Haley Stevens, came forward with her side of the story. She told People they'd been together for four months and said they loved each other. In fact, they "spent the night together the night before he headed to LA" to film the series. He even told Haley that he was only doing the series to further his music career.

Following the reports, Hannah met with Jed in person to discuss the whole situation. According to Jed, he wasn't seeing Haley "exclusively," even though they went on vacations together, she met his family, and he told her he loved her. As he explained it, he didn't really mean it when he professed his love to Haley, and though he might not have "verbally" ended the relationship, it felt like it was over in his heart.

After getting an inside look at their private conversation, Hannah opened up even more about the controversy with Chris Harrison during the live show. She confirmed that she is no longer with Jed and the engagement is officially over. "That's not what I said yes to," Hannah explained.