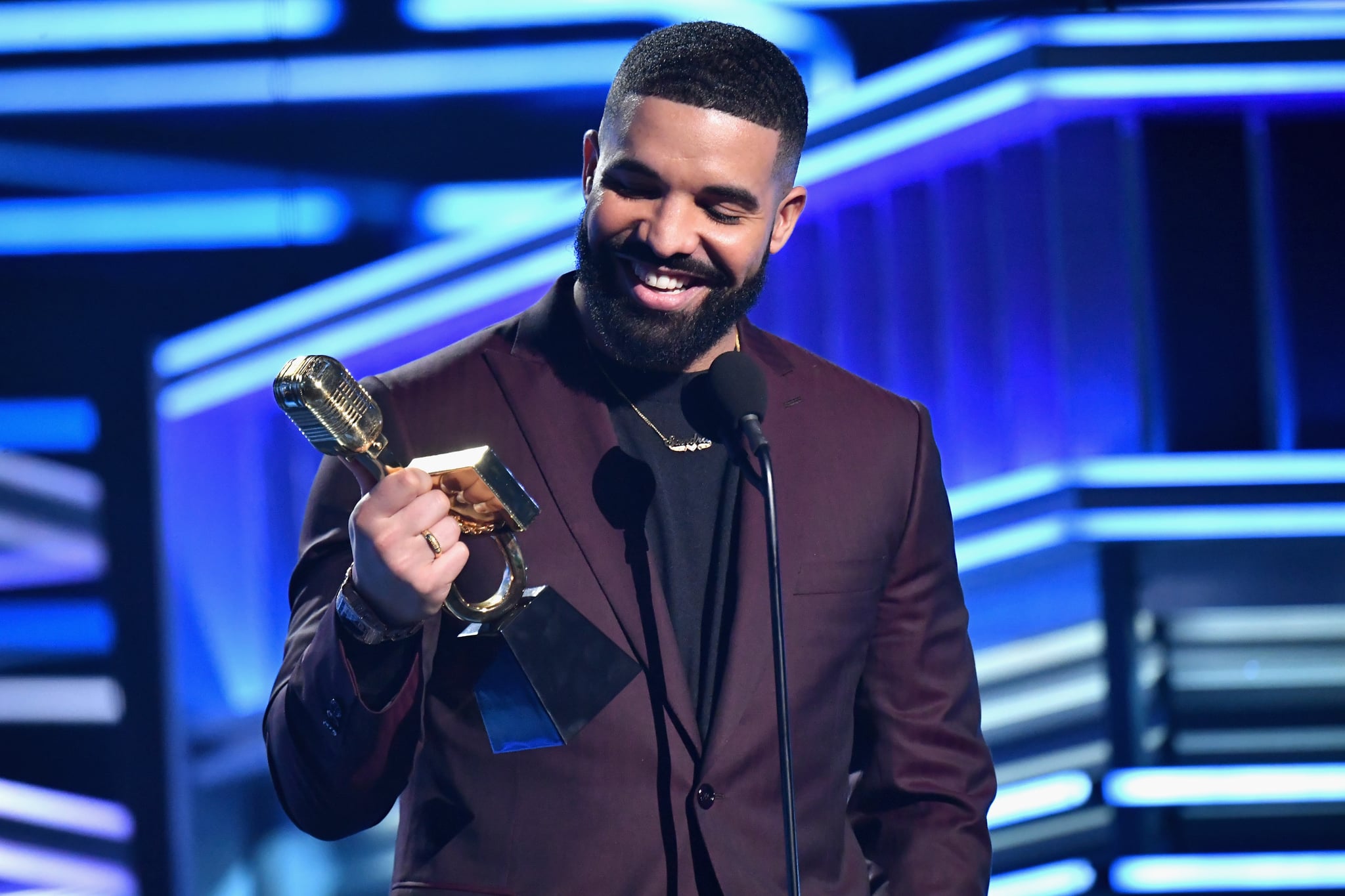 Drake may have "started from the bottom," but now he's definitely sitting pretty and pleased at the top. The Canadian rapper took home a remarkable 12 trophies at the 2019 Billboard Music Awards on Wednesday night, officially bringing his career total to 27. The wins have crowned him the most awarded artist in the ceremony's history, dethroning Taylor Swift and her 23 career wins.

The 32-year-old rapper scored some of the show's most prestigious wins, including awards for top artist, top rap artist, and top rap album for his hit album, Scorpion. The winning album included smash singles like "I'm Upset" (with that epic Degrassi reunion music video) and "In My Feelings," which the rapper won top streaming song (video) for.

When the diehard Game of Thrones fan went on stage to claim his top Billboard 200 album win, he ended his speech with a shout-out to Maisie Williams's Arya Stark, for "putting in that work" during "The Long Night" episode of the HBO series. No word on whether the fan-favorite character is now doomed to suffer from the "Drake curse."

Swift, the former title award holder for most Billboards, was nominated for two awards herself, including top female artist and top touring artist. She left the award show empty-handed, but did take the stage for a colorful opening performance of her new single, "Me!," with Panic! at the Disco frontman Brendon Urie. Host Kelly Clarkson, Mariah Carey, and Paula Abdul also put on amazing performances during Wednesday night's show, making it truly one amazing night for music.