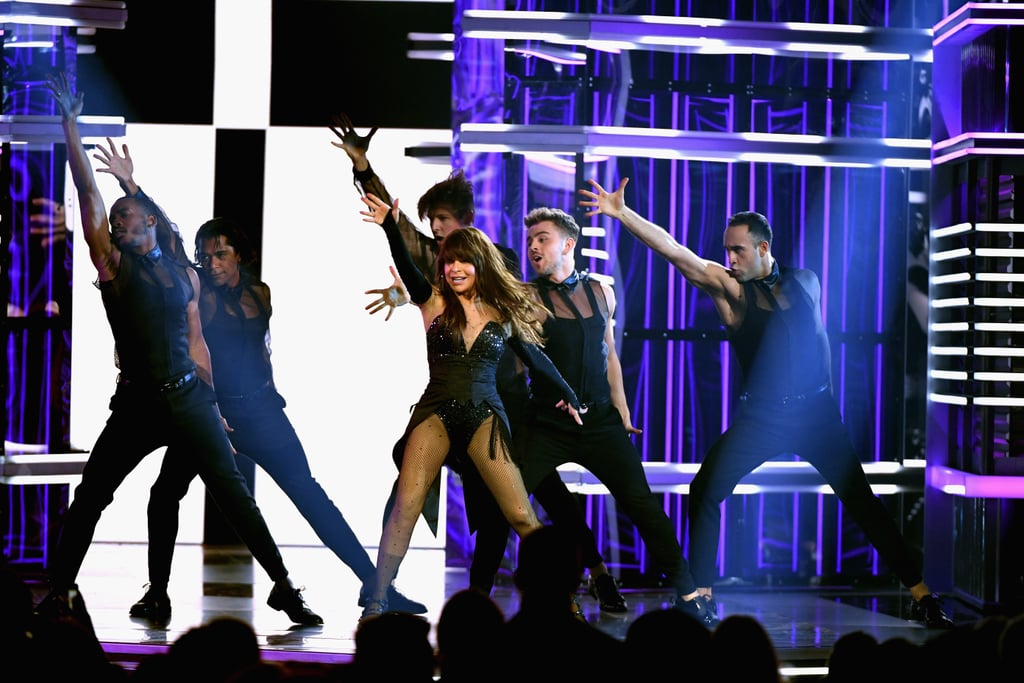 The 2019 Billboard Music Awards was all about nostalgia, and we love it! While performances from artists like the Jonas Brothers and Kelly Clarkson featured their latest hits, other artists took us on a journey through their greatest hits and had us simmering in our feelings over yesteryear.

Former Billboard Icon Award winner Paula Abdul took the stage to perform a six-minute medley of her classic songs and showed that she's just as fierce as she was when they debuted on the charts! Abdul showed off her svelte figure in an all-black cabaret outfit, tap-dancing her way across the stage to "Straight Up" before she launched into "Vibeology" and "Opposites Attract" featuring MC Skat Kat himself! At one point, the 56-year-old literally jumped off a platform into a sea of men, so she's officially checked off several items on my bucket list.

The performance follows the former American Idol judge's announcement that she'll be making her home in Las Vegas for a new residency, Paula Abdul: Forever Your Girl, starting on Aug. 13. The announcement and BBMAs performance coincide with the 30th anniversary of her Billboard hit "Straight Up" and the 31st anniversary of her album Forever Your Girl. So if you're worried about catching another epic Abdul performance, don't be. She won't be going anywhere anytime soon!

Watch her strut her stuff on stage ahead, and then keep scrolling for a closer look at her performance in photos.

Taylor Swift
Taylor Swift Fires Back at Blur's Damon Albarn: "I Write ALL of My Own Songs"
by Princess Gabbara 18 hours ago