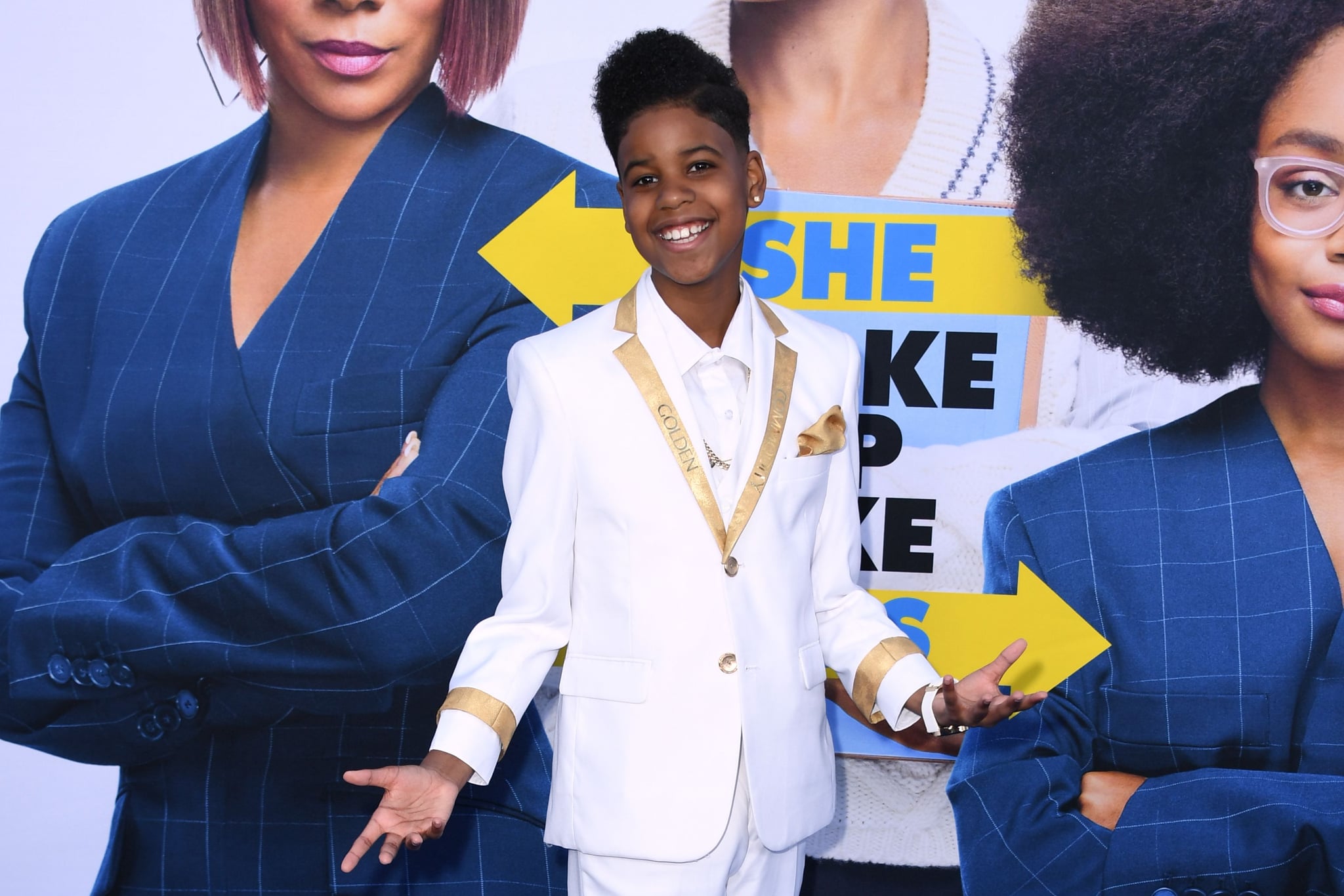 Disney's Summer release of The Lion King remake is fast approaching, and perhaps one of the most exciting parts about the film is the all-star cast. Between Donald Glover, Beyoncé, James Earl Jones, and Seth Rogen, there are a ton of talents that will be lending their voices to the beloved characters. But there's another up and coming actor and singer that you should definitely have on your radar: JD McCrary. The 11-year-old will be portraying young Simba, and although you don't hear him yet in the movie's first official trailer, you might recognize his voice from a number of other projects.

One of McCrary's most recent appearances is in the new film Little where he stars alongside 14-year-old Black-ish actress and history-making producer Marsai Martin. In the movie, he attends the middle school Marsai's character is sent to after she magically turns into a little girl.

Before that, McCrary blew everyone away at the 2018 Grammy Awards when he took the stage to perform with Glover (who goes by the musical moniker Childish Gambino). The two worked together on the song "Terrified" — which is featured on Gambino's 2016 album, Awaken, My Love! — and delivered a passionate rendition of it at the awards show. Additionally, he appeared on Steve Harvey's NBC talent show Little Big Shots and performed Jackson 5's "Who's Loving You" on The Ellen DeGeneres Show.

McCrary also has quite a few acting credits under his belt already. He previously played young Ernie on the Zendaya-starring Disney Channel series K.C. Undercover in a few episodes. In 2018, he also starred as Kenny Payne on Tyler Perry's series The Paynes, a spinoff of the show House of Payne.

So when McCrary hits the big screen via animation as Simba on July 19, you can expect his natural charm to shine through. Until then, be sure check out his latest single, "Keep in Touch" and prepare for cuteness overload.