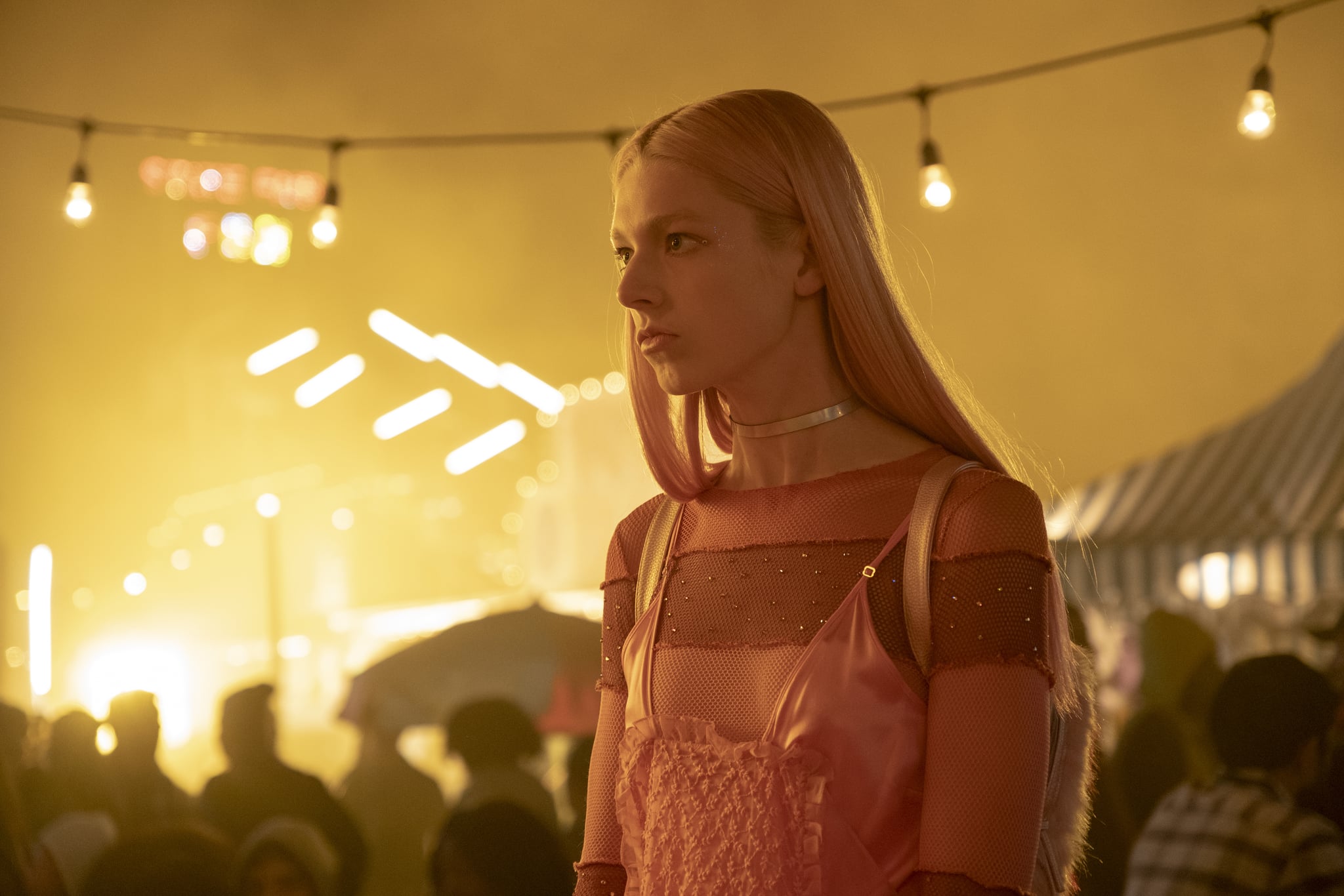 Warning: Spoilers for Euphoria ahead!

Euphoria just gets more tense by the week, and the storyline that constantly has us on the edge of our seat is the messed-up connection between Nate and Jules. In Sunday night's episode, Nate finally revealed himself in person to Jules — and then promptly blackmailed her with the sexy pictures she'd been sending him. Nate's motivations for all of this are still pretty murky, so we're trying to figure out what, exactly, is going through his mind.

The key, most likely, is in one particular line Nate says to Jules when they meet face to face. "Don't try to ruin my life, and I won't have to ruin yours." Coming on the heels of their mutual expression of distrust upon first meeting up, that seems like the most significant part of the whole exchange. We already know that Nate is full of anger and some serious self-loathing tied into his sexuality somehow, which is only confirmed by his violent reaction to Jules calling him a gay slur. There's clearly a missing piece here, suggesting that Jules knows something about Nate that he doesn't want getting out, but it's not in the forefront of the scene.

There remains the possibility that he's blackmailing her to protect his father, who recorded his sexual encounter with the underage Jules (among plenty of other murky sexual encounters). Since Nate himself has not yet done anything too egregious, that seems like the most likely answer. Nate's blackmail involves some pretty specific knowledge of child porn laws in their state; if the sexy pictures she sent to Nate qualify, the recording of her with Cal definitely would have consequences, especially since that was created by an adult of a minor. But perhaps there's more to Nate's story than we've been told, too, and that's the secret he's trying to protect.

Complicating matters, though, is that Nate seems to be attracted to Jules, but hates himself for it. He does compliment her during their confrontation, calling her "kind" and "smart" and telling her that she deserves to be treated better than she has been. There's nothing to be gained from those compliments, so Nate might actually be telling the truth when he admits he has a decent opinion of her. His attraction to her, tangled up with her sexual history with his nasty father, results in the only thing he can think of: mutual blackmail for mutual insurance. Judging by both of their reactions, too, this is far from over.

The Voice
This Voice Contestant Made an *NSYNC Hit 100 Times Edgier, and I'm in Awe
by Kelsie Gibson 7 minutes ago