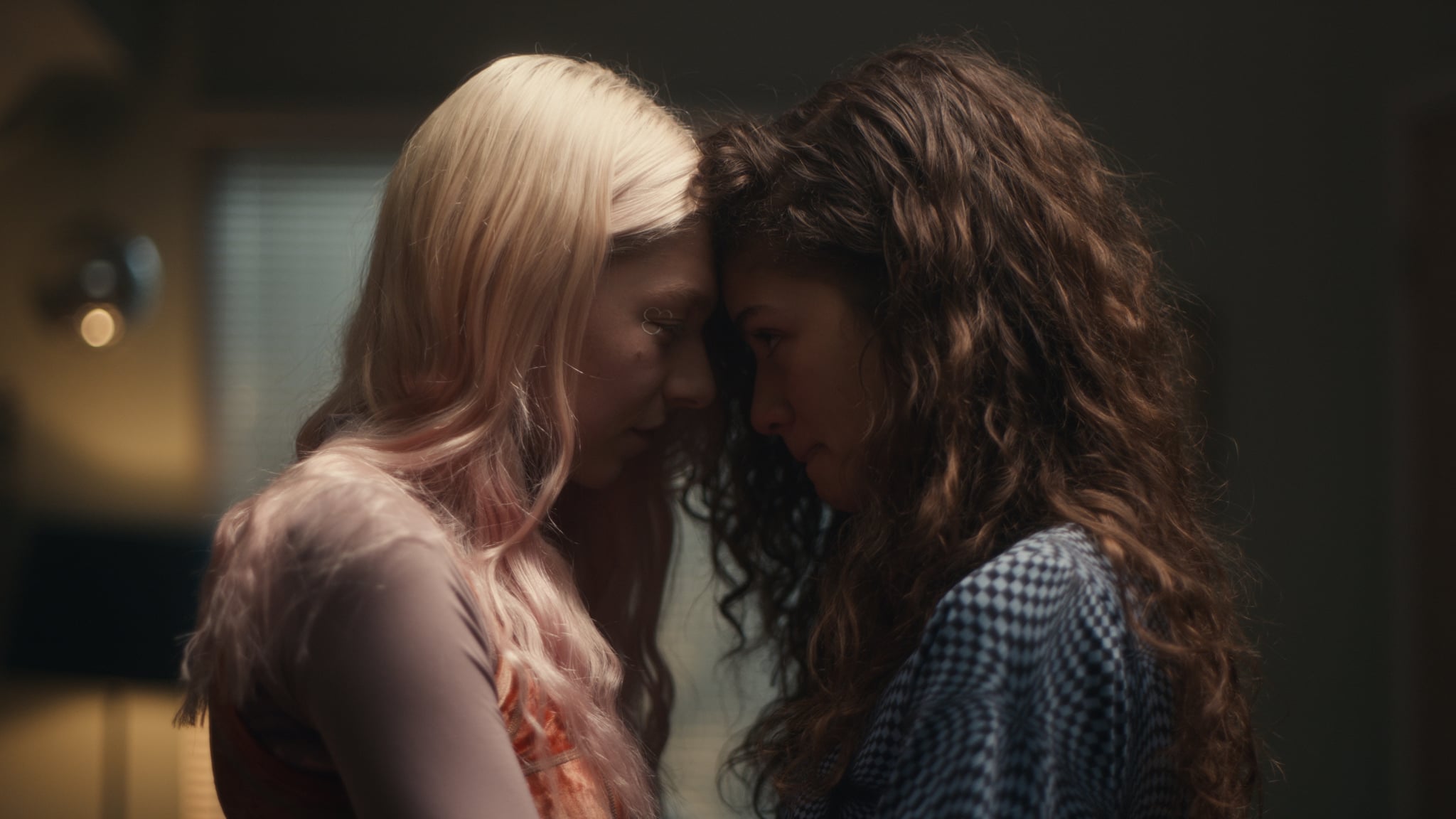 Spoilers for episode one of Euphoria and trigger warnings for graphic content ahead.

In case you haven't heard, HBO's gritty teen drama Euphoria is even more intense than its early trailers suggested. The show, which follows a group of teenagers as they struggle with growing up and experiment with sex, drugs, and more, is most definitely not geared at actual teenagers; it's a grown-up show full of grown-up scenes. Euphoria takes full advantage of HBO's loose restrictions on content. If you're curious just how graphic the show is, here's a rundown of what to know, based on the first episode.

The show opens with protagonist Rue getting out of rehab, and it quickly becomes pretty clear that she has no intention of staying clean. There's a flashback to the overdose that apparently landed her in rehab in the first place, and the world she and her classmates inhabit is one where drugs are never far away. Throughout the first episode, several characters are shown acquiring and doing drugs, and it's not just lightweight shots of characters smoking a joint: there are pills and even needles involved, all shown on screen.

The most graphic part of Euphoria so far is undoubtedly its depictions of sexuality. In two separate scenes, two different female characters have sex in ways that are murky, at best, when it comes to consent. One girl, Kat, is belittled and bullied by a trio of guys into taking off her clothes and, eventually, having sex with one of them while the other two watch her lose her virginity. Another, Maddy, is furious at her boyfriend, so she seeks out a random hookup to make him jealous. She and her chosen hookup have an explicit sex scene in a pool — while others start filming and streaming it without her consent.

Euphoria doesn't stop there, though. The first episode's most graphic — and disturbing — sex scene comes courtesy of Jules, a teen who's new to town, and Cal, a domineering married man whom she meets on a hookup app. Their sexual encounter is shown in graphic detail, including full-frontal nudity on Cal's part and some unexpectedly rough, violating sex. It's a graphic scene and a fairly upsetting one; the filming is unforgiving and doesn't look away at all.

Violence in Sexual and Nonsexual Situations

Just in the first episode alone, there are some shocking moments of physical violence. In one scene, Jules threatens Nate with a knife before turning the knife on herself and wounding her own arm. There's no cut away from the bloodshed, and it's a shocking moment of self-harm, even though it's not in the usual context of depression or a suicide attempt.

It's the sexual violence that's the most graphic, though. During one of the myriad hookups in the episode (between two teenagers), jock McKay starts choking Cassie, his female partner, during sex. She tells him to stop, and he does, which is more than can be said for the other moment of sexual violence. In the aforementioned scene of statutory rape, it's not just the sexually explicit content and full-frontal nudity that make it so graphic: it's rough to the point of violence, too. There's no mistaking what happens as Cal rips Jules's clothing and has horrifyingly rough sex with her, which seems to rattle her considerably.

The takeaway from all of this: Euphoria may look like a teens-behaving-badly drama, but it's much more explicit and graphic than your typical teen soap. If you're planning to watch it, be aware!