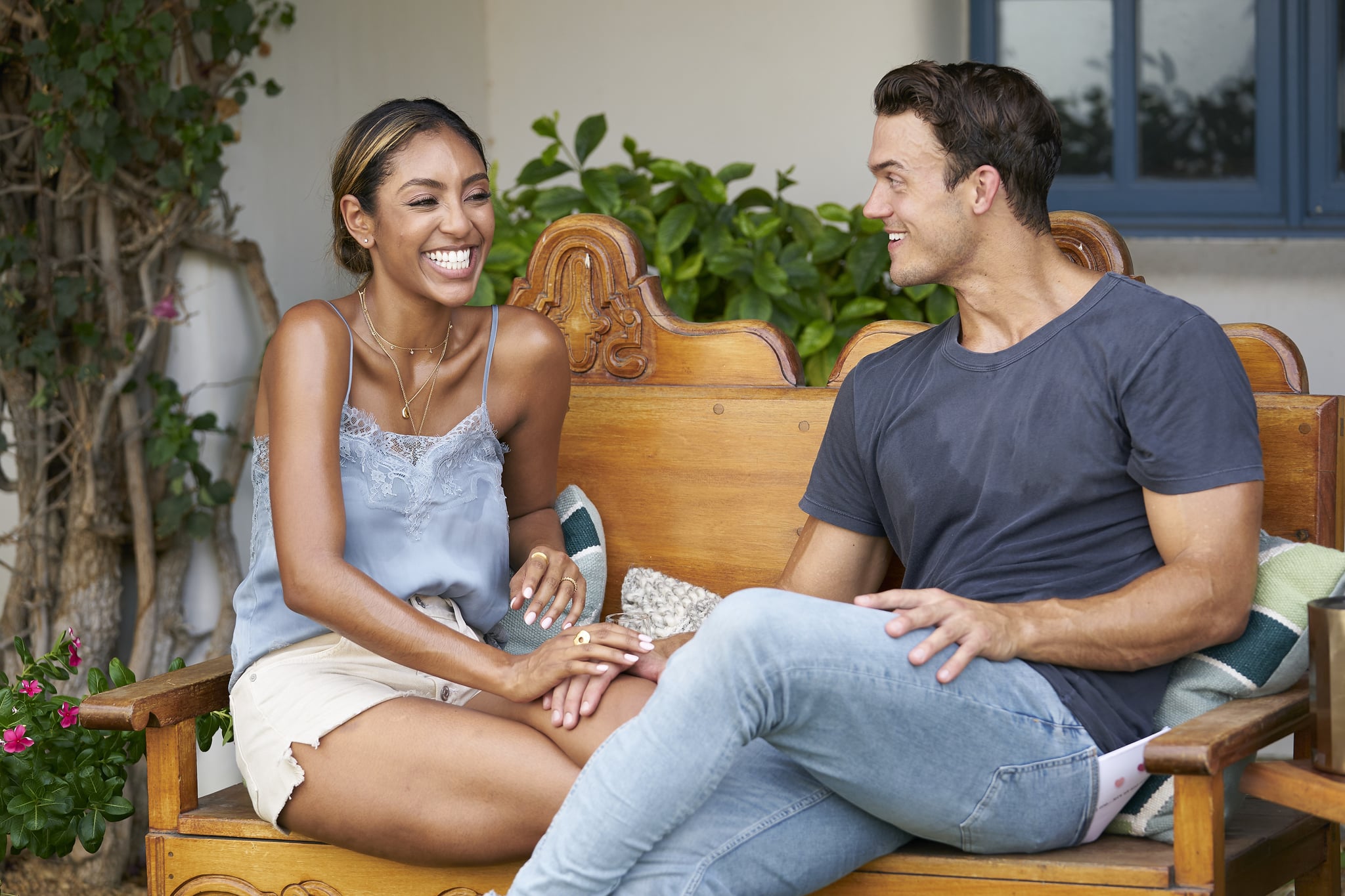 Although Ben Smith's dramatic return to The Bachelorette earned him a spot in Tayshia Adams's final two, he ultimately didn't get her final rose; that went, instead, to Zac Clark. Ben has become a bit of a fan favorite over the course of the season, so, of course, we're all asking: is Ben still single today?

As you can probably guess, we don't actually have a clear answer to that question yet. The show's contestants are under strict restrictions not to post anything that could possibly be a spoiler before the show airs, and sharing his relationship status prior to the finale would definitely have fallen under that category! Ben's Instagram has been pretty much a steady stream of fitness and family pics, steering clear of much mention at all of his time on The Bachelorette, and certainly nothing that could even remotely hint at his current relationship status. Will all that change now that the finale has aired? Possibly! Or he might just be keeping his personal life private for the time being.

Ben's dating life might take a very different turn, too: there are already some who are wondering if he's in line to be the next bachelor, after Matt James. Ben appeared on Rachel Lindsay and Becca Kufrin's Bachelor Happy Hour podcast on Dec. 2, and the women teased him about potentially being a future bachelor, with Rachel even outright saying, "You have the makings of a good bachelor!"

"I don't know what that means, but I appreciate it," Ben replied, also joking, "It's my hair!" to explain his popularity. "For me, the only thing that matters is what mattered before going on the show. So the community that I live in, the people that I love here, that's what matters now. And ultimately, there will be opportunities and things that come of this experience. New friends, things like that. But I care deeply about what I do. So I don't think I'm going to lose whatever I've got going here."

Intriguingly, only a couple of weeks later, Rachel herself had a very different opinion. Following the Dec. 15 episode of The Bachelorette, when Ben was sent home the first time, Rachel told co-host Becca on their podcast that she no longer thinks Ben should be a bachelor, partly because of his difficulty expressing emotions, and partly because he seems to want to be the lead so much.

"He does just enough to stay by. He reminds me of [Rachel's runner-up] Peter Kraus . . . in the way that he gives you just enough, but if you really break down what he's saying, it doesn't match up. So, it's like, 'I don't believe you.' Like, I'm into you. I like you. I feel it, but there's something that I can't explain that's not adding up here."

From there, she outright asked the show not to cast Ben! "Ben one thousand percent wants to be the bachelor . . . I beg producers, please don't do it," she said. "We've been here before with the person who is so desperate to be the lead — it never works out. When they want it so badly, when they've been planning for it, calculating . . . certain moves to get to that point and then you give it to them, it always messes up." For now, Ben's current (and future) relationship status is very much up in the air, but you can bet we'll hear about it when there's news!

TV
Is "Girls5eva" Based on a Real Girl Group?
by Simrin Purhar 1 hour ago