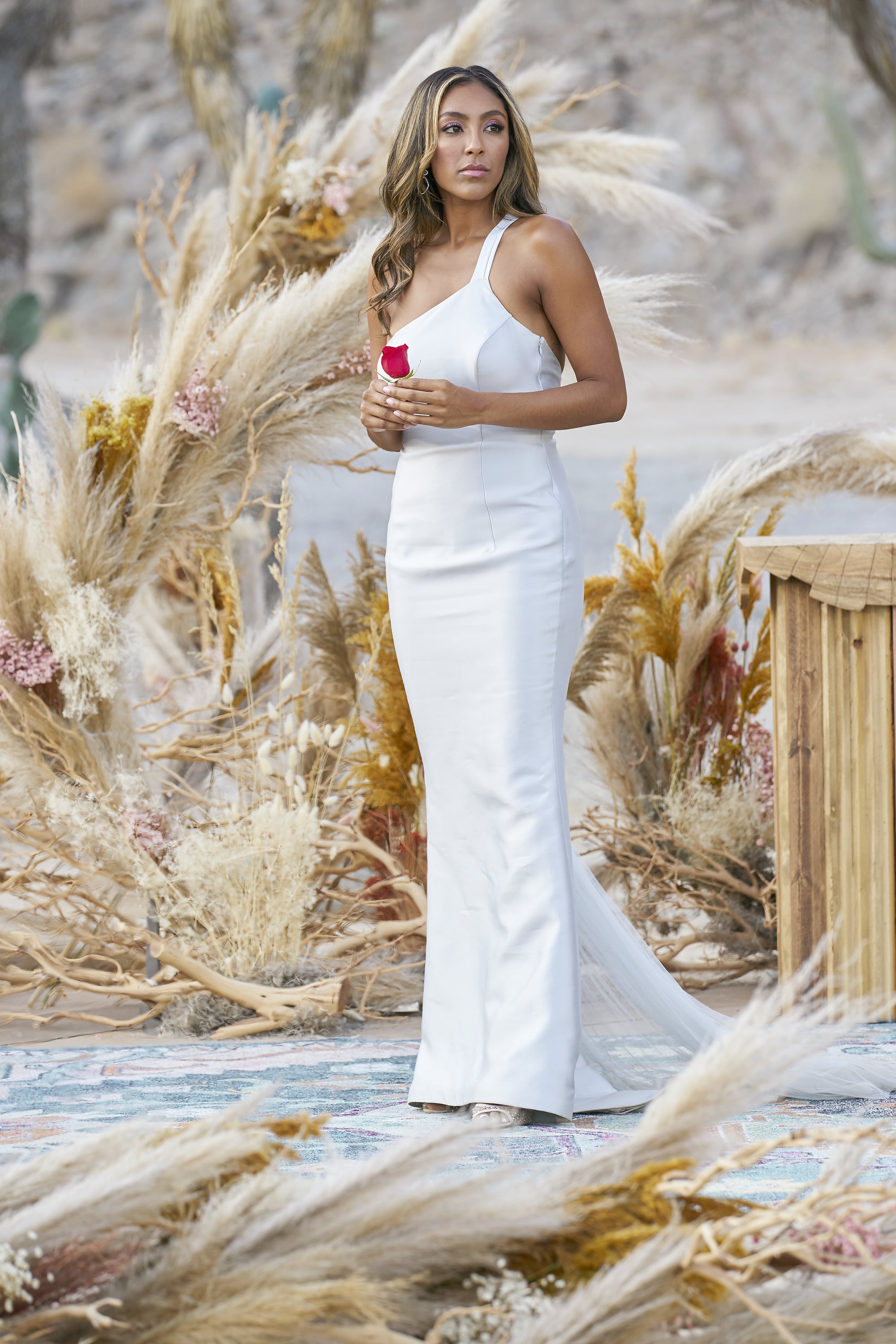 We have to give it to Chris Harrison, he wasn't exaggerating when he called this season of The Bachelorette one of the most dramatic installments ever. From Clare's tumultuous reign before she secured an engagement to Dale Moss and passed the crown on to Tayshia Adams, to pretty much every moment of Tayshia's half of the season, it's been a wild ride. On the Dec. 22 episode, Tayshia finally handed out her final rose, deciding she wanted to spend the rest of her life with runner Zac Clark.

The finale picked up right where the penultimate episode ended, with Brendan having sent himself home and Ben making a return after he had been sent home by Tayshia the week before. In a surprise turn, Ivan was the suitor sent home during the rose ceremony, with Tayshia citing a conversation about religion being a cause for worry. With her final two contestants being Zac and Ben, Tayshia went on to introduce them to her parents.

Each suitor made a positive impression on Tayshia's family, although her parents were understandably leery when she revealed that she had sent Ben home and he returned of his own volition, an action that Tayshia's father noted told him a lot about a person's character. When Tayshia explained that Ben had difficulty expressing his feelings, her father told her that while he liked Ben's background, he didn't want her to have to "work so hard to make sure you're on the same page with someone." When it came to Zac, Tayshia's mother seemed especially smitten with the older man, who confidently revealed that he could see him and Tayshia married and ready to start their family in five years.

Related:
The Bachelorette: Neil Lane Supplies the Engagement Rings, but Who Pays For Them?

And with that, Zac Clark asked Tayshia Adams to marry him, and she said yes. Then they hopped into a cardboard taxicab and rode off to their future together.