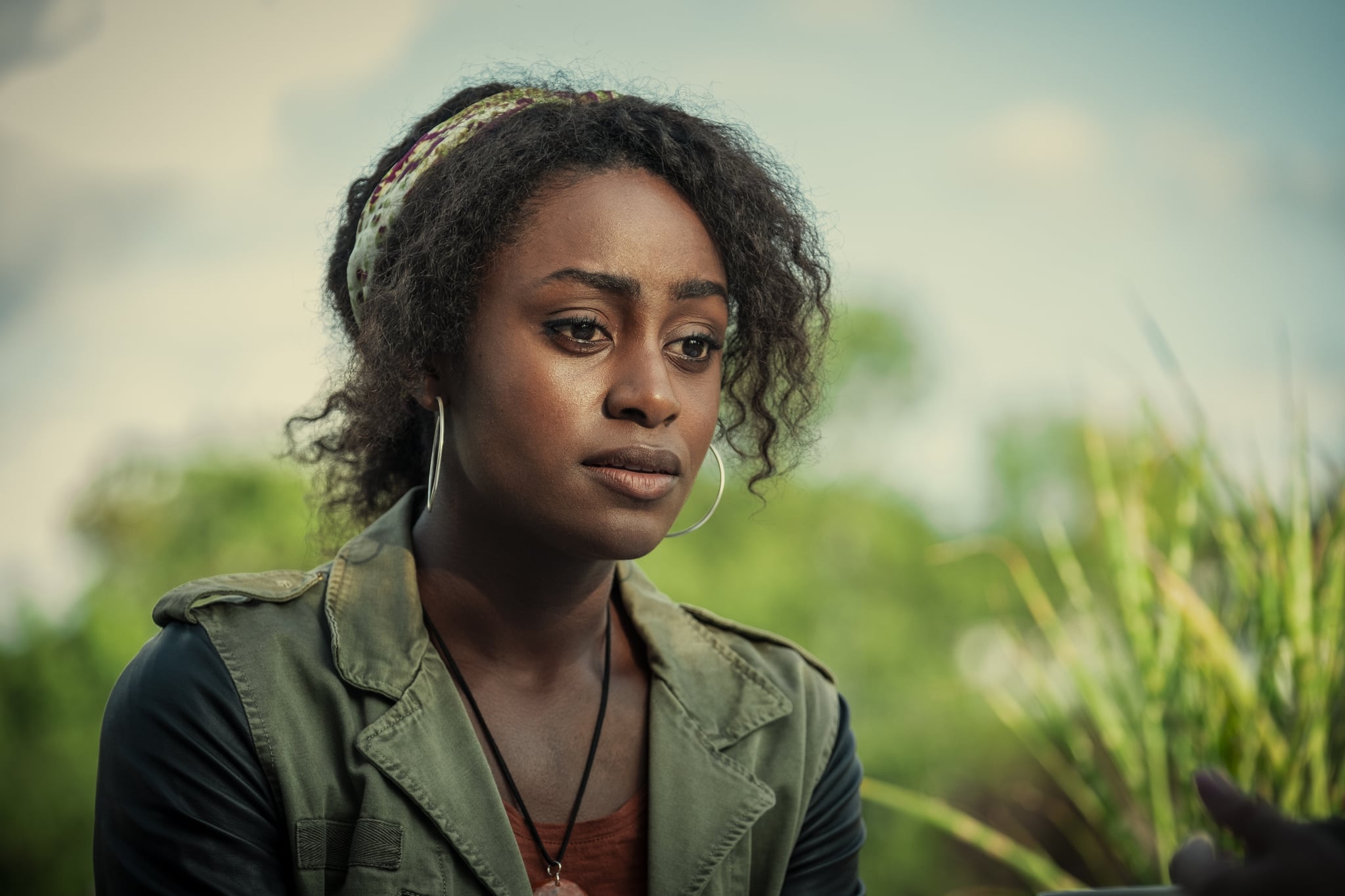 If you haven't already watched Behind Her Eyes, Netflix's adaptation of Sarah Pinborough's 2018 novel, then I recommend you turn back now, because I'm about to spoil the hell out of the big "twist" at the end of the series. If there's one compliment we could give the show, it's that it's a faithful remake of the book, aside from some minute details that don't alter the story too much. The show keeps the book's most vital plot points, which unfortunately includes the story's twisted finale. It's an ending that manages to turn the entire story on its head and does justice for none of the characters — especially not the woman at the center of it all.

To be fair, the series hints at the big twist throughout each episode. Louise (played by Simona Brown), a single mother looking to mingle, bumps into the handsome David (Tom Bateman) after being ghosted on a date. Though the two are instantly attracted to one another, it goes crashing when Louise learns that not only is David married, but he's also her boss! David's wife, Adele (Eve Hewson), seems eager for friendship, and even though she's still attracted to the woman's husband, Louise strikes up a secretive friendship with her.

Things take a turn for the worse when Louise and David stop resisting their attraction to one another and start an affair, further entangling the mother of one in David's estranged marriage. As Louise attempts to unravel the mystery that is Adele and David's union, she finds solace in the lucid dreaming she learns from the journal of Adele's late friend Rob. Near the end of the series, Louise finds herself in Adele's crosshairs when her affair with David is discovered. The revelation leads to the big twist: Adele is really Rob, who switched bodies with her through the art of lucid dreaming, a skill that Adele mastered after having suffered from night terrors.

Related:
I Watched Behind Her Eyes on Netflix a Month Ago, and the Ending Still Makes Me Shudder

If you were also wondering why this was happening, stay with me. Adele met Rob in a psychiatric hospital when she was younger, and the two quickly became inseparable. Though it initially seems Rob is in love with Adele, he reveals that he prefers men. When Adele invites Rob to her home to introduce him to the love of her life, David, it's clear the older man is exactly Rob's type. Rob, a heroin addict who hungers for the wealth and seemingly perfect life that Adele has, convinces Adele to switch bodies with him via lucid dreaming. He strikes while Adele is stuck in his body, killing his best friend to assume her identity. 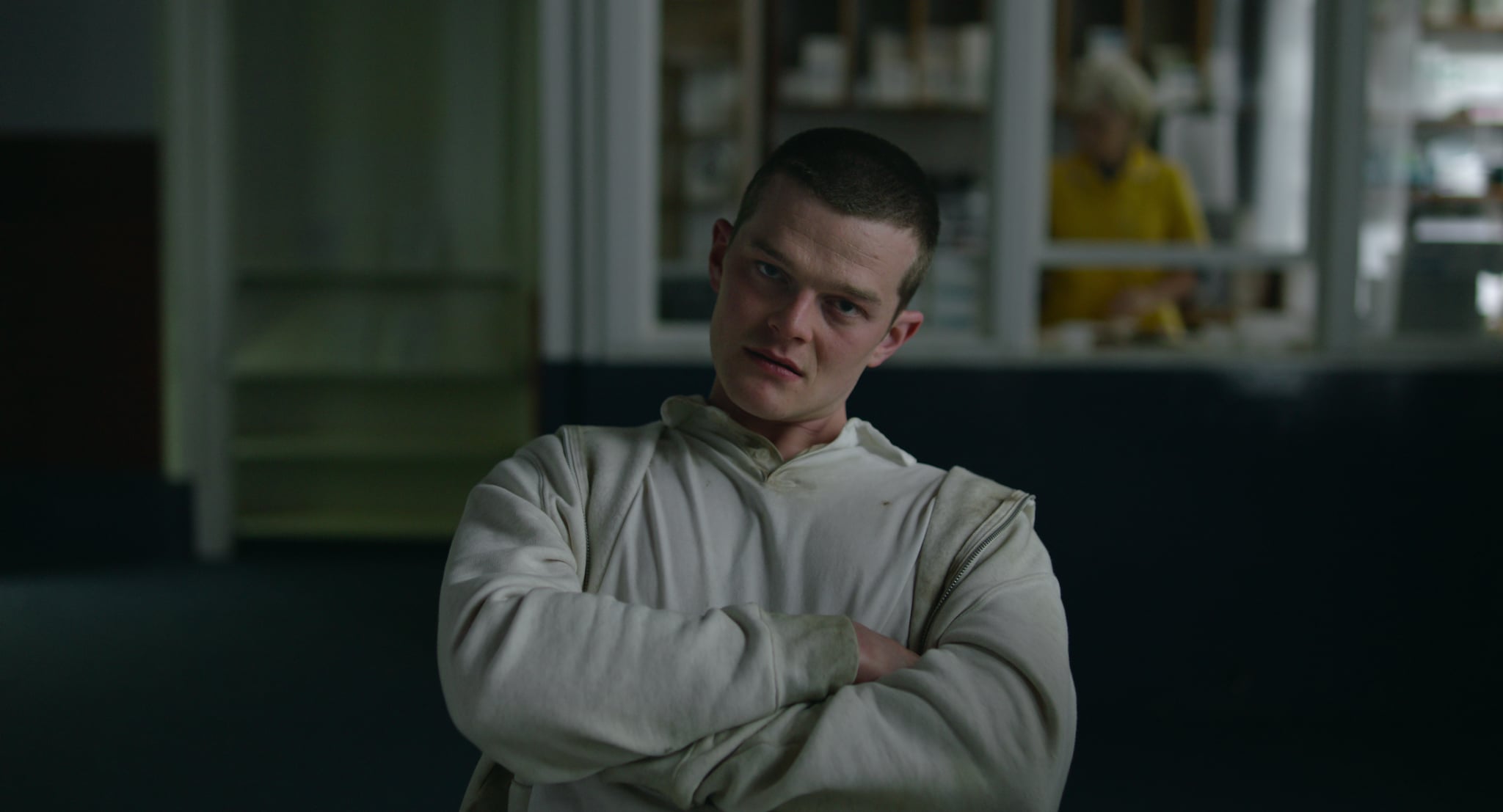 It all comes to a head when he does the same to Louise. Rob orchestrates Louise's murder by taking over her body, leaving Louise trapped in Adele's body, pumped full of heroin. He sets the house on fire with an unconscious Louise in Adele's body inside, making it look like Adele took her own life. Rob assumes Louise's identity and marries David, who is none the wiser about how much of his life has been a lie.

While many see this narrative misdirect as a brilliant twist, I can't help but lament Louise's role as a puppet for Rob's machinations, the lack of agency for Adele, poor David's miserable love life, and even Rob! First of all, what is otherwise a grounded and suspenseful thriller suddenly becomes something surreal and supernatural when it didn't need to be. We could have had a narrative that is just as melodramatic without taking away the agency of every single woman and casting the sole gay-identifying character as a body-snatching parasite.

Having a Black woman's agency robbed because a white man decides to use her body as a means to an end is . . . a choice.

Although Brown brilliantly portrays the loneliness that compels Louise to fall in love with a married man and befriend his wife, she can't save the fact that Louise is just a puppet to further along the story. Of Louise, we only know the facts necessary to establish her motives for sleeping with David and that she needs help with night terrors. Other than a best friend who disappears after the first act, Louise is seemingly alone aside from her son. She's also the only Black character in the series, which makes sense because if she had a Black friend, they would have been a lot more vehement about her acting a fool for a man with a wife who is acting all sorts of disturbing. And to that end, having a Black woman's agency robbed because a white man decides to use her body as a means to an end is . . . a choice. Speaking of Rob, what a damn mess! I would have loved to have Rob as a fully living member of the cast, because his character is one of the most intriguing. He's an addict and poor — he longs for the luxury that he sees Adele living in, although he disregards the reality of how she came upon that wealth. He's selfish, cruel, and ruthless, a character who is always fun to hate when they're doing whatever to get what they want. But to have his character kill two women and invade their bodies so he can have a relationship with a straight man is another choice that could have done with a bit more thinking in the drafts.

To quote the iconic Anna Shay from Netflix's Bling Empire, "There ain't no d*ck that good."

Between David having no idea who he's been married to and having sex with for years and Adele being killed by the best friend she thought of as family so soon after losing her parents to a house fire, it's just too much. That one twist makes what could have been a fascinating relationship thriller (I thought we were going down the polygamy route!) become a surreal mess. I'm pouring one out for what could have been.