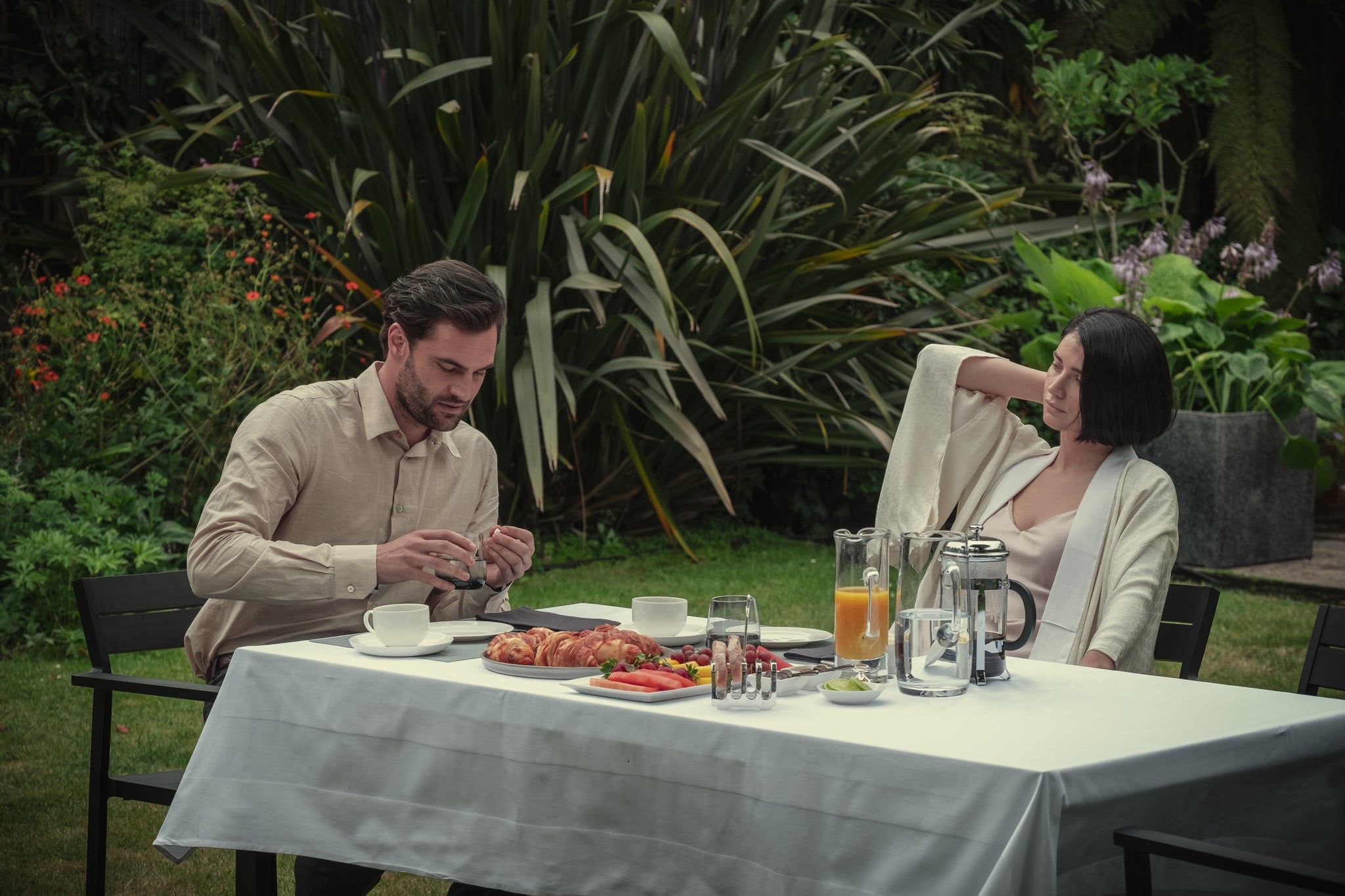 Behind Her Eyes is an intense watch as it explores heavy themes like obsession, drug abuse, mental illness, and lucid dreaming. It follows the story of married couple David (Tom Bateman) and Adele (Eve Hewson), who end up intertwined in a relationship with David's coworker Louise (played by Simona Brown). At first, it appears to be your very average TV storyline about a man in an unhappy marriage who cheats on his wife and can't seem to stop himself. Very quickly, though, you realize that there's more to David and Adele's marriage than meets the eye, and you begin to worry about Louise and her involvement. As it turns out, that's for good reason.

While Louise and Adele develop an oddly comfortable friendship relatively early on in the six-part series, you do start to wonder if somehow Adele might know that Louise is the one sleeping with her husband when she's not around. The two characters don't have much in common, with Adele being a rich housewife married to a psychiatrist and Louise being said psychiatrist's part-time assistant. So why else would Adele want to be so close to Louise? For the first few episodes, trying to work out where the fascination lies is admittedly thrilling. To see a character like Louise, a single mom, go after what she wants and put her needs first, despite her life being devoted to her son, was a pleasant surprise. But when it came to Adele's character, I was desperate to find out what exactly was going on in her head, because you know there's something — you just can't quite put your finger on it.

When I did find out, though, I was severely disappointed. The entire show hinges on the premise that Adele is really her friend Rob, who switched bodies with her through the art of lucid dreaming, a skill that Adele mastered having suffered from night terrors. The biggest questions of the show are all answered in the final episode, which — although it definitely succeeded at keeping me watching till the very end — did make for a rushed explanation that felt like it came out of nowhere. Throughout the series, there are scenes of Adele discreetly using heroin, which goes unexplained and because of that seems rather random, and it's only at the end that you realize that it's because she was really Rob all along. This is one of the only subtle clues that we get throughout the show that Rob could be to blame for the bizarre marriage between David and Adele, and honestly, it's not enough in my opinion.

We're introduced to Rob as Adele's friend from the psychiatric hospital, and for the most part, we're convinced that he has a crush on her. It's only when Adele takes Rob home to meet her then-fiancé, David, that sparks begin to fly, but even then, it takes a while to realize that it's David whom Rob really desires. Various vague explanations of lucid dreaming come to a head when you see a flashback of Rob and Adele switching bodies in the past, and in the final episode, you see Rob switching bodies with Louise, too. You then realize that you've been watching Rob all this time. Rob meets Louise in the first episode, Rob comes home to David each night, and (yep, you guessed it) Rob ends up marrying David again at the end, despite him looking and sounding exactly like Louise. It's safe to say that by the end of the show, I felt a little cheated.

It's an infuriating ending to an otherwise compelling story, and between David and Louise, I honestly can't decide who ends up worse off. On the one hand, you really do feel sorry for David for being so blissfully unaware that the two women he's married in his lifetime have in actual fact been the same man. On the other, you can't help but mourn the loss of Louise as a character because, despite her potential and her relatability (pretty much the only character you can relate to), she simply exists as a vehicle for Rob to tell his disturbing story.

All in all, Behind Her Eyes is an intriguing watch at first, but it takes far too long to really get going and then decides to pack multiple episodes' worth of explanation into one uncomfortable (and, might I add, far-fetched) ending, without really taking the time or the effort to plant the seed of the story in the first place.