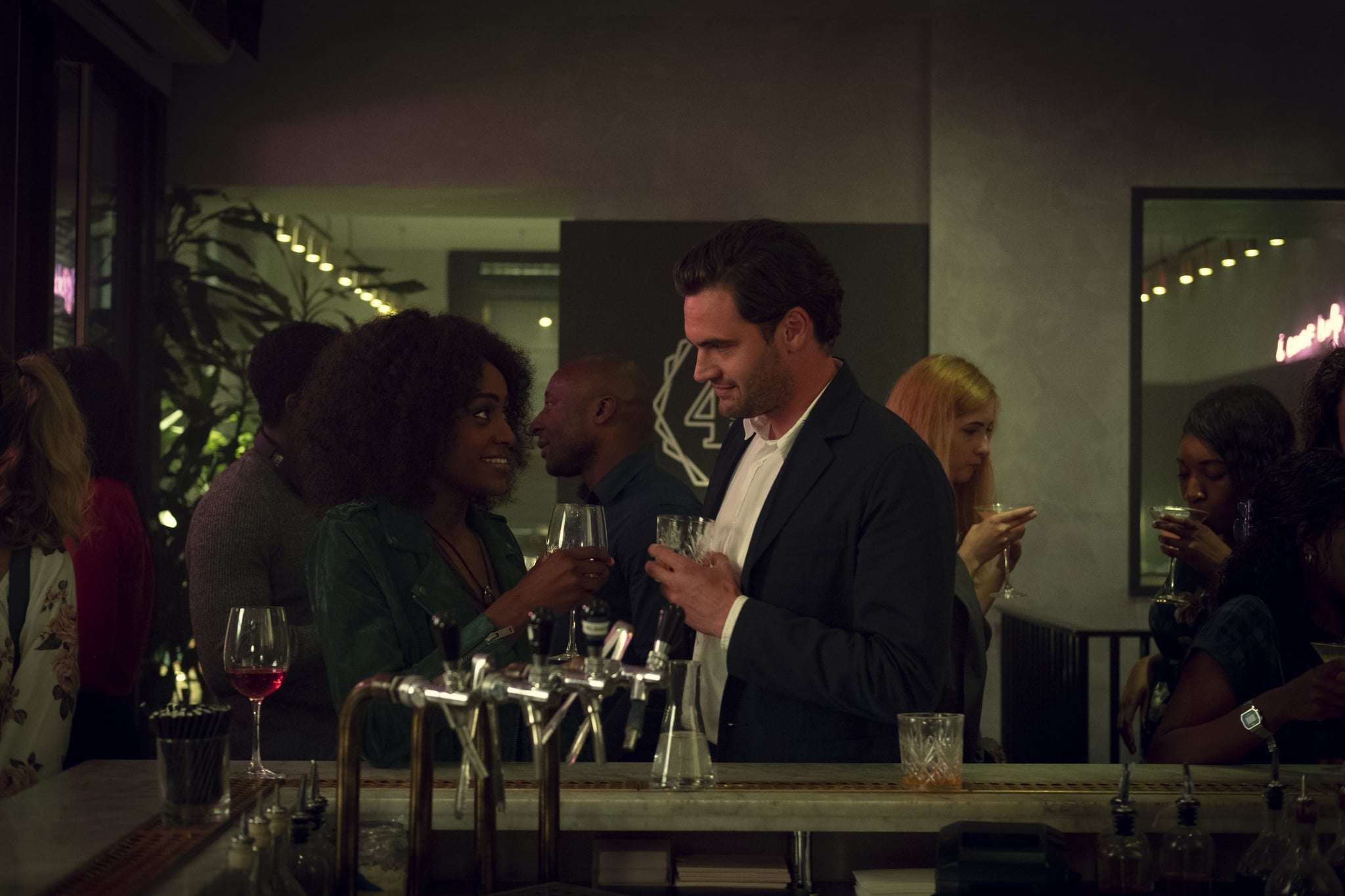 Some TV adaptations are so far removed from their written inspiration that it's hard for readers to identify any similar plot lines — this is not the case of Behind Her Eyes. Save for one majorly ill-conceived change, the suspenseful miniseries is perhaps one of the most faithful adaptations Netflix has made as of late. Sarah Pinborough's 2018 novel takes readers inside a complex love triangle between a married couple and a woman who finds herself drawn to each partner in different ways. Netflix's version tells the story of Louise (Simona Brown), Adele (Eve Hewson), and David (Tom Bateman) in a similar fashion to the book, but with slight tweaks — here are the major differences.

(Note that the following might require more context if you haven't read the book, watched the series, or both!)

Pinborough, through Adele, describes Louise as "prettier than she thinks and for the sake of half a stone she'd have a wonderful figure. Not lean and boyish like me, but curvy and feminine." Aside from an ongoing thread about Louise's quest to lose weight, that's really all we get in the way of physical description.

Colorblind casting has its merits, but given the disturbing ending of Behind Her Eyes, the decision to cast a Black actor as Louise backfires. Simona Brown does a beautiful job at conveying Louise's emotional story arc, but in the end — spoiler alert — Louise's body is inhabited by the consciousness of a white man. This ending is horrifically out-of-touch no matter how you look at it.

2. Rob's Sexuality Isn't Explored Until the End of the Book

Part of what makes the book's twist-ending so shocking is that his sexual attraction to men isn't explored until the reveal in the final chapters. As someone who recently read the book, I was shocked at Netflix's decision include aggressively sexual dialogue for Rob as early as the second episode. Perhaps they felt his attraction to David would come too out-of-the-blue for viewers, but that's part of what makes the book's conclusion so unpredictable.

Right off the bat, I was surprised we actually see Louise and David's encounter at the bar. The book skips over showing the introduction in favor of letting readers experience it by way of Louise's recounting of events to her friend, Sophie.

One thread that's left purposely loose for readers is the origin of Adele's black eye; full chapters go by as we speculate along with Louise as to how Adele acquires the injury. Netflix's version opted to show us upfront, which felt like a missed opportunity for more mystery. The same could be said for the decision to show Adele getting heroin from Anthony, which isn't explained until Adele's exposition at the end of the book.

Of all the tweaks Netflix made, I'm grateful the writers opted to keep Marianne's poor cat alive. In the book, Adele mercilessly murders the cat in front of the woman she suspects is sleeping with David. It's a cruel moment meant to solidify just how psychotic Adele is, but writing "slut" in red paint on the interior of Marianne's home drives the point home just as well.

5. All the Wee Things

There are small tweaks throughout. In the book . . .