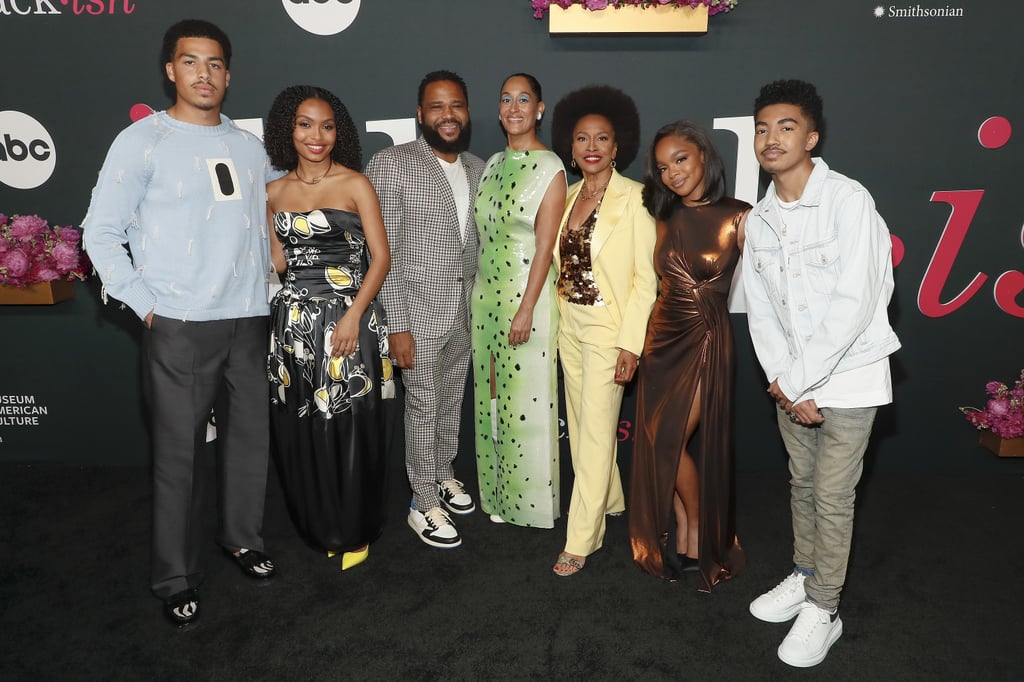 The "Black-ish" Cast Say Farewell Ahead of Series Finale

It's a sad day for "Black-ish" fans because the hit ABC family series is coming to an end. After eight laughter-filled seasons, "Black-ish" will air its series finale on April 19. The show kicked off its last season premiere on Jan. 4 with a special guest appearance from former First Lady Michelle Obama. Yet we're still struggling to say goodbye to the Johnson family — Rainbow (Tracee Ellis Ross), Andre "Dre" (Anthony Anderson), Zoey (Yara Shahidi), Junior (Marcus Scribner), Diane (Marsai Martin), and Jack (Miles Brown) — after growing up with them over the years.

Even some of the cast are still grappling with the fact that the show is finishing up its final season. In an Instagram tribute post to her castmates, Ross wrote, "It is so hard to say goodbye to the @blackishabc family. But, I leave full of joy and pride. It was an honor to go to work every day, to create our hilarious and important show. We changed the landscape of modern primetime television."

Scribner echoed his TV mom's sentiments in an interview with POPSUGAR, stating, "It was definitely hard, but we were so thankful that we were able to get an eighth and final season to send it off the right way . . . we really get to send them off in a celebratory manner, and just celebrate all the amazing storylines that we've had over the years and what we've been to Black culture."

In a farewell video from ABC, scored to Boyz II Men's "It's So Hard to Say Goodbye to Yesterday," the cast reflected on their time together and the show's success. "As a family and as a cast, we are very powerful," Martin says. Ross adds, "It is such an honor to have been doing this show with you for all these years."

Ahead, see how the rest of the "Black-ish" cast is bidding farewell to the show.