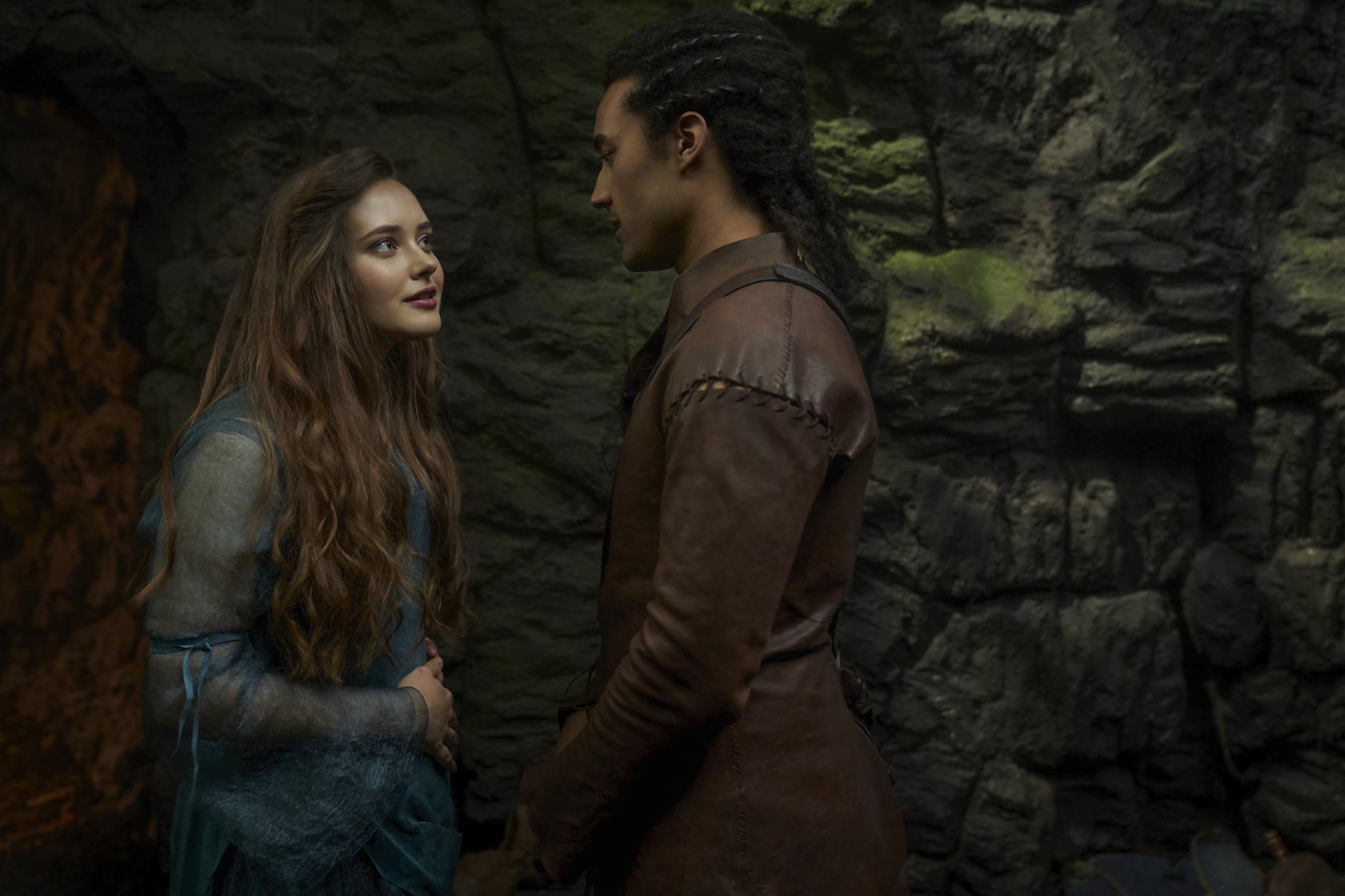 The upcoming Netflix drama Cursed looks at the King Arthur legend through the eyes of a different character named Nimue. If you're only familiar with the most basic versions of the Camelot legends, you might not recognize her name right away, but Nimue is, in fact, one of the most central characters to the whole mythology.

In most version of the Camelot mythos, Nimue is the given name of the Lady of the Lake, but the complexity and variations of Arthurian myths can make it difficult to trace which stories are about her and which are attributed to other versions of the character. The Lady of the Lake is best known for being the enchantress who emerges from a lake to give King Arthur his famed sword Excalibur. Yes, that's where the much-memed "Strange women lying in ponds distributing swords is no basis for a system of government" scene from Monty Python and the Holy Grail comes from!

Her connection with Arthur then comes full circle at the end of Camelot. After Arthur is mortally wounded, his knight Sir Bedivere throws Excalibur back into the lake, where it is reclaimed by the Lady. Nimue is also one of the magical beings who takes the dying Arthur away to Avalon, the mysterious and magical island where he is taken to rest until he is needed once again.

In several versions of the story, she is an enemy to the sorcerer Merlin, although different versions of the mythos give her different motivations. Some variants of the Arthurian legends cast her as a jealous witch who plays potentially deadly tricks on Merlin out of spite and jealousy. Others have a more sympathetic interpretation, in which Nimue's fatal enchanting of Merlin is motivated by his continued and intense romantic and sexual harassment of her; after she gets rid of him, she becomes Arthur's wisest and most compassionate advisor (and marries one of his knights), helping to move Camelot in the right direction.

There are, however, alternate versions of the Lady of the Lake and of Nimue, and in some tellings, Nimue is only one of multiple "Lady of the Lake" characters. Some versions cast Nimue as Merlin's enemy and ultimate doom while separating her from the Lady who gives Arthur his sword; other versions combine the concept of the Lady of the Lake with the character of Morgan le Fay. Nimue's name isn't even always consistent: although "Nimue" or "Nimueh" is the most common name for this character, she is occasionally named Ninianne or Vivianne. Cursed seems to be taking the most common elements of Nimue's different stories, and we'll get to see exactly which elements appear when the series arrives on Netflix on July 17!