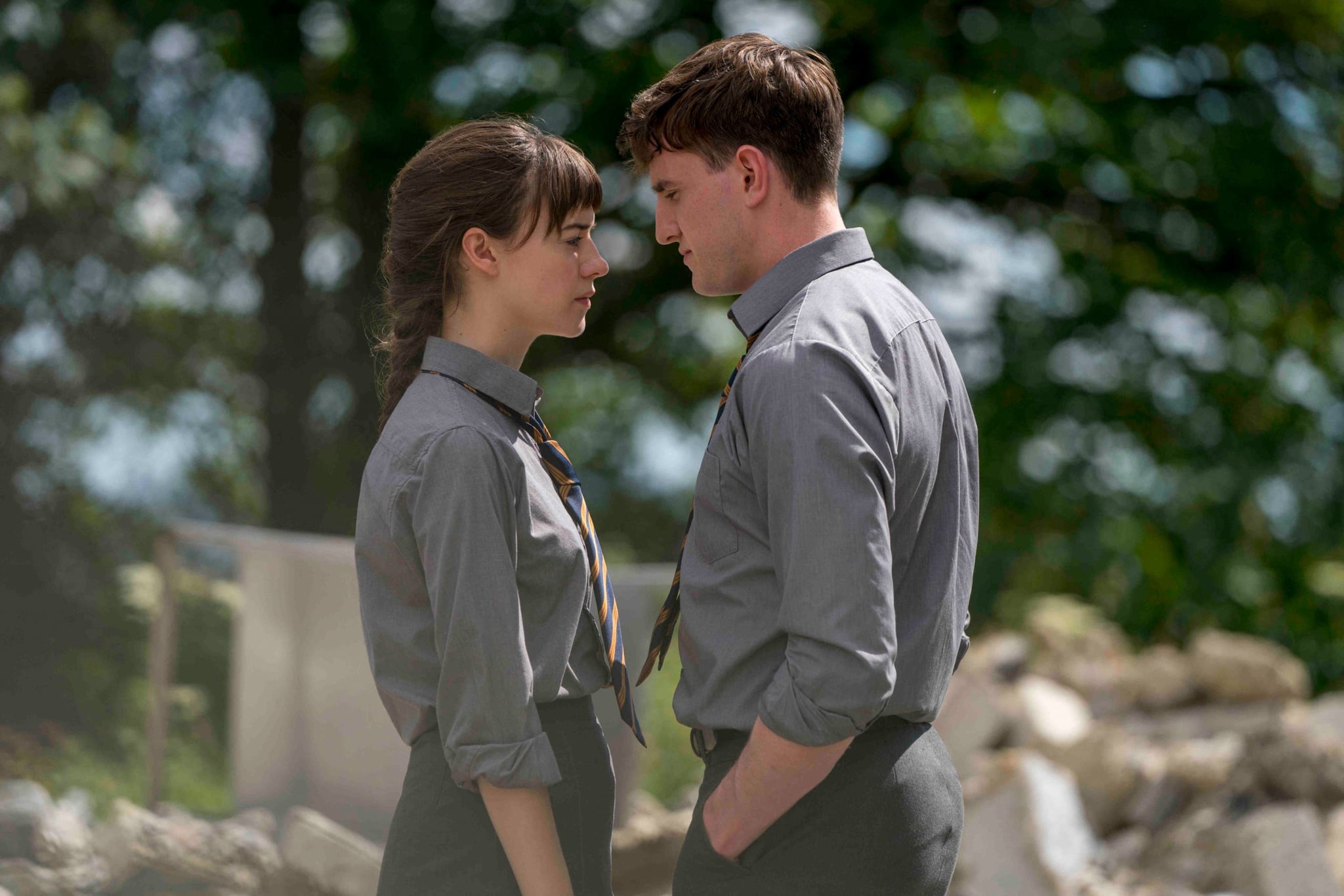 Brimming with angst and sexual tension, Sally Rooney's Normal People captures the will-they-or-won't-they dynamic between lead characters Connell and Marianne throughout their high school and college years. She's rich, he's not, and the utter lack of communication between them leads to a perpetually dysfunctional relationship — though that definitely doesn't stop their hot hookups. What remains to be seen in Hulu and the BBC's new, beautifully cast adaptation of Normal People — which comes out in the United States on April 29 — is if they'll end up together. In the book, the answer leans toward an uncertain no. Here's where the turbulent love between Marianne and Connell lands in the conclusion of Rooney's novel — like that cryptic Facebook relationship status of the early aughts, it's complicated, suffice to say.

Normal People starts with Connell being ashamed of Marianne because she's unpopular at their high school in County Sligo, Ireland — as a result, they see each other secretly. Things turn sharply when they attend Trinity College in Dublin, where it's Connell who has trouble mixing with his rich peers. In their first first year of college, Marianne and Connell maintain a friends-with-benefits situation but ultimately break things off when Connell loses his job and has to go home for the summer. He's too ashamed to ask to stay with her, so their relationship crumbles. They eventually cross paths again and reconcile, though they start seeing other people — Marianne with Jamie and Connell with Helen. Unfortunately, Jamie is an abusive jerk. Marianne eventually breaks up with him the next summer, right after Connell awkwardly kisses her. While studying abroad in Sweden during the school year, Marianne is with another bad guy named Lukas, but again, the relationship doesn't pan out.

Near the conclusion, Marianne and Connell get together in their hometown the following summer, because of course they do. When they hook up, Marianne tells Connell to hit her, and he refuses to, so she leaves. But she soon calls him when her brother, Alan, actually hurts her at her family's house. The next school year, Connell and Marianne enter the most stable relationship they've had together. Still, happy shiny things don't really last forever in Normal People. Connell finds out that he's been accepted into an MFA creative writing program in New York. He tells Marianne that he doesn't want to leave her. Realizing that their relationship will probably never be the same, she says that he should go without her, and the book finishes on that bittersweet note.

While they don't officially break up, the novel suggests that Marianne is at a place in her life where she can be alone and healthily let Connell go, even if that may mean that they'll never get back together. We'll just have to watch to see if the small screen adaptation provides a definitive or different ending.