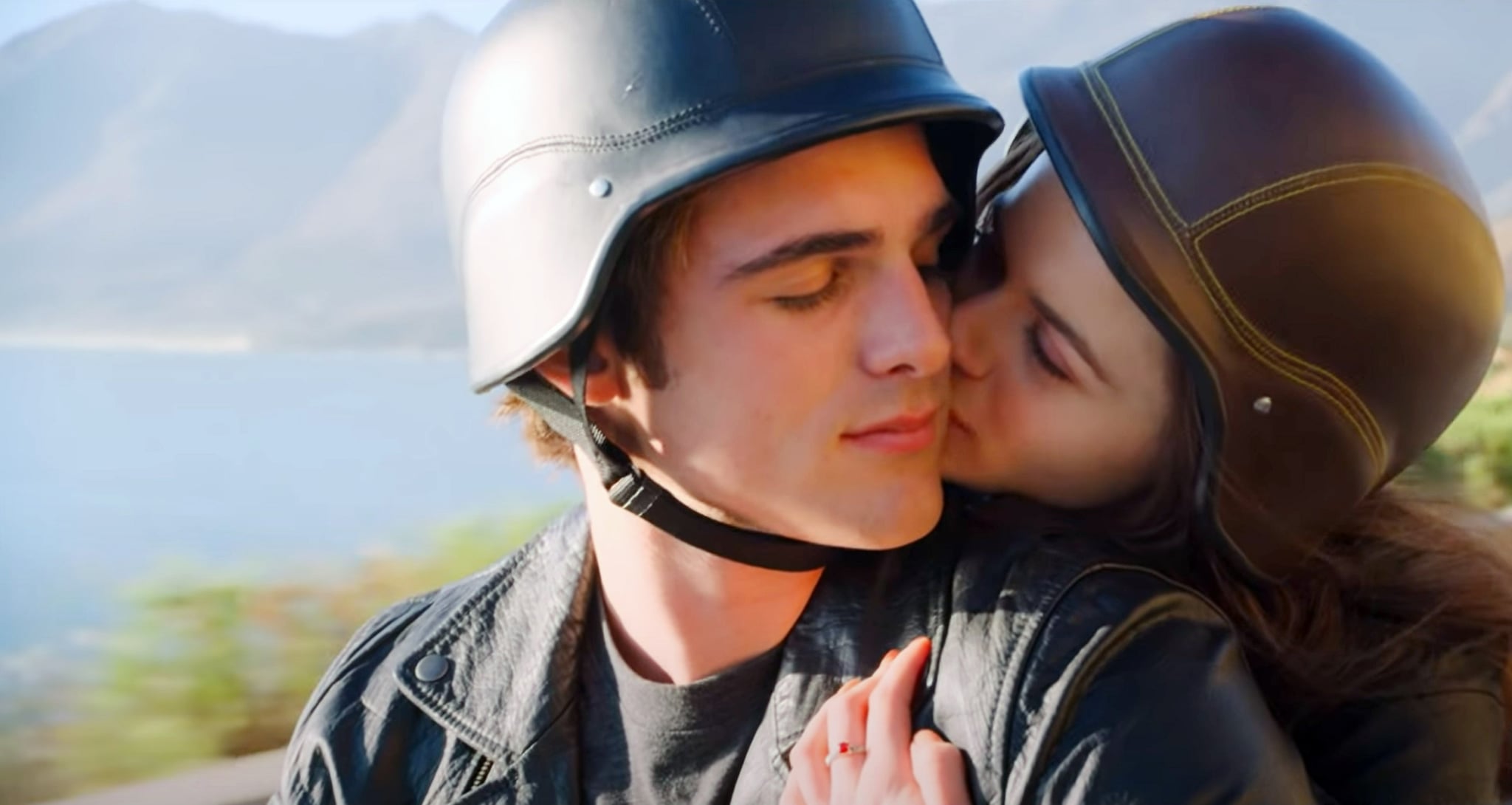 During Netflix's #TKBFanFest live stream on July 26, stars Joey King and Joel Courtney made the big announcement. Apparently, they secretly filmed The Kissing Booth 3 at the same time that they filmed The Kissing Booth 2, which is out now. Although the announcement was abrupt, it's not entirely unexpected — after all, the To All the Boys I've Loved Before series used the same filming strategy, filming P.S. I Still Love You simultaneously with the upcoming third and final movie, Always and Forever, Lara Jean. The only difference is that they were totally public about filming the two movies together, whereas this news about The Kissing Booth 3 is a surprise for fans!

Because the movie is already filmed, Netflix had another treat for fans: a teaser for the three-quel, even though it's not set to start streaming in full until next year! The quick scene shows Elle hanging out with her crew — Noah, Lee, and Rachel — when a call arrives from the Harvard admissions office . . . and she ignores it.

The Kissing Booth 3 may be the first in the film series not to be directly based on one of the books by Beth Reekles. There are only two full books in the series (plus two novellas that fit within those plots). Decider reported the full synopsis, straight from Netflix: "It's the summer before Elle (Joey King) heads to college, and she has a secret: She got into both Harvard, where her dreamy boyfriend Noah (Jacob Elordi) goes, and Berkeley, where her BFF Lee (Joel Courtney) is going. Which path will Elle choose?"

There's no official release date yet, just confirmation that it will come out in 2021. Since both of the previous movies have been Summer releases, it seems likely that the third will be too. In the meantime, let the speculation commence!

by Michele Mendez 39 minutes ago