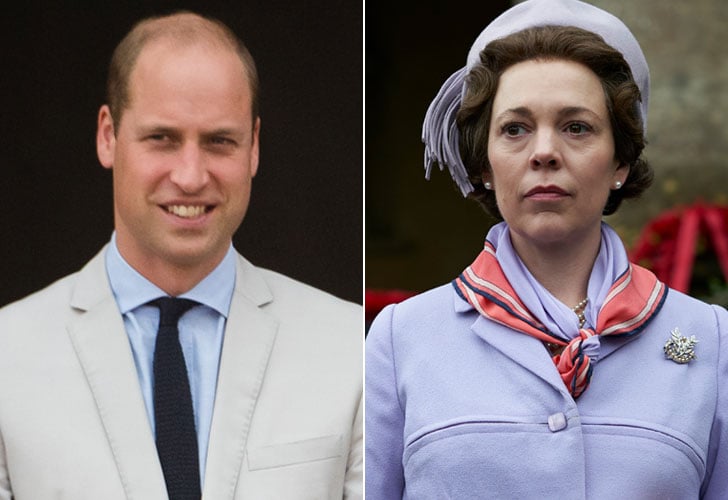 Olivia Colman has taken over for Claire Foy as Queen Elizabeth II in season three of Netflix's critically acclaimed royal drama The Crown, a role that's sure to earn her plenty of award season buzz. However, as Colman recently discovered at a dinner party with Prince William, not everyone is a fan of the series.

While sitting down with costar Helena Bonham Carter — who plays the queen's younger sister, Princess Margaret, in season three — on The Graham Norton Show, Colman discussed everything from her forgetful night at the Oscars with "her b*tches" to bumping into fellow guest Chadwick Boseman at the big award show. Of course, the UK talk-show host couldn't let her get away without answering an important question people have been wondering about since The Crown began streaming on Netflix back in 2016: does anyone in the royal family actually watch it? The real Queen Elizabeth II reportedly does, but Prince William is decidedly not a fan.

Related:
The Crown Replaced the Whole Cast For Season 3 — Meet the New Royals

Colman recalled bumping into the royal at a recent dinner party, which she joked "didn't go well" after the pair started discussing her work. "I met Prince William at a dinner, and he asked what I was doing at the moment before he quickly added, 'Actually, I know what you're doing,'" she said. "I was so excited and asked, 'Have you watched it?' His answer was a firm, 'No.' But he was very charming and very lovely."

Given how in-depth the Peter Morgan-created series goes into various royal scandals and relationships over the last few decades, we can't say we blame him. (Especially since he'll likely have to watch a younger version of himself on the show in a few years.) Maybe he'll give it a try once season three premieres on Nov. 17? We'll just have to wait and see. Until then, watch Colman and her costar discuss The Crown, as well as Bonham Carter's unorthodox way of preparing to play Princess Margaret, below.