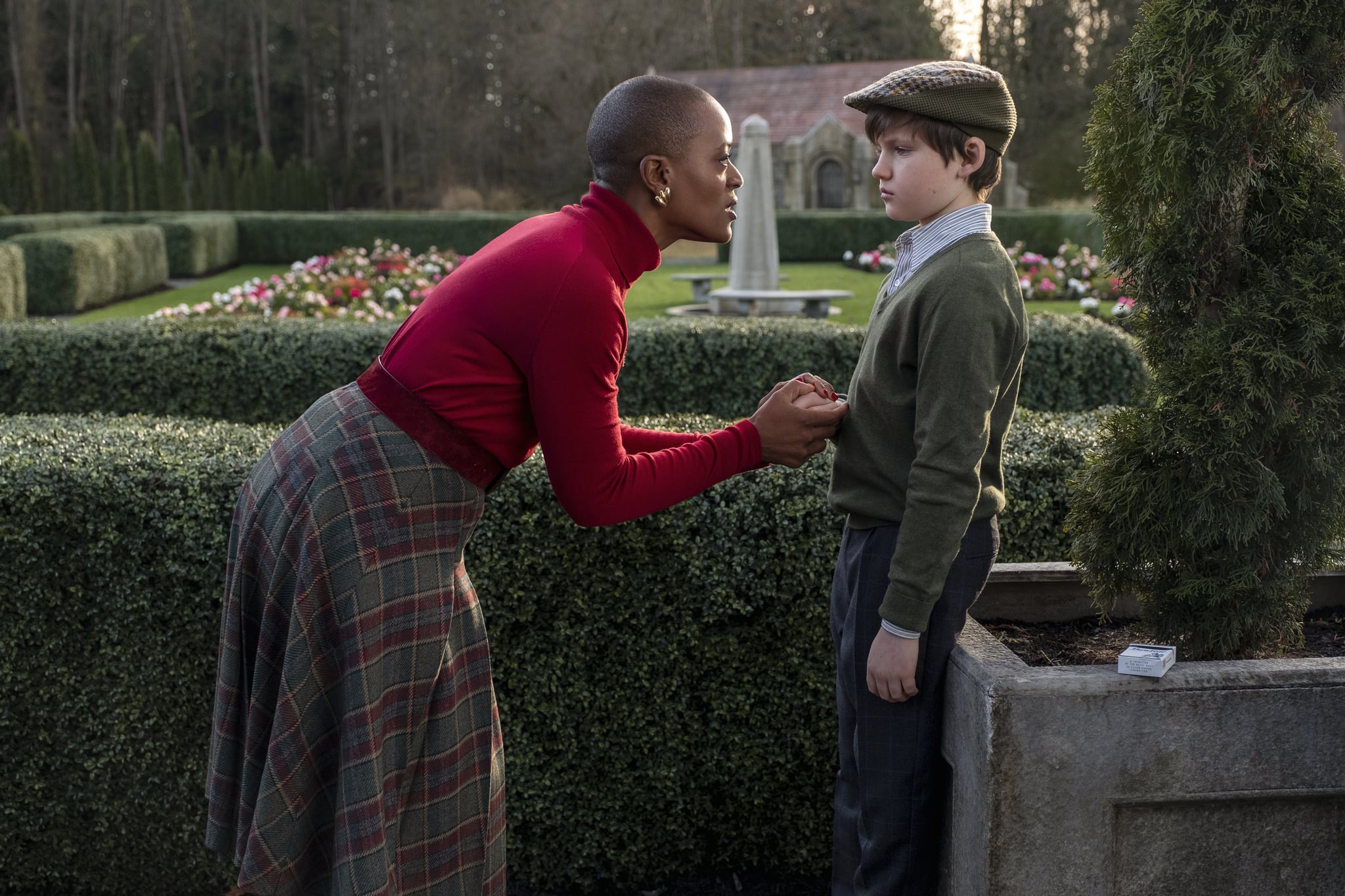 Episode five of The Haunting of Bly Manor ("The Altar of the Dead") dives deep into the backstory of the housekeeper Hannah Grose, who's warmly portrayed by the great T'Nia Miller. Until this point, the show doesn't divulge much about Hannah. It's a fantastic episode, albeit a somewhat confusing one. The narrative jumps back and forth between the past and present, so it's hard to tell what's going on, even if it's quite a revealing installation with a major twist. The thing about Bly Manor is that the puzzle pieces fail to make sense on their own until you see the whole picture. For that reason, Hannah's story may not entirely gel together at first. So let's break down the key takeaways from episode five and talk about how Hannah's memories tie into The Haunting of Bly Manor as a whole.

How Is Episode Five Framed?

First, here's the relatively spoiler-free framework. Episode five jumps around many (big emphasis on many) of Hannah's memories. We see Hannah meeting Owen for the first time, sneaking up on Peter, calling Miles out for bad behavior, and talking to Charlotte. The story begins in the present with Owen and Hannah sharing a sweet moment at the bonfire, with Owen proposing that they go to Paris together. They're interrupted when Jamie offers to drive Owen home. The episode keeps going back to this moment, as well as the time when Hannah first meets Owen.

What Is Hannah's Background?

In her early days of working at Bly, Hannah is married to a man named Sam. When Sam leaves her for another woman, Charlotte discovers Hannah in distress and asks her to stay at the manor. Hannah's housekeeping position becomes a live-in one, though Hannah is hesitant at first. (In retrospect, there's a ton of double meaning here as Charlotte talks about blind faith in a husband who's always away, as we discover her affair in the next episode.) While the Wingraves initially only come to Bly for vacation, Miles and Flora end up living at the manor after their parents die. As they're in-between au pairs, Hannah looks after them.

What Does Hannah Discover About Peter Quint — and Herself?

Here's where we get into major spoiler territory, so brace yourself! Episode five drops a bombshell about Peter Quint. The end of "The Altar of the Dead" takes us to two chilling memories. The first memory follows Peter's last night at Bly. The Lady in the Lake kills him, but Peter immediately returns as a ghost. When Peter sees the Lady dragging his body, he unintentionally touches Miles and possesses him.

In memory number two, Hannah sees Miles and Peter in the garden just as Dani is about to arrive. But of course, Peter is already dead. Fed up with Hannah, Peter then possesses Miles and pushes her down the well. The last thing Hannah sees is a crack in the well. This explains why she keeps encountering random cracks and cobblestones and hearing water drip around Bly Manor.

Why Does Hannah Keep Going Back to Owen?

Episode five shows us the first instance of ghosts "slipping away." While the kids get "tucked away," the spirits return to memories, as Peter later explains in episode seven. This accounts for why Hannah always seems to be disappearing or drifting off. Later on, we'd see Peter unwillingly hear his mother knocking on his door. Rebecca and Hannah even cross paths in the memory of Peter's last night.

While he's all in her head, Owen acts as a sort of guide for Hannah whenever she returns to the moment they meet. He reminds her that there's something off about Miles. He then revisits their conversation about a mouse being stuck in a glue trap, asking her, "Does a mouse know when it's already over?" He gestures toward the tragic truth that Hannah is in denial about her death. Still, there's something in this denial that makes her relatively present to everyone at Bly, unlike Peter or Rebecca, who are mostly invisible.

At the very end of the episode, Hannah tells Owen that she'll go to Paris with him. But when she chases after him, she can't seem to leave — just like Peter. Like so many others, she's unfortunately tethered to the property due to the Lady in the Lake's curse.