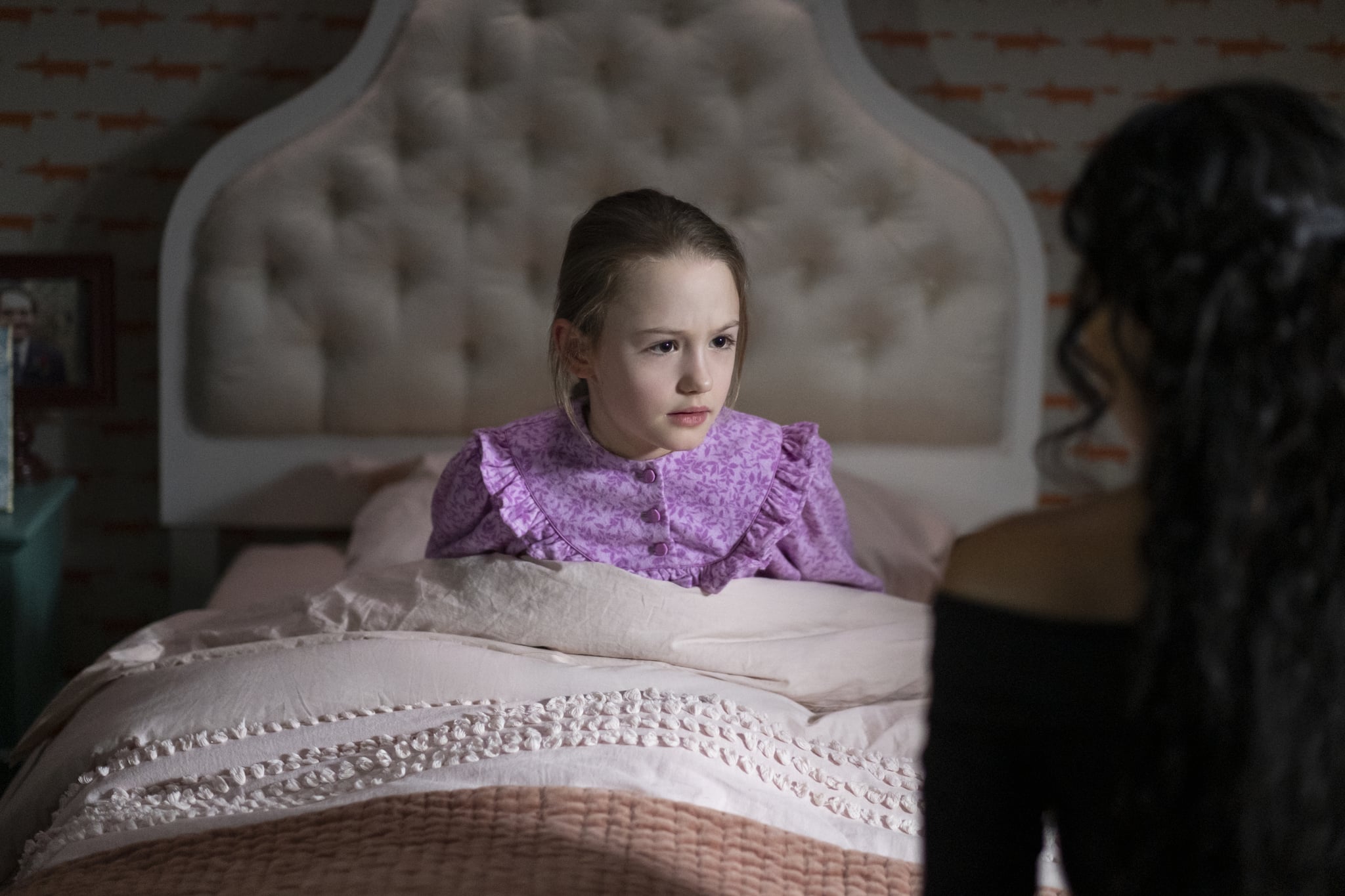 In The Haunting of Bly Manor, it's easy to chalk up the erratic behaviors of the orphaned Wingrave children as symptoms of their grief. At a cursory glance, grief would explain their hostility toward the staff and random walks around the property's lake. But of course, The Haunting of Bly Manor is all about ghosts, and the ghosts are definitely up to no good. While they themselves are bodiless, the spirits have found a hack to navigate the physical world by "tucking away" the children, which basically means pushing them back to their memories to occupy their bodies. Let's break down this idea, since it can be very confusing.

In a sense, the Wingraves are creepy possessed children. We mainly see the spirits of Rebecca Jessel and Peter Quint tucking away the kids. The show formally introduces us to the concept of getting tucked away when Flora gets pushed back to a memory where she spends time with her mother. This happens immediately after Rebecca Jessel touches her forehead. At the end of the memory, Flora realizes something strange is afoot because her mother tells her she should be 5 when she's actually 8. She matter-of-factly tells her mom and uncle, "I've been tucked away again, in another memory." Later on, Dani sees Flora staring out at the lake. As Flora begins to question what's going on, Rebecca touches her again, disappearing as Flora takes on strange adult mannerisms.

Between the two star-crossed lovers, Peter is more likely to use Miles for nefarious purposes. He first realizes his ability to take over Miles the night he dies, when he touches Miles's shoulder and yells at the Lady in the Lake to let his body go. The puzzle pieces come together when we realize Peter has been possessing Miles this whole time. For every perfectly splendid moment with Miles, we get a handful where he makes creepy passes at the staff, demands alcohol, and acts out. When he becomes fed up with Hannah, Peter then uses Miles to push her down the well, right before Dani arrives. Of course, it's not only the children who have been tucked away. When Peter discovers he can occupy Rebecca's body, he uses her to try to get out of Bly Manor. This doesn't work, and Rebecca isn't very keen on being tucked away.

So, what about the spirits randomly getting pulled away every now and then? The ghosts have moments where they "slip away," which means they revisit their own memories. For example, Peter sees his mother knocking on the door, and Hannah returns to the moment she meets Owen. Peter refers to "slipping away" and "getting tucked" with an umbrella term — "dream hopping."

But slipping away and getting tucked away aren't permanent. The most permanent means to enter someone's body, it seems, requires an element of consent. You really have to invite the other person in. That's why Peter asks Miles to recite, "It's you, it's me, it's us." This is also what Dani says to the Lady in the Lake, who then becomes part of her for the rest of her life. Through the idea of getting tucked away, The Haunting of Bly Manor approaches the emotional theme of memory with a spooky sort of dream logic — just in time for Halloween.

TV
On Our Radar: Look Out, World! Jerrie Johnson Is Just Getting Started
by Monica Sisavat 10 hours ago

Red Carpet
Shoniqua Shandai's Harlem NYC Premiere Look Is as Vibrant as Her Character Angie, Love to See It!
by Naledi Ushe 13 hours ago