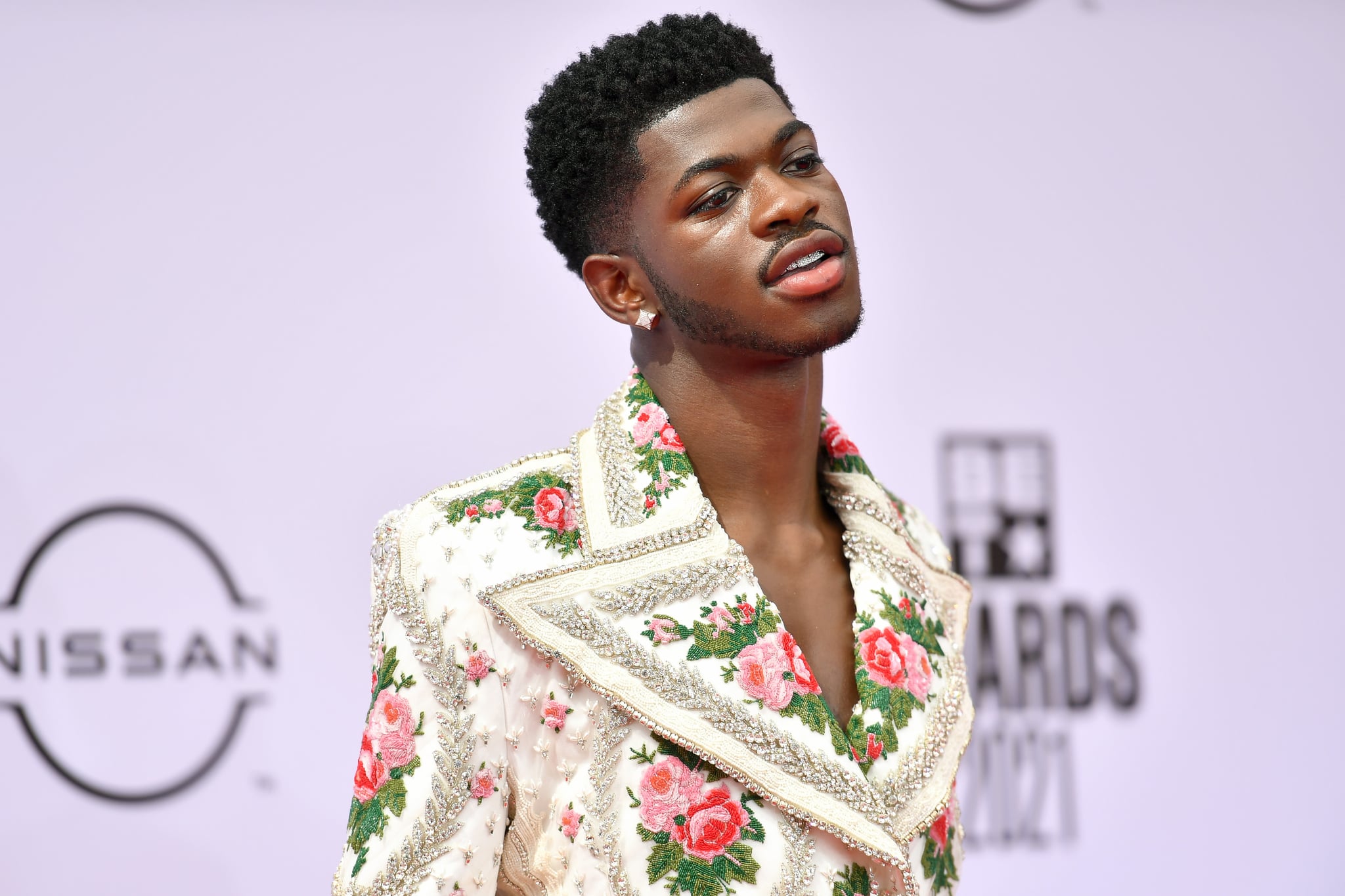 Whether it's a sexy music video or satanic shoes, Lil Nas X is no stranger to controversy and making a splash. When he took the stage for the BET Awards back in June, many questioned his choice of performance style. "Going to this place with all these overly masculine rappers and you're finna be in there throwing a little ass every now and then, touching on dudes and hugging them and kissing them . . . . at some points I was like, 'Should I even do this? I don't feel like they're going to love me like that,'" he recently shared with Out as their cover star. "And [people always say] go where you're accepted and stuff like that, but you can't always just go where you're accepted. You've got to go and break down those walls and say, 'This is my space now too.'"

Ultimately, the rapper realized it was important that he be himself during the performance. "I was in rehearsals like, 'Oh, my God. I have to do my absolute f*cking best with this performance because of sh*t like this,'" he added. As for the frequent and unwarranted backlash he's received, he doesn't pretend that it doesn't affect him. "Mentally, it's really draining and straining sometimes," he said. "The pressure of living your entire life knowing the identity of what a rapper is supposed to be, what rappers [are supposed to] do, and going out there in front of all these people, it's terrifying. [The BET performance] was like jumping in a lake full of sharks and piranhas — and I've had to do that so many times within these last three years." He continued, "But I won't pretend like I'm never sad or anything."

"Now I have even more of a purpose: to continue to find myself and, by doing so, help others find themselves."

Despite having a witty and fun presence on social media, particularly on Twitter, Lil Nas X makes sure to stay offline in his dark moments. "One thing I 100 percent never do when I'm in these down moments is go to social media with them. Because I know that they're going to pass, and what a lot of people like to do is use that against you," he told the outlet. That's why his album Montero has been such an important step for him. "I'm turning into Montero more and more, day by day," he revealed. "I named the album after myself because there are a lot of things I've been going through and dealing with and wanting to say. I wanted to let sides of myself show that I've been afraid of people seeing for so long."

Although he doesn't feel like he's at his full self, Lil Nas X realizes that the "fear of the people around you that you're the closest to and loving the most not understanding why you're doing what you're doing" is something he has to let go of. "All of this is in pursuit of becoming my full self, more and more . . . I was looking to blend in when I first started, but now I genuinely don't mind and wish to do my own thing and stand out. I wanted to just be an artist at first. I wanted to just make music. But now I have even more of a purpose: to continue to find myself and, by doing so, help others find themselves."