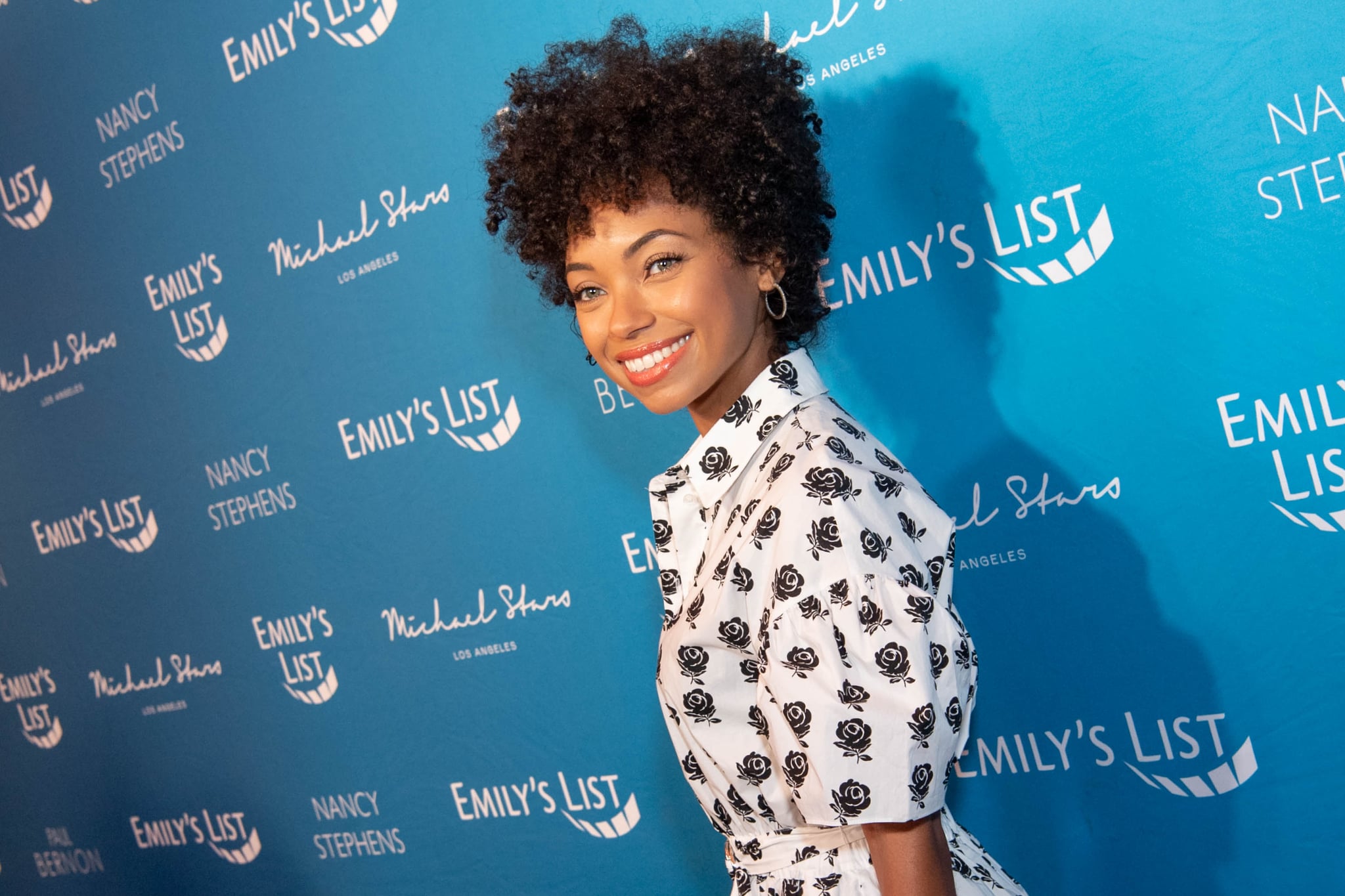 While the act of social distancing and quarantining has changed the way the world enjoys a lot of things, it hasn't stopped how much we love a good show. As award shows like the MTV Video Music Awards and the ACM Awards quickly figured out, the people want their music however they can get it, and Afropunk is following those cues. Dear White People's Logan Browning chatted with us about her partnership with Cîroc and the Bronx-based chef collective Ghetto Gastro for Planet Afropunk's virtual festival weekend, the largest virtual gathering of the worldwide Black creative community celebrating music and culture in one curated online space.

"I'm really excited because I have a bunch of girlfriends who I went to college with, who all moved to New York, and every year, they would tell me that they were going to Afropunk. They always made it sound awesome, and I was always really jealous because I'm in LA," Browning confessed to POPSUGAR. "When I heard that they were going to go virtual this season, I was so excited because I just feel like it's such a great opportunity for community and culture to have this space to thrive, and for everyone to come together in a way that we haven't really been able to right now."

"Even though these times are crazy, I feel like there are new ways that we're able to connect and still keep our lives going."

The actress's partnership with Ghetto Gastro led to the creation of a Cîroc white grape cocktail with elderflower tonic that was reminiscent of her recent birthday celebration over a Zoom call. "I was like, 'Gemini's aren't going to be a part of this pandemic birthday business, but you guys do your Zooms.'" But when June came around, Browning realized that Geminis would have to innovate just like the rest of the zodiac signs. "So, I got all my friends from New York, DC, Atlanta, and LA, and we all got on a Zoom. We did exactly what we're doing at this Afropunk — we had our own happy hour. We cooked and then we did a cocktail, and it was so much fun. I think what was cool was that all of my friends from all over got to be a part of my birthday, which has never happened. Even though these times are crazy, I feel like there are new ways that we're able to connect and still keep our lives going."

The ability to connect is important to Browning, who even manages to find a way to build community when focusing on her self-care. "I've been doing a lot of meditating. I was guiding meditations online because I took a teacher training course at the end of last year, and I did it with the intent to bring wellness to our community in an accessible way," she explained. "For the Black community to places like where I'm from, which is more like a suburb in Georgia that doesn't have a yoga studio or something like that, I just wanted everyone to have that access and bring a little wellness community together. And we did, which was awesome!" 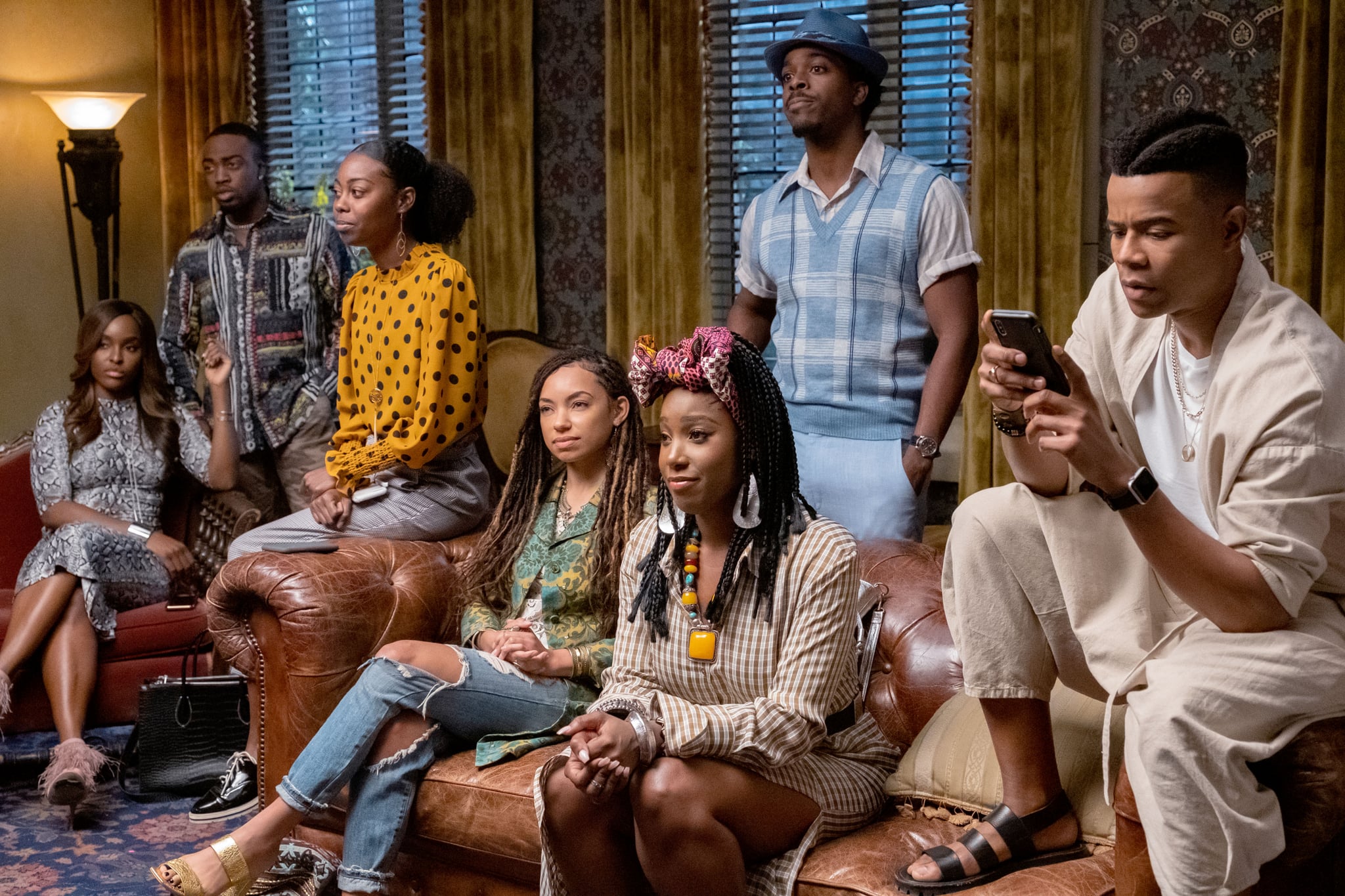 But it's not all cocktail-making and meditation for the actress right now. She's also back to work filming the fourth and final season of Dear White People, which recently began after a delay due to the pandemic. "[Being back] has been a dream come true because, as an artist, I spend a lot of time at home and a lot of time by myself anyway. So, during the pandemic, being all of those things to the 10th degree, a hundredth degree, was a bit dismal," she said. "Being on set with my cast, celebrating that it's our last season, and being able to tell these great stories, using our art as our activism, and continuing to uplift the community through that platform, I think is the perfect sendoff."

The crew is "so turnt," Browning revealed, and she's looking forward to heading back to "popping bottles and dancing and shaking our little rumps." She added, "It's been a long journey together and it's just a commencement for everyone to go on and do more great things."

When I asked what fans should look forward to in the final season, the actress was coy — not wanting to spoil anything — but giddy about what the cast and crew are working on. "I don't want to ruin things, but it's a season that I think is going to really emphasize that we are in a Black Renaissance and it's an ode to that in lots of ways," she teased. "It's just Blacker than ever, honestly." To which I have to say, I am all the way here for it!

Any fan of the series has watched Browning's Sam go through an emotional roller coaster of changes over the previous three seasons as she struggled to define her identity. To Browning, it was a familiar journey because she was doing the same along the way. "I really feel like I've been right in alignment with Sam in a lot of ways in uncovering my own identity, the way I see myself, the way the world views me, my role in activism, how I'm affected by and influenced by the internet and the world around me," she said. "And I've learned a lot. You don't walk into a job like Dear White People and know everything. It's almost impossible."

"I will not sacrifice who I am and what I believe for any project."

"I've learned a lot from the show, and I think that it's made me really decide to continue to be even more intentional about anyone I do business with or am in partnership with: whether that's an acting role or something like this partnership with Cîroc, it always has to be for me in my heart. A project where I know that the company or the production cares about me and my community and our wellness. I will not sacrifice who I am and what I believe for any project. I never have, but it just doubled down a lot," she added. As part of Browning's partnership with Cîroc, the Diageo Community Fund is donating $20 million through a community fund to support social justice in America, helping Black communities and businesses recover from COVID-19. 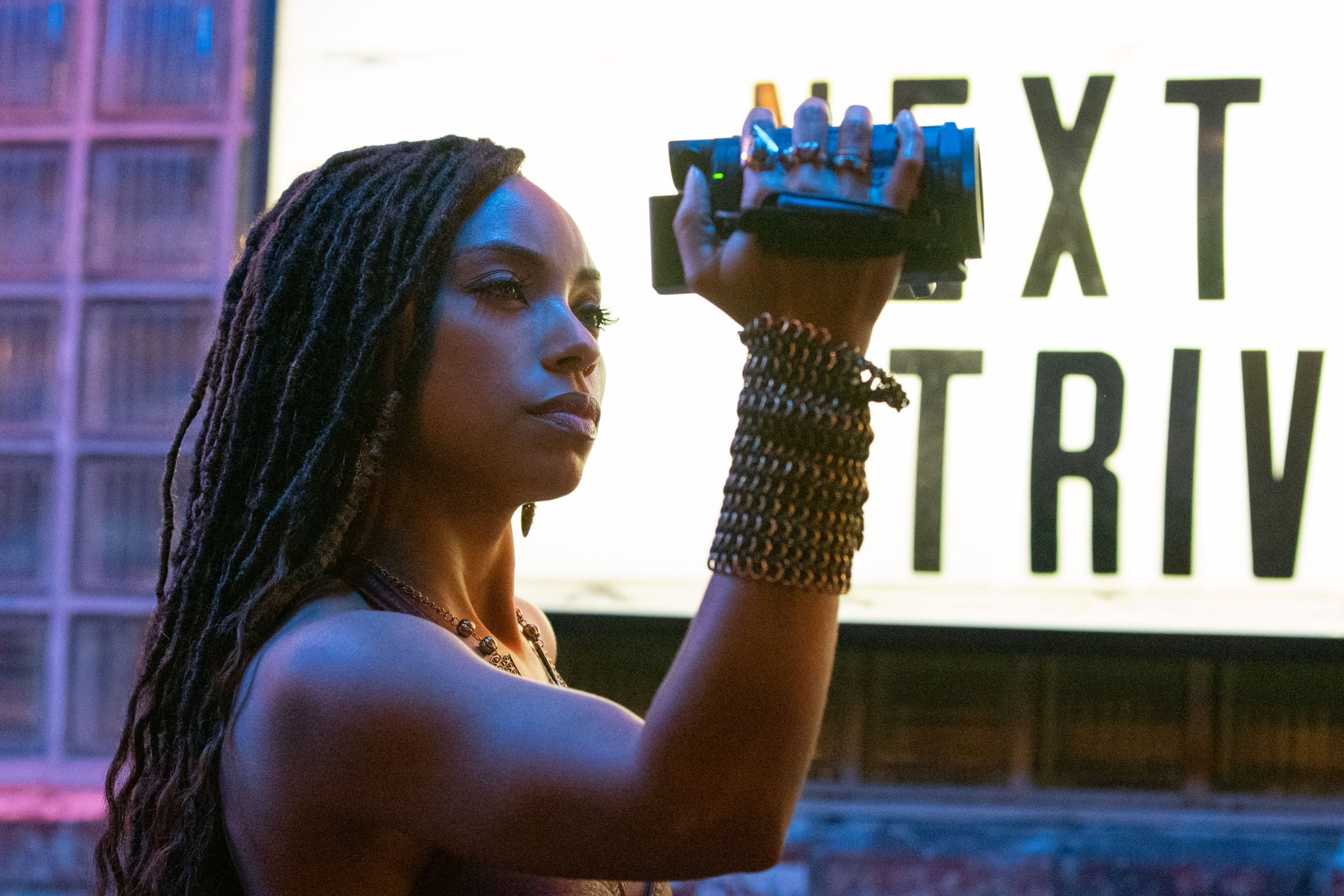 That desire to ensure that her work shows care for her community is a desire that also reflects what Browning would like to see more of in the industry. Although the media is an ever-evolving enigma, she shared that she would love for the performing arts community and media industry to look at all aspects of identity for inclusion. "I want us to never get complacent, as if this many Brown faces is enough, this many women is enough, this many LGBTQ people are enough," she explained. "Every time we get to tell more beautiful stories and come together and share each other's culture and each other's experiences, we all benefit."

She continued, "I remember watching Unorthodox on Netflix, and I thought, 'I never would've thought to watch a show about a young Orthodox Jewish woman, because that's very far from my own experience.' But I fell completely into her. I'd never thought to watch Love on the Spectrum about young people with autism trying to find love, but I found myself lost in that. It's just like our show, DWP, we just have to be able to keep broadening the scope and we can't ever get complacent."

Will Smith
Venus and Serena Williams Both Signed Off on Will Smith For King Richard: "He's the Real Deal"
by Njera Perkins 2 days ago