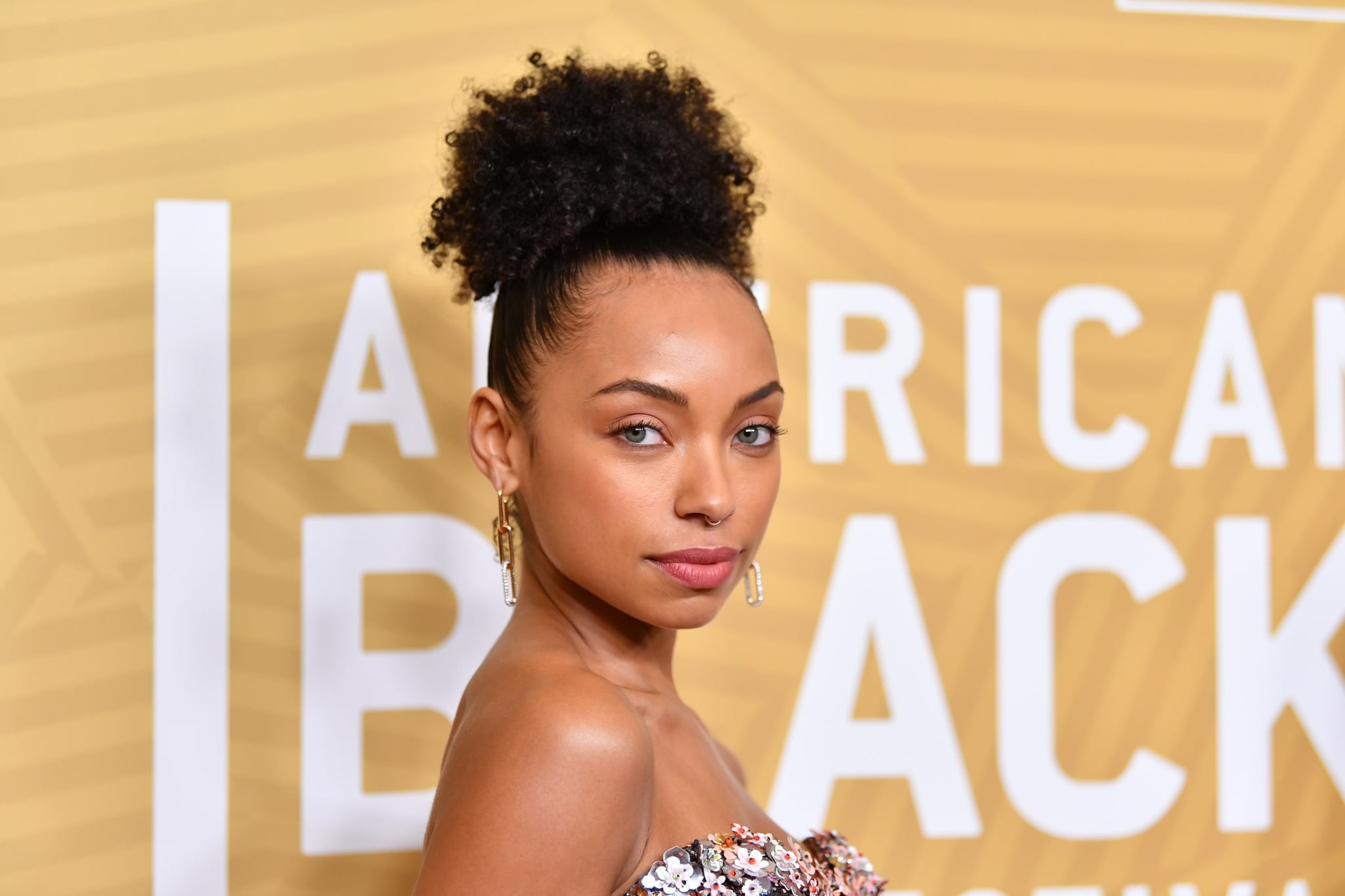 Self-care comes in many forms, and although I had been actively taking care of my skin while staying at home, the rest of my body — and my mental health — had taken a back seat during the pandemic. The different workout apps I tried just weren't keeping me motivated and did nothing to help me feel more centered, which I really needed. That was when I discovered Logan Browning's weekly guided meditations on Instagram.

Browning, who plays the lead role on Netflix's Dear White People, began leading these meditations on her Instagram Live in March, right as stay-at-home orders were taking effect. However, I didn't take the leap until April. Then, every so often I'd carve out about 30 minutes to focus on centering my mind with Browning's help. Her themes varied from "Meeting Your True Essence Outside of the Identities and Roles You Play" to "Mindful Walking Practice," and I found that listening to her soothing voice actually helped relieve my stress a bit.

"I just realized we're so privileged out here in LA," Browning said in an interview with the American Black Film Festival on Instagram Live. "Back where I'm from, there are no yoga and meditation studios in our neighborhoods. The culture is different around the country, and I just felt like the access wasn't there and I wanted to be able to take that to our communities."

I stuck with her guided meditations until May, when the world finally recognized that there were two urgent public health issues threatening Black lives: COVID-19 and racism. The state of the world hit me hard, and while protesting and doing as much as I could to help, it felt like I couldn't and didn't have time to focus on myself. Realizing that was unsustainable, I returned to Browning's IGTV.

I found that she was still conducting her guided meditations on Instagram, but her themes and teachings for each session began to evolve to reflect the revolution happening outside — words I especially needed to hear as a Black woman. (She even reduced the number of sessions she did each week for her own mental health, which I commend.) Her guided meditation, "Which Wolf Will You Feed Today?" (above) was the one that pulled me back in.

Before the meditation began, Browning discussed the Black Lives Matter movement, defunding the police, and denying the "wolf of hate." This teaching is from Buddha's Brain: The Practical Neuroscience of Happiness, Love, and Wisdom by Rick Hanson, and it centers on the idea that there are two wolves in everyone's heart: the wolf of love and the wolf of hate. Each day depends on which one we "feed" the most, and the wolf of love is naturally stronger. Browning urged us to hold on to that sentiment.

I realized that I could practice self-care and acknowledge the work that needs to be done at the same time.

She also acknowledged that we may be focused on the hate and injustices in the world, and urged us not to shame ourselves when our minds inevitably wandered during the meditation. That did happen to me once we began, but in taking this time for myself, I realized that I could practice self-care and acknowledge the work that needs to be done at the same time. As this was something I struggled with, it meant the world.

There's a lot going on right now in regard to basic human and civil rights, and it's really important that you find ways to cope and make your health a priority. Maybe this guided meditation led by a friendly face is just what you need like it was for me, and perhaps it will give you the strength to continue the fight for equality.

Summer
I Quit Tanning at the Peak of Summer, and Learned to Love My Skin
by Izzie Deibe 13 hours ago