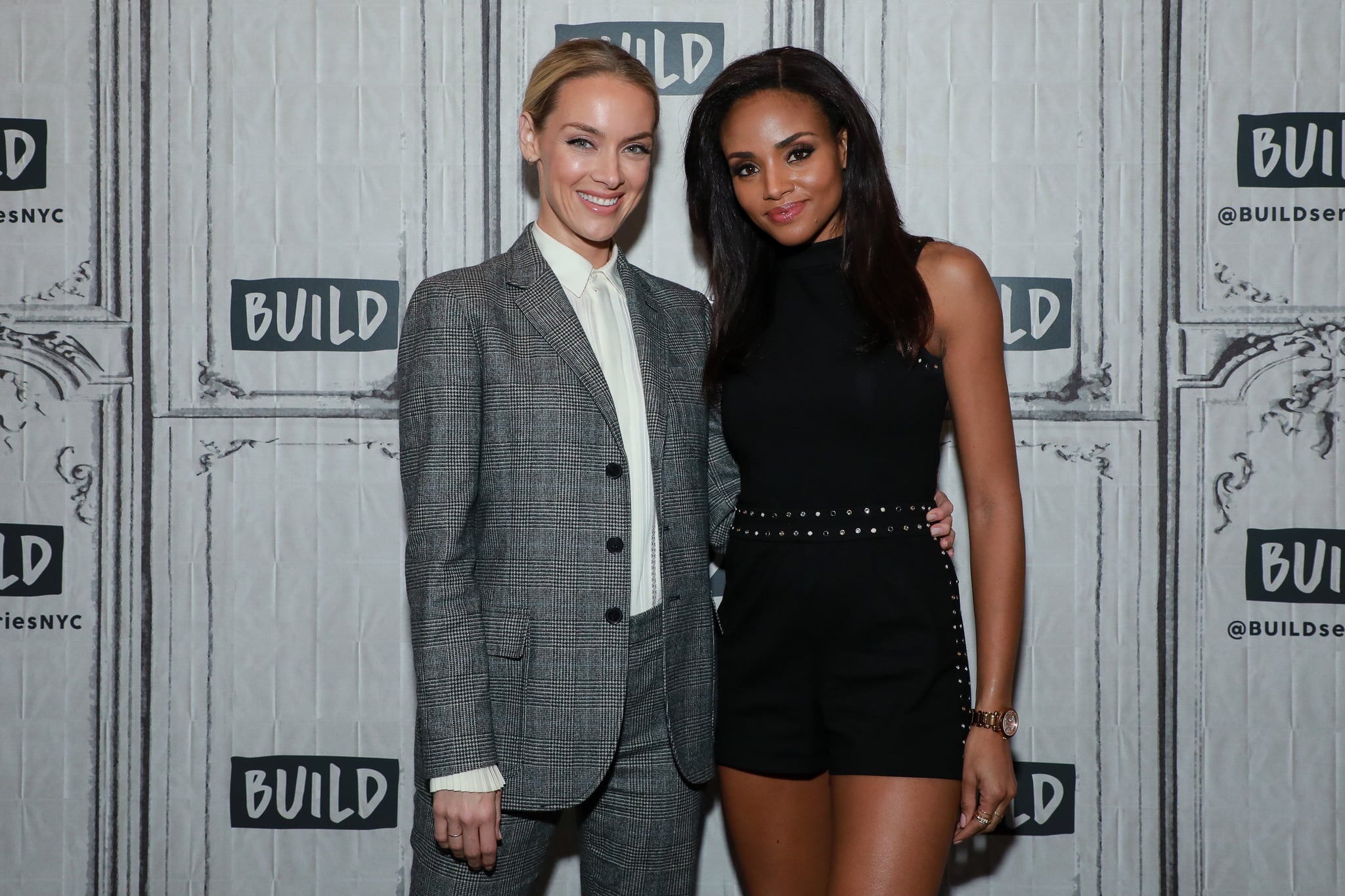 The CW's superhero scene just got a little bigger with the addition of Batwoman, and it seems like a heroic fit. The series, which premiered on Oct. 6, follows the life of Kate Kane (Ruby Rose) as she suits up to protect Gotham City against a terrifying threat. The premiere wastes no time in getting to the action and introducing us to compelling characters, notably the season's big bad, Alice — played by Reign's Rachel Skarsten — and Kate's former lover Sophie Moore — portrayed by Teen Wolf's Meagan Tandy.

We already know that both characters share deep pasts with Kate, but according to Skarsten and Tandy, there's more to explore as they continue to carve their space in the comic-inspired television sphere. On Oct. 7, the actresses spoke with us over the phone about the future of their characters, as well as their personal journeys on the show and joining the coveted Arrowverse.

POPSUGAR: While researching your roles — reading the comics, looking at the script, working with the creative team — what personality traits of your respective characters resonated with you?

Rachel Skarsten: There's a real presence to Alice. She loves theatrics and a great entrance. I really wanted to bring that to her and incorporate it into everything that she does, whether she's being crazy or maniacal or very genuine. It really struck me. I respect that quality about her. She really owns the space that she inhabits.

Meagan Tandy: Sophie's not in the comics that much because [her and Kate's] relationship ends right after they break up in military school. But even from the little bit in the comics, just the fact that these were two very strong, very capable women — I could really relate to that. I love that Sophie's this tough girl, but then she's extremely vulnerable. I did not realize how vulnerable I was, until I took on this job.

PS: How has playing these characters challenged you?

RS: A lot of times when you're learning lines, there's a flow to it, and there's a logic. But Alice's dialogue is challenging, because a lot of it is nonsensical. She also takes an incredible amount of energy to inhabit. I find myself quite tired at the end of the day. I'm already an introvert, but I've become very introverted. I go home like, "No one speak to me. I need some silence."

MT: Sophie has challenged me to address my own vulnerability, as well as authentically tell this story. Because it's so much more than an acting job. There's a bigger picture here. It's not a challenge as in, "Oh, my God." It's more of like, "OK, I have to do this, and I want to do it right." I hope people will be able to identify in some way. 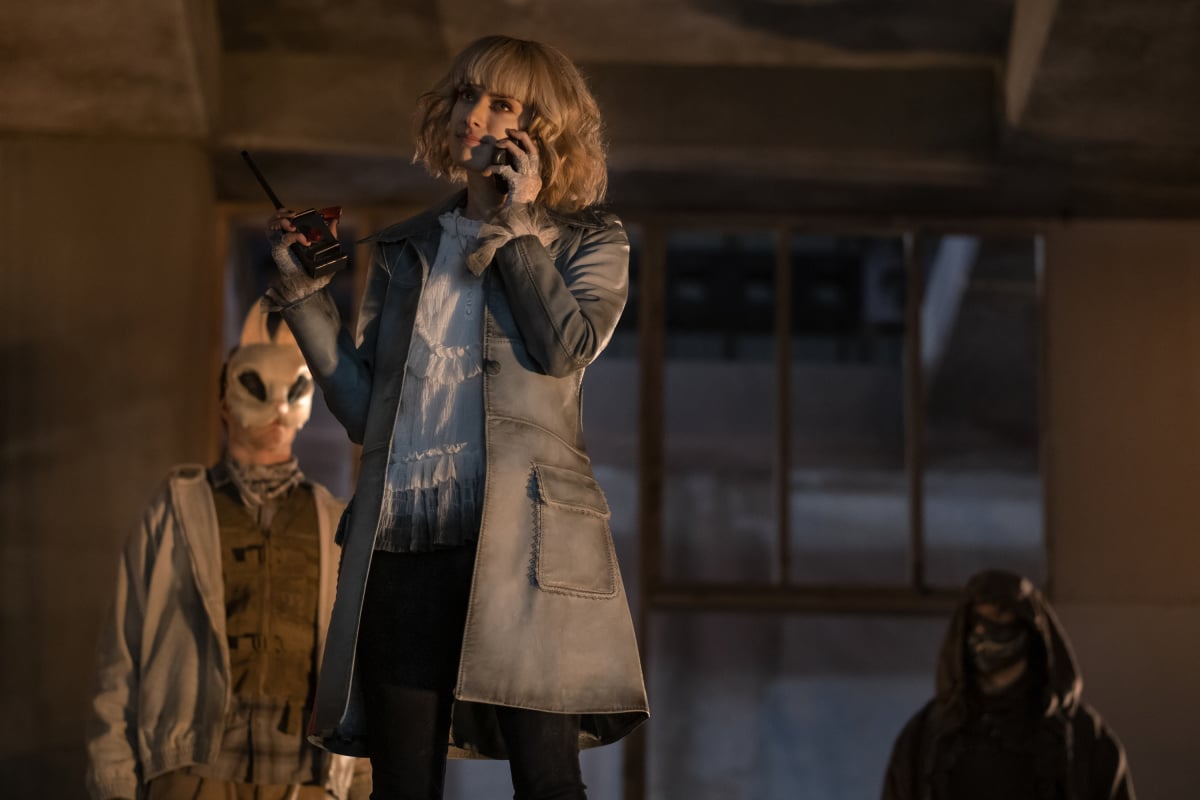 PS: In September, Ruby Rose revealed that she needed to have spinal surgery following an accident on set. In a recent interview with Entertainment Tonight, you two gave a brief update, calling her "the bionic woman" before adding that she's doing better. What has it been like working with her?

RS: It's a pleasure working with Ruby. You never know, truthfully, when you meet someone whose professional persona proceeds them, what they will be like. I met Ruby when I was just testing for the part. She was so kind, because it's a difficult situation. You're going in with a bunch of different people. She was accommodating and generous, and she has a wicked sense of humor. I walked out of there thinking, "Whether I got this part or not, I just had a lot of fun."

"I can let fans know that they are going to see Sophie go through it." — Meagan Tandy

MT: Yeah, she's extremely witty. Her sense of humor, as Rachel said, is very good. Everyone's always laughing. I didn't have a chemistry read with her when I tested for this job. I was nervous going into it, because I wasn't sure what our dynamic would be. But in our first scenes, all of our military flashback stuff, we just connected right away. And we were connecting through the stories of Kate and Sophie. Our characters have brought us together in a professional way, but in a friendly way, as well.

PS: Have you guys met any other fellow Arrowverse actors?

RS: Ah, yes. Melissa Benoist — she's my girl crush. I feel like I've referenced her so much [throughout the press tour]. She's going to read these [interviews] and be like, "Wow, that girl is so creepy." But she really is so beautiful.

MT: We're really lucky to be a part of a network that promotes a sense of family. We've met all of the people from Nancy Drew, Roswell, Charmed, and Supergirl and all of these shows. They have very much embraced us, and many of them have been in Vancouver and on their shows for years. It's lovely to have someone who's gone before you give you some tricks of the trade.

PS: Rachel, you were on the CW's Reign, and Meagan, you were on MTV's Teen Wolf. Both of those shows were sort of niche and had very dedicated fan bases, much like the Arrowverse. What do you enjoy most about being a part of something like that?

RS: It's almost a cliche to say this, but I genuinely mean it. It's very humbling to have anyone want to watch what you do. If we had one fan (my mom), I'd be happy. Coming into a preexisting fan base, there's the pressure of wanting to do everyone justice. But we're really grateful to be a part of it.

MT: Absolutely, that also fuels our performances. Because we don't want to go up there and suck. We want to do fans justice. Everything that they've read and studied and loved about the comics, we want to make sure that we're actually putting out the right thing. Fans rooting us on helps us on a daily basis. 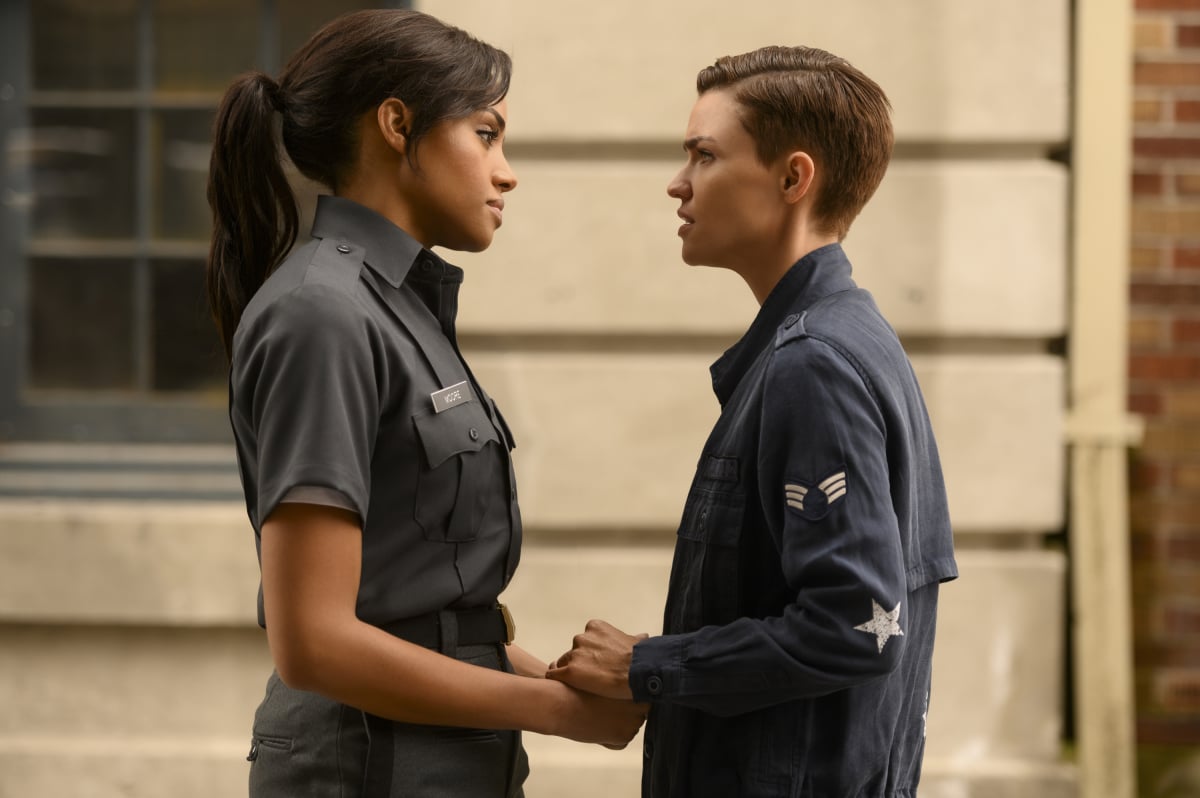 PS: Batwoman is definitely a groundbreaking show in that it features the first-ever LGBTQ+ superhero lead in a series. In addition to that, you both play such strong characters. What has that meant to you, personally, and what cultural impact do you hope it will have?

MT: It's truly an honor. The fact that I get to be [Kate's] counterpart in the love department is a privilege to me. Because if anything, I just want people to look at Sophie and find her relatable. I hope all the Sophies in the world will be able to watch my character and say, "You know what? I can actually identify with that." Also, with Batwoman being a lesbian, I cannot wait for the day that it'll just be something normal. It won't have to always be highlighted. It's great that it is right now, but I hope that eventually people will be able to look at it as just another thing.

"Coming into a preexisting fan base, there's the pressure of wanting to do everyone justice. But we're really grateful to be a part of it." — Rachel Skarsten

RS: I completely agree. I hope we get to the day where we don't even need the labels. I think it's necessary now, because it gives a sense of community to people who have been robbed of having a voice; they feel represented. But I really hope that one day, it's just, you love who you love. However, because we are not yet at that day, I'm very proud to be a part of this show, and hopefully, a small or large part of a movement towards that.

PS: Now, without revealing anything major of course, what can you tease about the future of your characters on Batwoman?
MT: For Sophie, it's definitely a big deal that Kate is now back in Gotham. They have not seen each other since their abrupt split back in military school. Now that she has returned, and now Kate has seen that this girl is married, I can let fans know that they are going to see Sophie go through it. She's going to be experiencing those thoughts and feelings of, "Oh my gosh, Kate. She's back in town. What does this mean?" She's going to ask herself, "Do you still love her?" She also has this relationship though with her husband. She's going to have this huge struggle. There's this weird love triangle.

RS: We're going to delve more into what made Alice become Alice, because she was not always like that. She lived a large part of her life as Beth, who is Kate's twin sister. We'll explore their relationship more. It poses quite an interesting dilemma for both of them because they're each other's greatest foes, but at the same time, they're inexplicably linked as sisters. There's a deep love between the two of them. I'm really looking forward to exploring that and all the family dynamics. I also can't wait until I meet the rest of my Wonderland gang.

Batwoman airs Sundays at 8 p.m. ET on The CW.