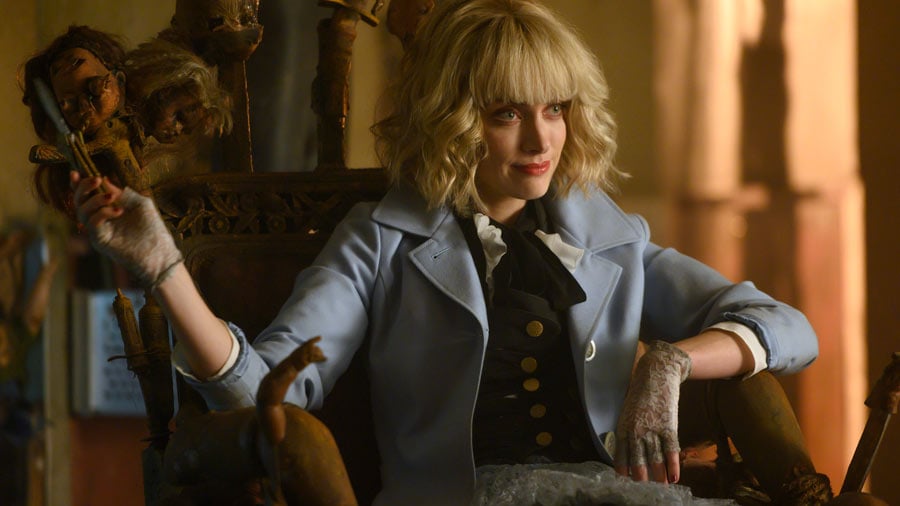 A new superhero burst on the scene this past Sunday when Batwoman (real name: Kate Kane) donned the familiar mask and mantle and began fighting crime in Gotham City. The titular character, played by Ruby Rose, is a rebellious badass with a tragic backstory, and she's also the highest-profile gay superhero in the DC Comics universe.

But what has everyone buzzing after the premiere episode is not the Batwoman character, but the villain with whom she finds herself facing off. This Joker-like foe calls herself Alice (Rachel Skarsten), donning an outfit reminiscent of some characters in Lewis Carroll's famous fantasy novels — Alice's Adventures in Wonderland and Through the Looking Glass and What Alice Found There — and toting around a "Wonderland gang." Fans are wondering where this character came from, so here's what we know.

At the end of Batwoman's premiere episode, it is revealed that Alice, the woman out to get Batwoman, is none other than her presumed-dead sister, Beth. In the comics, this backstory is especially tragic: Kate Kane's mother, Gabrielle, and twin sister are kidnapped by terrorists. She believes the terrorists killed both of them, when in fact they only killed her mother. The terrorists actually kept Beth alive and for years, Kate and Beth's father, Jacob, (Dougray Scott) kept looking for her.

Related:
So, What's the Difference Between Batgirl and Batwoman?

The show changes this lore up a bit, making the deaths a car accident from which only Kate escaped. Batman was on the scene, but he was too late to save Kate's mother and sister. Either way, Beth becomes an adult having gone insane from her ordeal. She is elected to lead a group of villains called the Religion of Crime under the name "Alice," styling herself after the character and speaking in quotations from Carroll's novels. 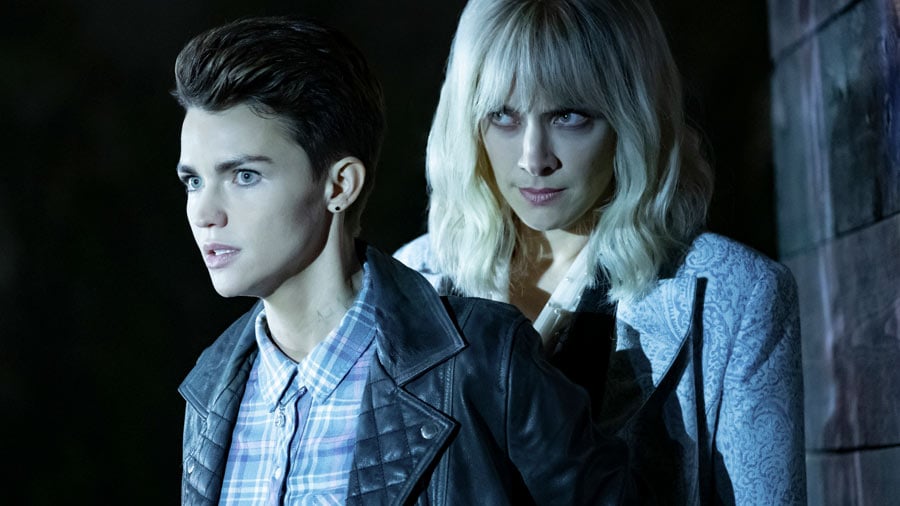 When Alice intends to destroy Gotham City with chemical weapons, she and Batwoman fight and Alice ends up falling into Gotham Bay. Kate uses DNA testing of some blood from their fight to discover that Alice is actually her long-lost sister; she also finds out that her father knew all this time that Beth might be alive and it creates a rift in Kate's relationship with him.

Later, Alice is brought back to life by the Department of Extranormal Operations. She is sometimes lucid as Beth and other times falls back into her "Alice" persona. Eventually, Batwoman and Batman work together to free Beth from the DEO and she is taken away for psychiatric treatment. In her next appearance, Alice begins fighting alongside her sister as "Red Alice," helping her thwart villains Nocturna and Morgaine le Fey.

After one more stint as Alice, when a villain uses drugs to force the reappearance of the "Alice" personality, Beth is eventually returned for good and begins living with Kate and Julia Pennyworth (Alfred's daughter).

It remains to be seen how much of this the show is going to dig into. But it wouldn't surprise us if Kate goes all (or most) of season one not knowing who Alice really is . . . because that is a killer realization to have in the season one finale.