Rik Rok and Shaggy redefined shower sing-alongs when they released "It Wasn't Me" at the turn of the century. Over two decades later, the catchy chorus spills out almost reflexively at karaoke bars and during late-night fast-food runs with friends. The unofficial millennial anthem was the first of many songs Denver-based musician Michelle Rocqet put a Broadway twist on as part of her ongoing "If They Made a Musical With Hits From the 2000s" TikTok series.

"I've always appreciated how [musical theater] is a storytelling mechanism."

Rocqet's Y2K covers range from Beyoncé's "Single Ladies (Put a Ring on It)" set to the tune of "The Ladies Who Lunch" from the George Furth musical "Company" to Eminem's "Lose Yourself" paired with the "Hamilton" soundtrack, and even "Get Low" by Lil Jon & The East Side Boyz set to music from "Dear Evan Hansen." "I've always appreciated how [musical theater] is a storytelling mechanism, so I found it really fun to put these ridiculous 2000s lyrics over really campy music, to tell a story in a different way," she tells POPSUGAR. "With ['It Wasn't Me'], there was obviously a bigger story in that song. It's one of those songs that we know, we think about, we sing along to, and then we're like, 'Wait, what is actually going on in this song?' So that one lent itself to the dramatics of musical theater. It was really fun to reinterpret."

Since posting her first video in the series in September, Rocqet has amassed millions of views. "It was really liberating because I didn't really know anyone on TikTok. It gave me this freedom to try things out," she says about getting her start on the platform. She's grateful for the online community she and her followers have cultivated. "I'm just pleasantly surprised," she says, giving a special shout-out to "Glee" star Heather Morris, a notable fan. "It was a really surreal moment because I loved watching 'Glee' growing up," Rocqet says. "I loved how dramatic it was. I loved how corny it was. It taught me a lot about singing, and it taught me a lot about how to reevaluate and understand covers. It was really meta to see somebody from the show that taught me basically how to do what I was doing enjoy the music." 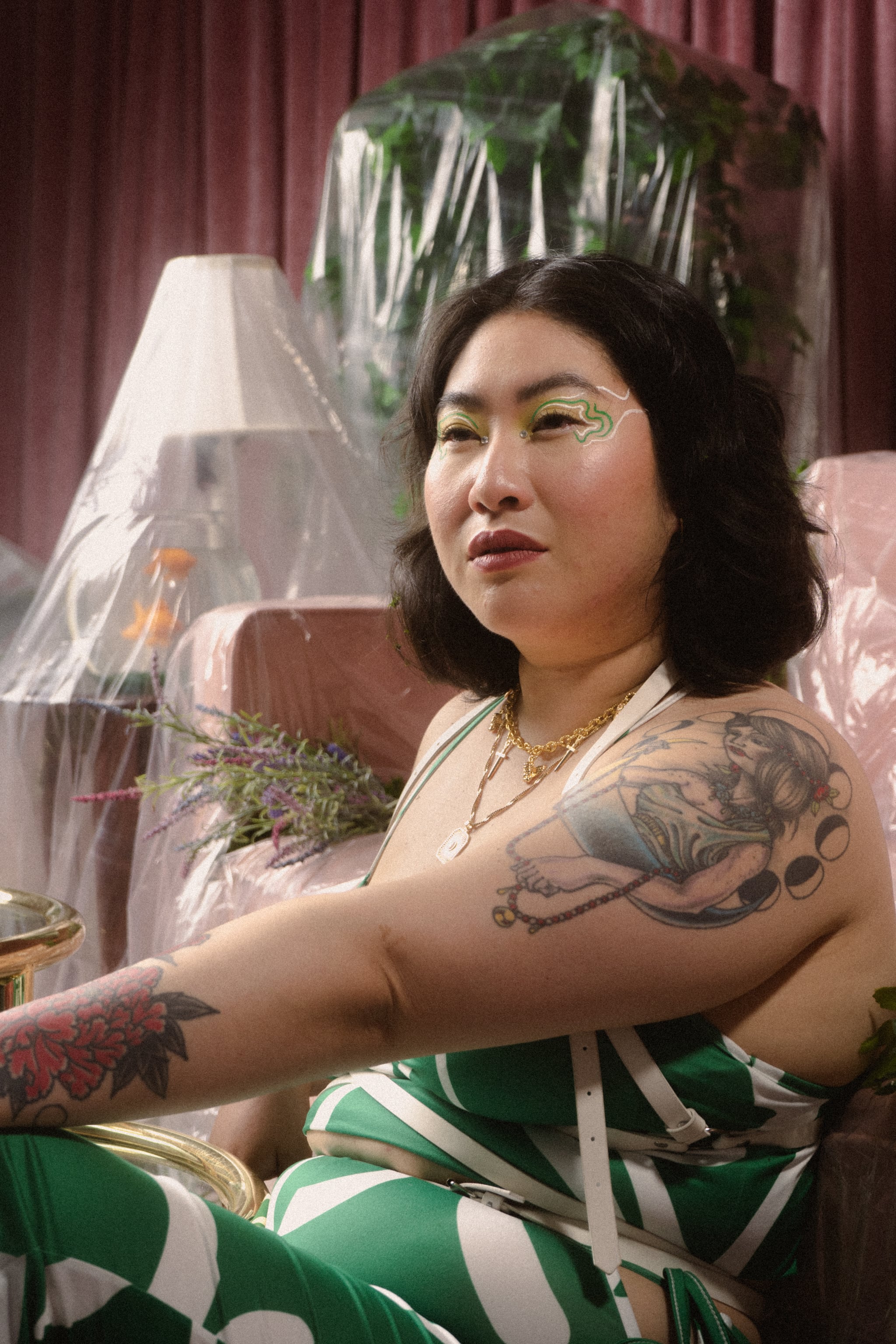 On Her Band and Solo Career

While TikTok is Rocqet's space to play around and be "goofy," her music career outside of the platform is also blossoming. In high school, Rocqet participated in choir and theater. She later studied recording arts and vocal performance in college and took part in her school's a cappella groups. For over 10 years, Rocqet has been a member of The Milk Blossoms, an experimental pop band where she sings and beatboxes. Beyond the band, she's also a budding lo-fi R&B artist; she released her first solo single, "Interview," in 2020.

On "Millennial the Musical"

In college, Rocqet, a huge musical-theater fan, took a step back from theater because she noticed a drastic lack of representation. "I noticed that people that looked like me weren't on stage and weren't in leading roles," she says. "That was discouraging, and I wasn't sure if I had a career in musical theater. Things have changed and things have evolved, but it's a slow-moving industry." Today, Rocqet has dreams of breaking into that industry with a musical project entirely her own.

"I think that's been the most exciting thing to see: people taking the idea and making it their own."

She plans to start a '90s music cover series, showcase her original songs, and release more musical-theater content, including her own musical. "I've always wanted to write 'Millennial the Musical,'" she says, joking that the songs would all be about Tinder. "What [TikTok] does allow is this collaboration, in a way, that is not possible in person. All of these people are doing their own versions of [what I do], and I think that's been the most exciting thing to see: people taking the idea and making it their own."

Ariana Grande
Ariana Grande and Elizabeth Gillies Are Too Cute in These Throwback Photos From "13: The Musical"
by Victoria Edel 23 hours ago