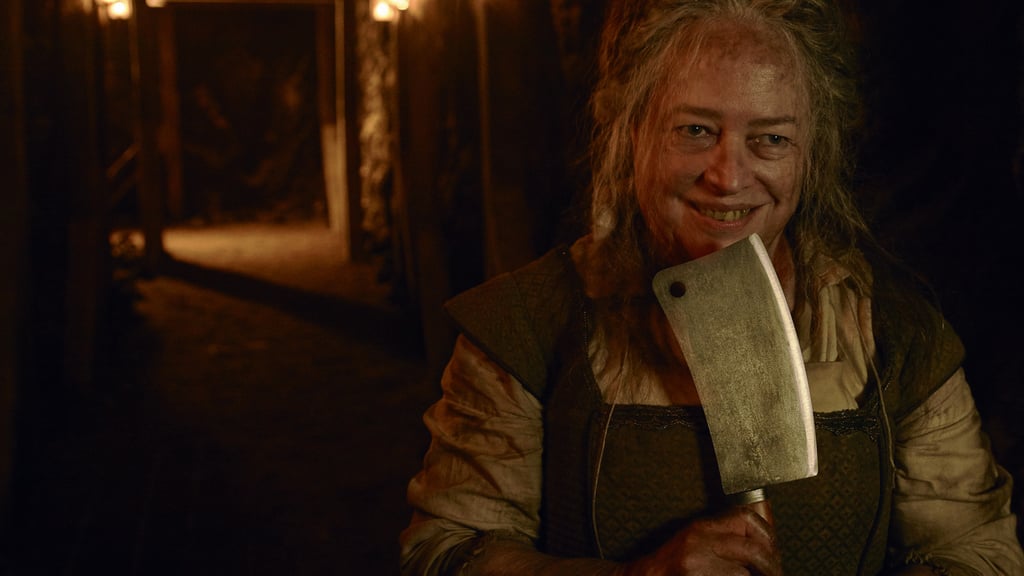 Another AHS alum who had taken some time off from this hour of horrors (she was busy on Netflix's Disjointed), Bates returns this season, and Murphy has already stated that she, Peters, and Paulson are this season's leads. While Bates was on the Friday's panel and did reveal that her character's name was "Miss Mead," she declined to give her character a first name. She was also sporting a new look: dark hair in an almost pixie cut. When POPSUGAR asked if this was because of her role, she demurred and said, "It's not essential to the plot." However, earlier in the panel, Paulson said that Bates' costumes will be particularly noteworthy this year, and that "the hair is a little bit of a tell." Maybe her character's first name is Po? As in pomade.

Celebrity Instagrams
These Fun Photos of the Harlem Cast Make Us Wish We Were Part of Their Sister Circle, Too
by Njera Perkins 21 hours ago

Mariah Carey
Everything We Know About Mariah's Christmas: The Magic Continues
by Princess Gabbara 22 hours ago