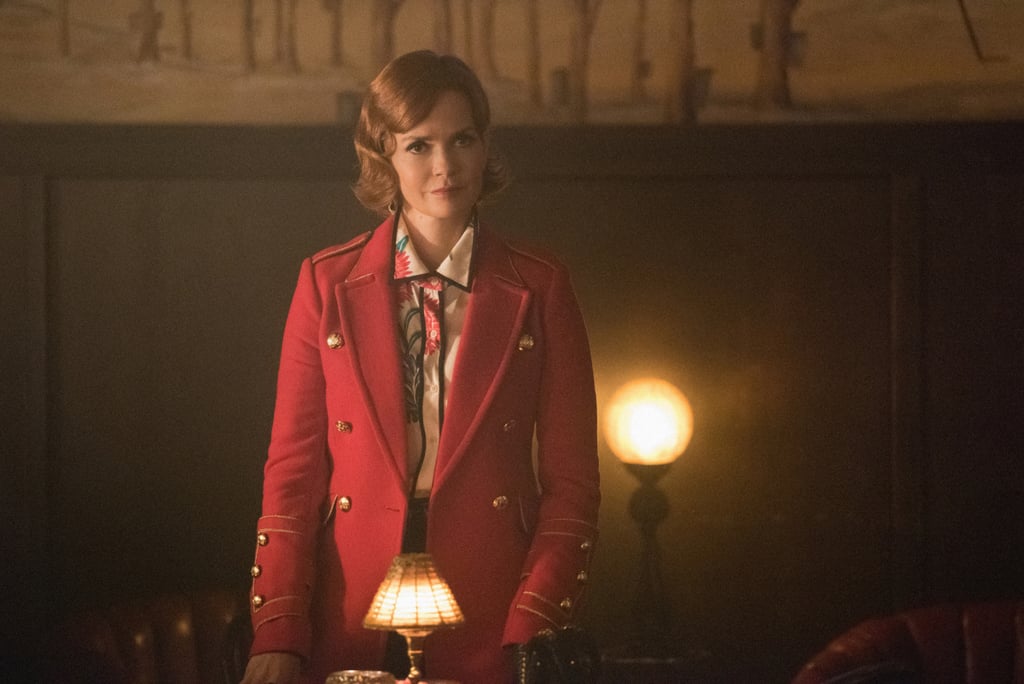 Penelope Blossom Is Behind Everything

I have a list of people on Riverdale who just won't go away. Penelope has been on that list since season one, but she's always fallen a few slots behind Hiram Lodge and Hal Cooper. Well, now she's officially tied for the number one spot with Hiram. I'm just going to say it: this woman has to go (*threateningly glides pointer finger across neck*).

This entire season, Penelope has been working with Betty's dad, Hal (aka the Black Hood), and the Gargoyle King. She's the one who reintroduces the fatal game Griffins & Gargoyles to the city because she's pissed that no one stopped her from being sold to the Blossoms as a child bride (which, OK, I can see why she's mad).

All of this has led up to her basically kidnapping Archie, Betty, Jughead, and Veronica and forcing them to partake in a quest located in the woods. If they don't complete it, they die. Her goal is to prove that they're just as dark and evil as the town that allowed her to go through such a traumatic event when she was younger. Throughout the teens' midnight journey, Penelope keeps a close eye on them (probably plotting to murder them regardless) and pops in to remind them that their lives depend on the quest's completion.

At one point, Betty and Veronica are forced to drink poison, and the only way to get the antidote is if Betty shoots and kills her father who's guarding the medicine. And if she doesn't take him out, he'll shoot her along with her friends. After some back-and forth verbal spats, Betty shoots Hal, but doesn't kill him. Penelope — apparently tired of all the nonsense — comes out and shoots Hal in the head.

Eventually, the teenage squad is rescued by Cheryl, Toni, and the Pretty Poisons gang, which allows Betty and Veronica to take the antidote. But amid the chaos, Penelope slips away to who knows where.