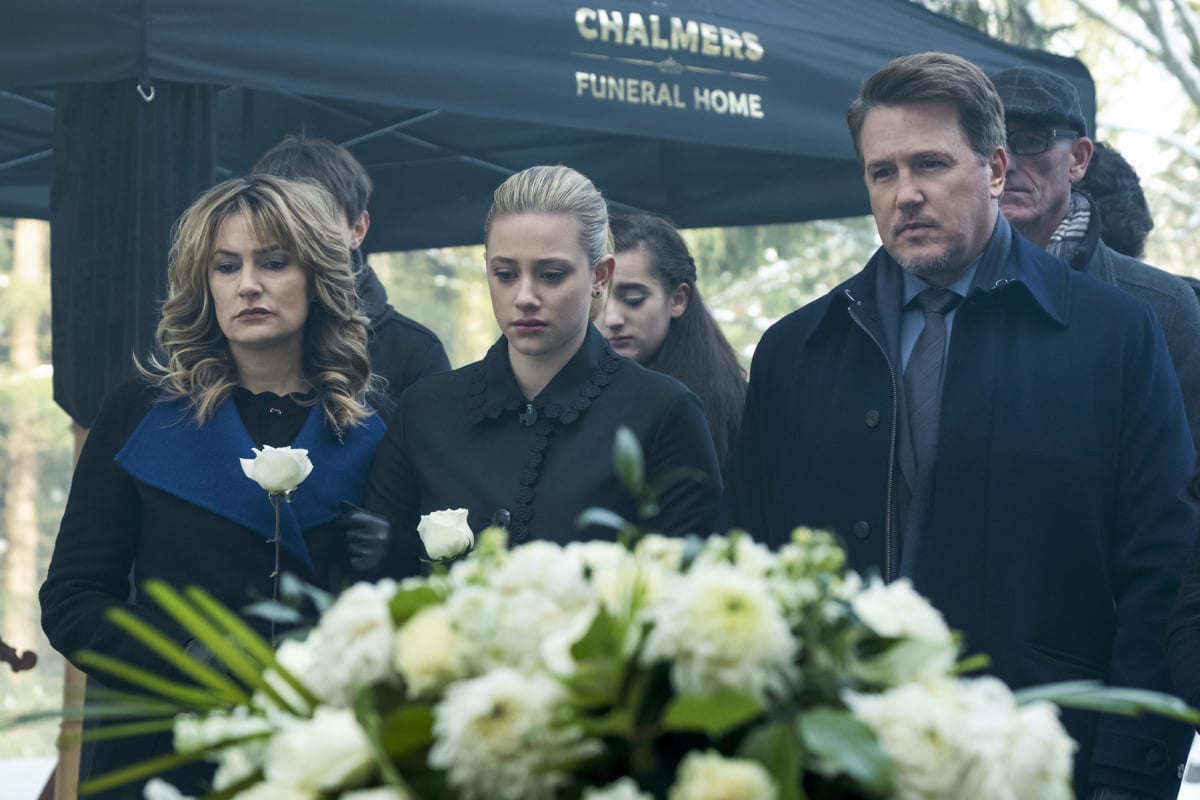 Spoilers for Riverdale below!

Riverdale loves to keep fans guessing, and the mystery surrounding the Black Hood this season is no different. After fans came up with elaborate and convincing theories about who the killer could be, the reveal during the season two Winter finale was kind of a letdown. As Betty and Archie hold the serial killer at gunpoint, he is shot by Sheriff Keller on the other side of the bridge. The killer dramatically falls to the ground, and Kevin's dad confirms that he's dead. Then, Archie whips off the mask to reveal that the Black Hood is . . . high school janitor Mr. Svenson. But as fans guessed, the reveal was actually a fake-out.

During the show's musical episode, the mysterious season two villain makes a shocking return. As the high school puts on a production of Carrie: The Musical, Kevin is blackmailed with letters telling him to recast Cheryl as the title character . . . or else. After be begrudgingly obliges, everything goes up in flames during the musical's big opening night. In the middle of one of the scenes, Alice turns around to find Midge, who took on the role of Carrie, murdered in cold blood. As her body hangs lifeless on the wall, a message written in blood reads: "I am back from the dead. All those who escaped me before will die."

Related:
Who Is the REAL Black Hood in Riverdale? We've Got 7 Major Suspects

So, who exactly is the mystery villain, after all? Well, that popular fan theory about Hal Cooper turned out to be true. During the nail-biting episode, "Judgment Night," we learn more about Hal's haunting backstory, and it sounds like crazy runs in the family. He reveals that it actually wasn't Grandpappy Blossom that killed Grandpappy Cooper but the other way around, and he took the name Cooper as a cover. In addition, it was Hal's father who killed the Conway family. Apparently, Hal was brainwashed as a kid to believe that Riverdale needed to be cleansed of sinners, and those thoughts were triggered during Betty's speech at the Riverdale Jubilee.

After an intense confrontation with Hal, Alice and Betty managed to get out unscathed but not before another twist is added into the mix. As Hal is arrested by the police, Archie arrives at the Cooper's house and tells Betty that the Black Hood just tried to attack them at their house. Wait, what? As Betty tells him how impossible that sounds, since Hal was with her and her mom the whole time, we're left to wonder if there is actually another Black Hood still running around town. Guess we'll just have to wait until the season two finale to know for sure.