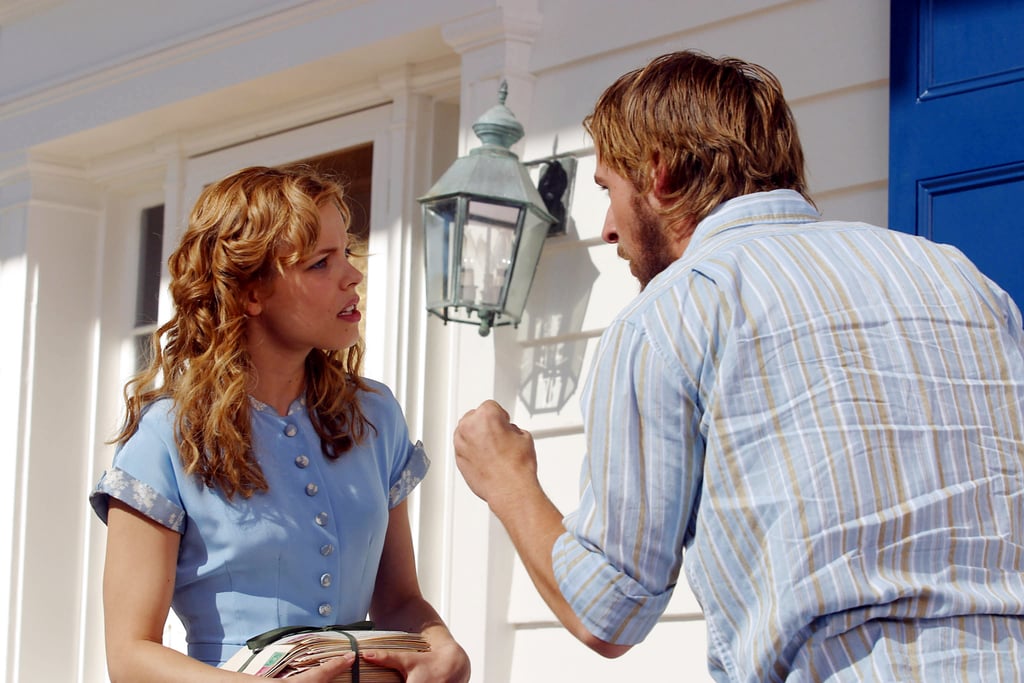 Ryan Gosling Wanted to Burn the Windsor Plantation Down

After spending so long renovating the Windsor Plantation in the film, Ryan Gosling apparently thought the logical next step for Noah would be to burn it all down. Director Nick Cassavetes told VH1: "He'd come to me and say, 'Why can't I burn the house down?' I'd say, 'Because I don't even know what that means.' And he'd say, 'Cleansing my fire!'" The idea didn't stick, but it wasn't for lack of Gosling trying.

Tweens and Teens
The Kissing Booth 2 Is a Fun Sequel, but There’s Plenty to Consider Before Watching With Your Tweens
by Alessia Santoro 10 hours ago

Barbie Ferreira
Unpregnant Is a Buddy Road Comedy With an Unlikely Objective: Abortion
by Kristin Harris 12 hours ago

Disney
Whether You Have Disney+ or Not, You Won't Wanna Miss Freeform's Disney Marathons in September
by Alessia Santoro 16 hours ago