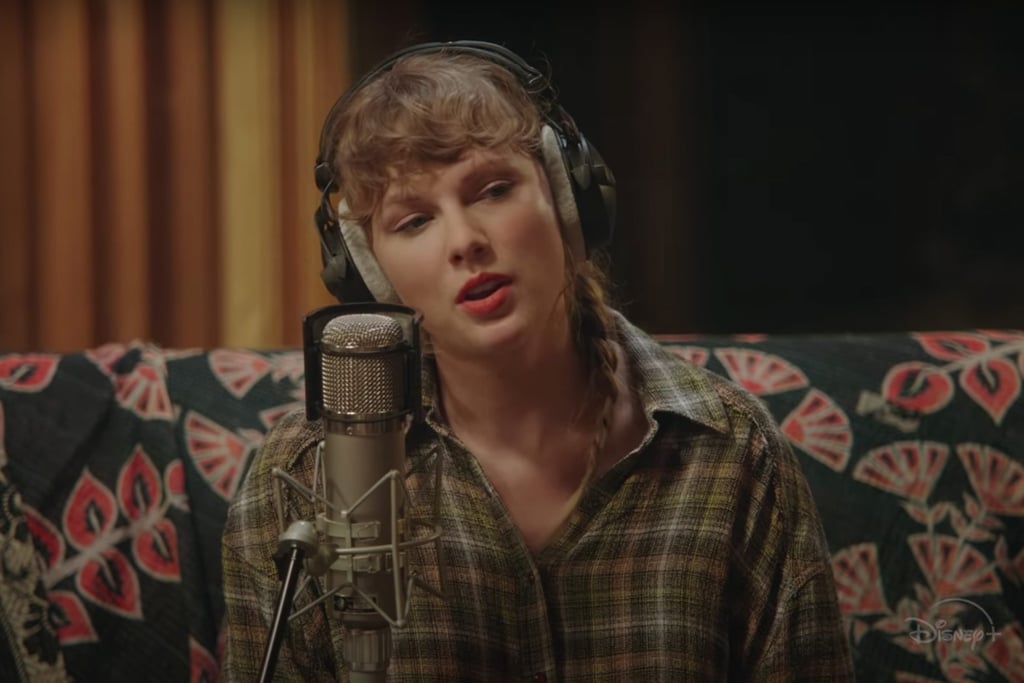 It's been about four months since Taylor Swift gifted us with her Folklore album, and now the singer is opening up about the songwriting process with her new Disney+ film. In Folklore: The Long Pond Studio Sessions, which was released on Nov. 25, Swift gave us a peek into her incredible mind as she discussed how she created tracks like "Invisible String," "Exile," "My Tears Ricochet," and more. Plus, we finally learn the identity of the mysterious songwriter William Bowery. Yes, it's exactly who you thought it was. Let's just say, hearing her talk about each track will completely change how you listen to the album going forward. Read ahead for more interesting facts Swift revealed about Folklore.