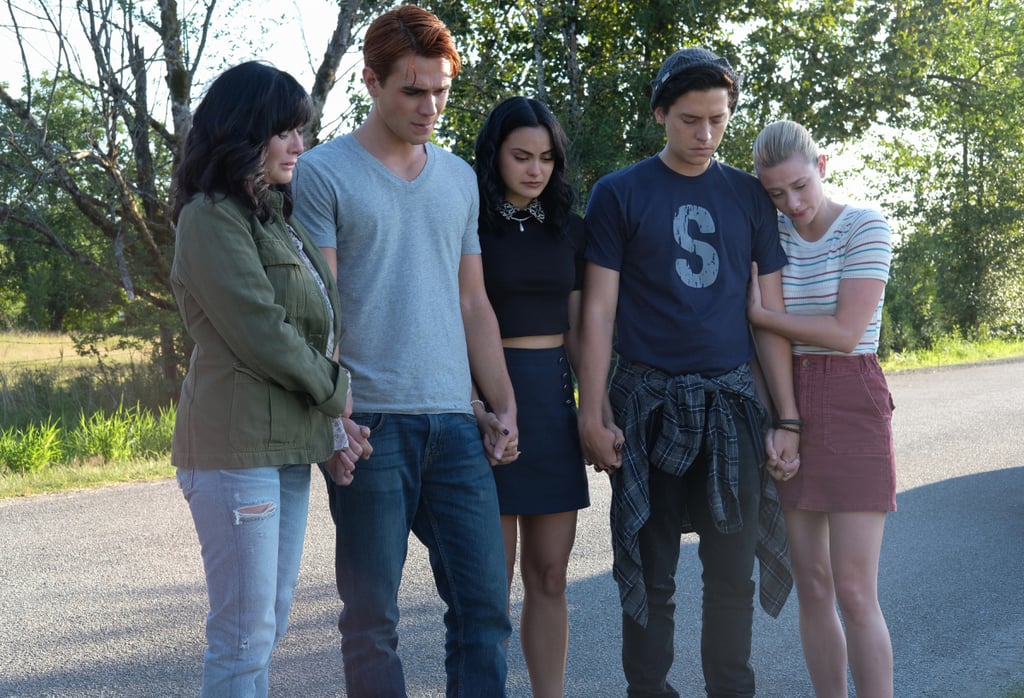 Riverdale's fourth season premiere, titled "In Memoriam," featured a deeply emotional tribute to Luke Perry. After the death of Perry, who portrayed Fred Andrews in the series, showrunner Roberto Aguirre-Sacasa shared his plan to honor the late actor in a special way, and he certainly delivered. During the episode, fans said goodbye to Perry's character as it's revealed that Fred dies in a hit-and-run accident after pulling over to assist a stranded driver. The person he stops to help — and saves from an oncoming car, thus sacrificing himself — is later identified as a woman played by Perry's former 90210 costar Shannen Doherty.

It was a heroic end for Perry's beloved role, and fans couldn't hold back their emotions as they reacted to the heart-wrenching episode. One Twitter user took note of the costars' natural responses to Fred's death, writing, "Just knowing anytime they shed a tear, it wasn't just for Fred, it was also for Luke just shook me, well done." Another user also commended the show's homage, saying, "I really have no words for how amazing yet heartbreaking this episode is. What a beautiful way to remember such a beautiful soul." Look ahead to read more reactions to what might truly be Riverdale's best episode to date.