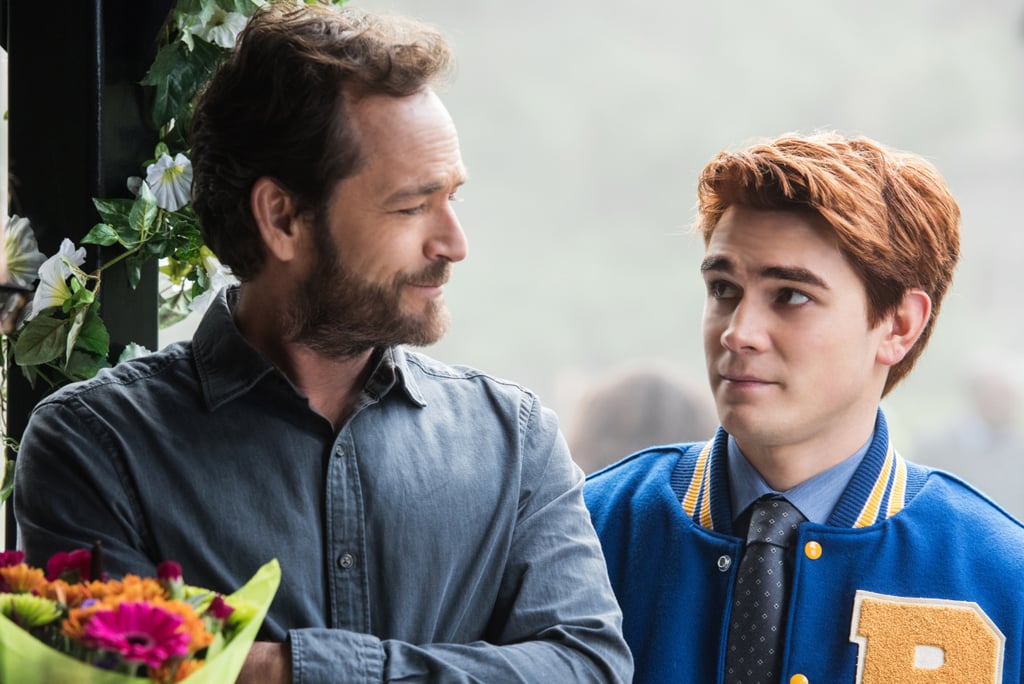 With Riverdale set to tribute Luke Perry in its season four premiere on Oct. 9, we're remembering the late actor's impactful role. When the series debuted in 2017, Perry's character, Fred Andrews, was established as one of the most kindhearted characters and father figures in the fictional town — an epithet that lasted throughout his time on the show. Sadly, Perry died at age 52 in March after suffering a massive stroke. But his onscreen run as Archie's dad will never be forgotten. Look ahead to read some of his best quotes from the CW drama.