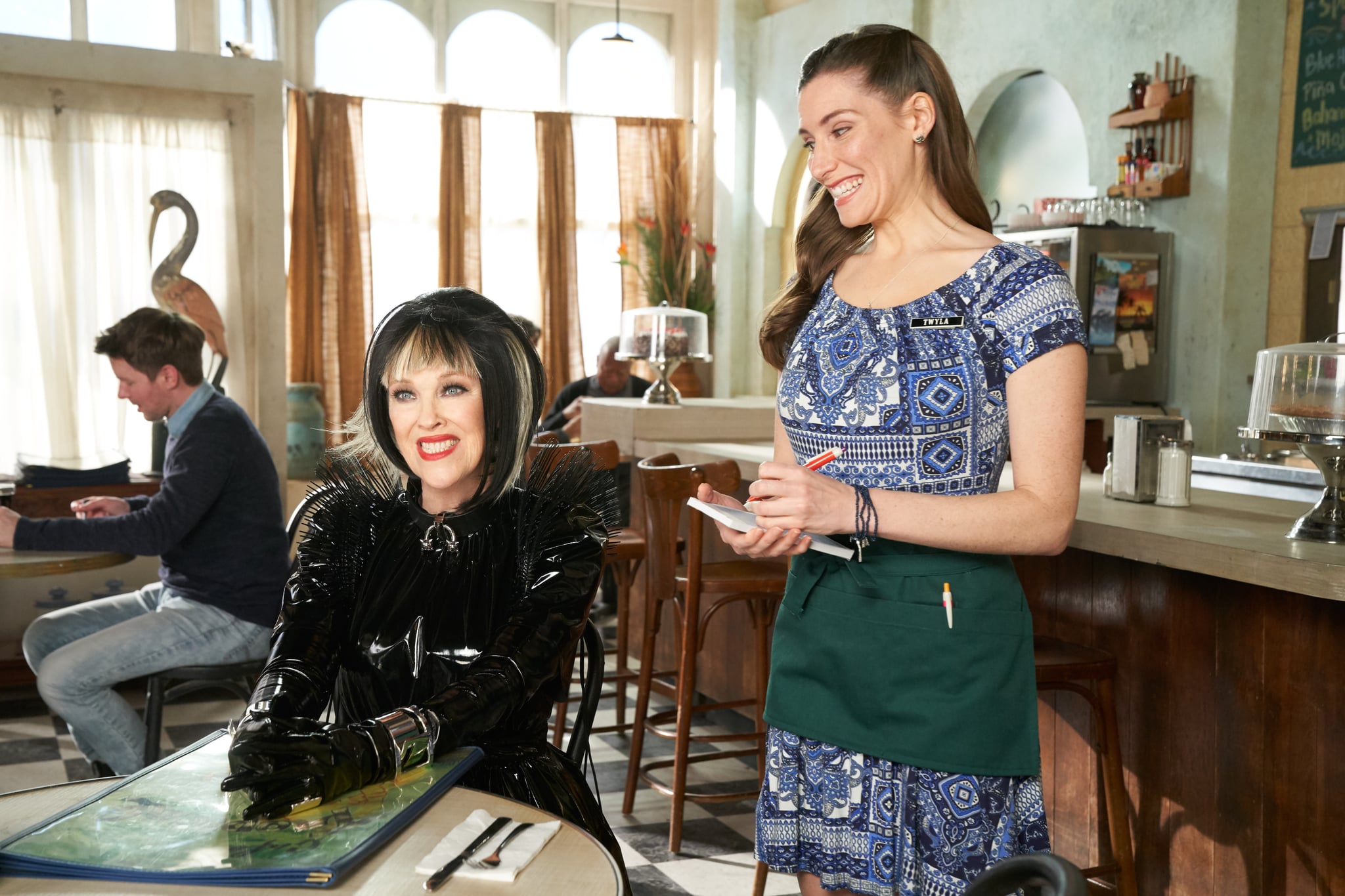 If Schitt's Creek characters were astrological signs, I'd like to be a Twyla Sun with an Alexis Moon rising. (Is that how astrology works? Don't @ me.) There's no shortage of commanding personalities in this tiny fictional town, and although I envy David's sweater collection and chuckle over Moira's vast vocabulary, it's Twyla I want to emulate at the end of the day. Twyla is a quiet but constant force for good, and I'm glad to see that after part one of the series finale, she's getting the recognition she deserves.

When viewers first meet Twyla (portrayed wonderfully by Sarah Levy), she might come across as a wallflower, but don't be mistaken — she is so much more than the girl behind the cafe counter. Yes, she is a listening ear for the Roses — as they rack up a hefty tab — but she is also strong in her own right.


We all need a Twyla in our lives.

Twyla frequently mentions her childhood throughout the show, and uh, it seemed pretty harrowing. Levy once joked that a Twyla spinoff would look a lot like Breaking Bad, and from what Twyla alludes to, that doesn't sound far off. Her mom had a string of bad boyfriends, her aunt is connected to paranormal activity, her cousin got trampled, she was banned from casinos as an unaccompanied minor — the list goes on. You might think a character with those experiences would be bitter, but no. If anything, Twyla is all the more earnest because of the things she's seen.

Twyla is also a good friend. Over the Pop TV show's six seasons, she serves as an advice-giver for most everyone who wanders into Café Tropical, but especially Alexis, with whom she forms an unlikely bond. Mutt Schitt (yes, a real character's name) be damned, these women with seemingly nothing in common share some of the most heartwarming moments the show has to offer. At first, Alexis arrived in Schitt's Creek with a poor perception of friendship and a self-serving attitude. I like to think Twyla helped change that.

I won't spoil the show for anyone who's waiting for the final season's Netflix drop, but just know that Twyla's generosity and kindness continues until the very end. She continues to be the type of woman who will write songs for her boyfriend, give Taro card readings, and stand up for the people she loves. What I mean to say is: we all need a Twyla in our lives, and if that spinoff show ever actually happens, you better believe I'll be tuning in.