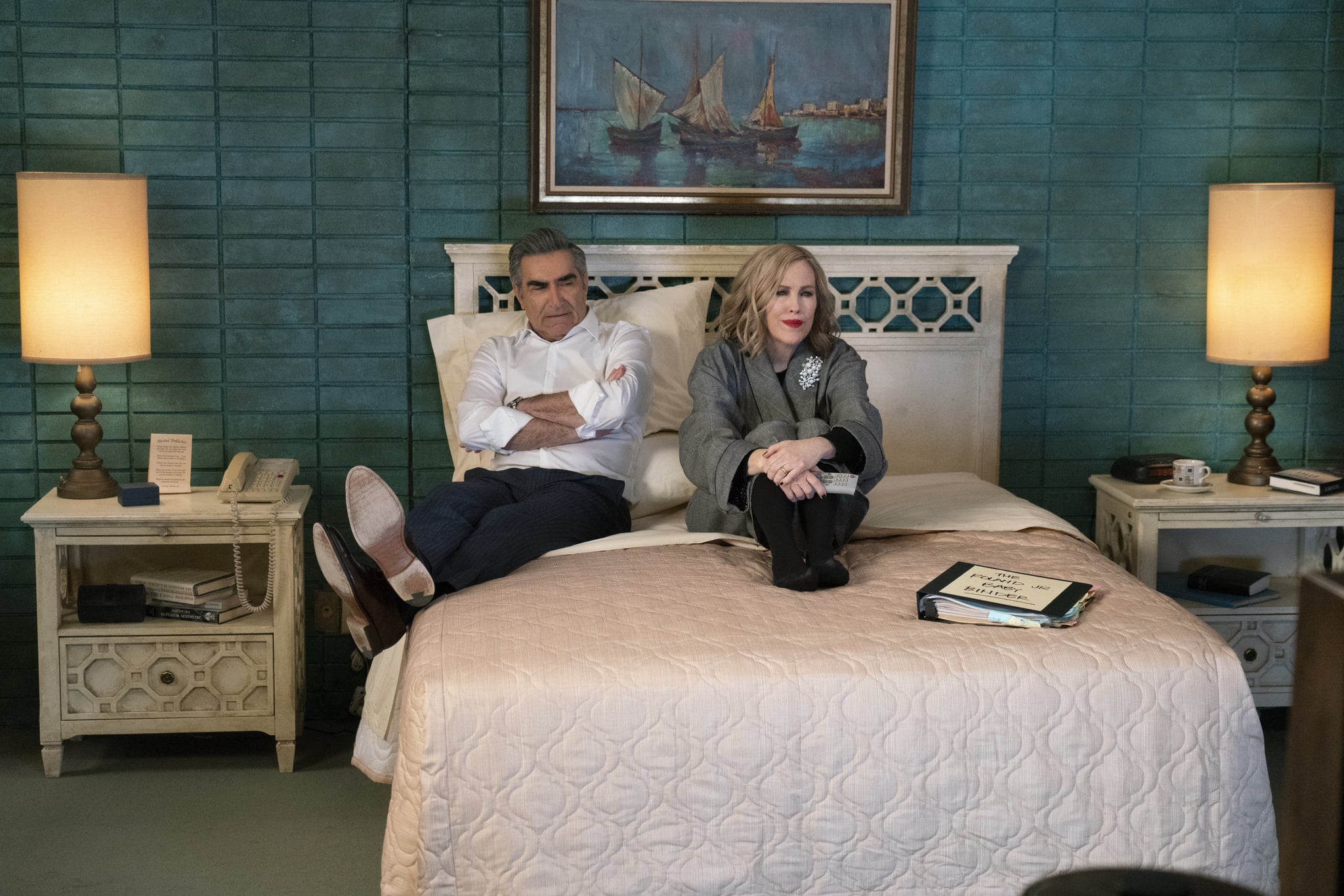 Update: Although Netflix said that the sixth and final season of Schitt's Creek would be available to stream in the United States and Canada on Oct. 7, the streaming giant surprised fans by releasing the installment four days early on Oct. 3! The documentary Best Wishes, Warmest Regards: A Schitt's Creek Farewell also dropped on the same day, so we've got some binging to do. Dan Levy shared the news on Twitter. "Surprise! Season 6 & the Best Wishes, Warmest Regards documentary just dropped early on @netflix @Netflix_CA!" he wrote. "Have a great weekend!"

Original post: We're only a couple months out from the TV premiere of Schitt's Creek's final season, but when will season six arrive on Netflix? The beloved sitcom took off exponentially thanks to its growing popularity on Netflix, but for fans who watch the comedy solely on streaming, they'll have to wait a little longer for that final batch of episodes.

While some shows have unpredictable streaming patterns, Schitt's Creek is as straightforward as it gets. For the past few years, the release dates have followed the same pattern. The episodes air weekly on Pop TV for American audiences beginning in January, and run for 13 or 14 weeks. There's about six months of lag time over the Summer, and then the season drops all at once on Netflix. Season five, for instance, landed on Netflix on Oct. 10 of this year. Given the repetitiveness of this pattern, it seems pretty safe to assume that the same will hold true for season six.

Now that we've got a trailer (even one without any actual footage from the new episodes), the countdown is truly on for the final season of Schitt's Creek! The whole cast is back one last time: Eugene Levy as Johnny Rose, Catherine O'Hara as Moira Rose, Dan Levy as David Rose, Annie Murphy as Alexis Rose, Noah Reid as Patrick Brewer, Emily Hampshire as Stevie Budd, and Dustin Milligan as Ted Mullens. Chris Elliot and Jenn Robertson will return as Roland and Jocelyn Schitt, along with Sarah Levy as Twyla. We expect the new season to cover the fallout from some of season five's biggest storylines: the collapse of Moira's big film comeback, Alexis and Ted's trip to the Galápagos Islands, and David and Patrick's engagement. It's sure to be a great season, even though we're not even close to ready to say goodbye!

Downton Abbey
Are The Gilded Age and Downton Abbey Connected? The Showrunner Answers
by Amanda Prahl 12 hours ago